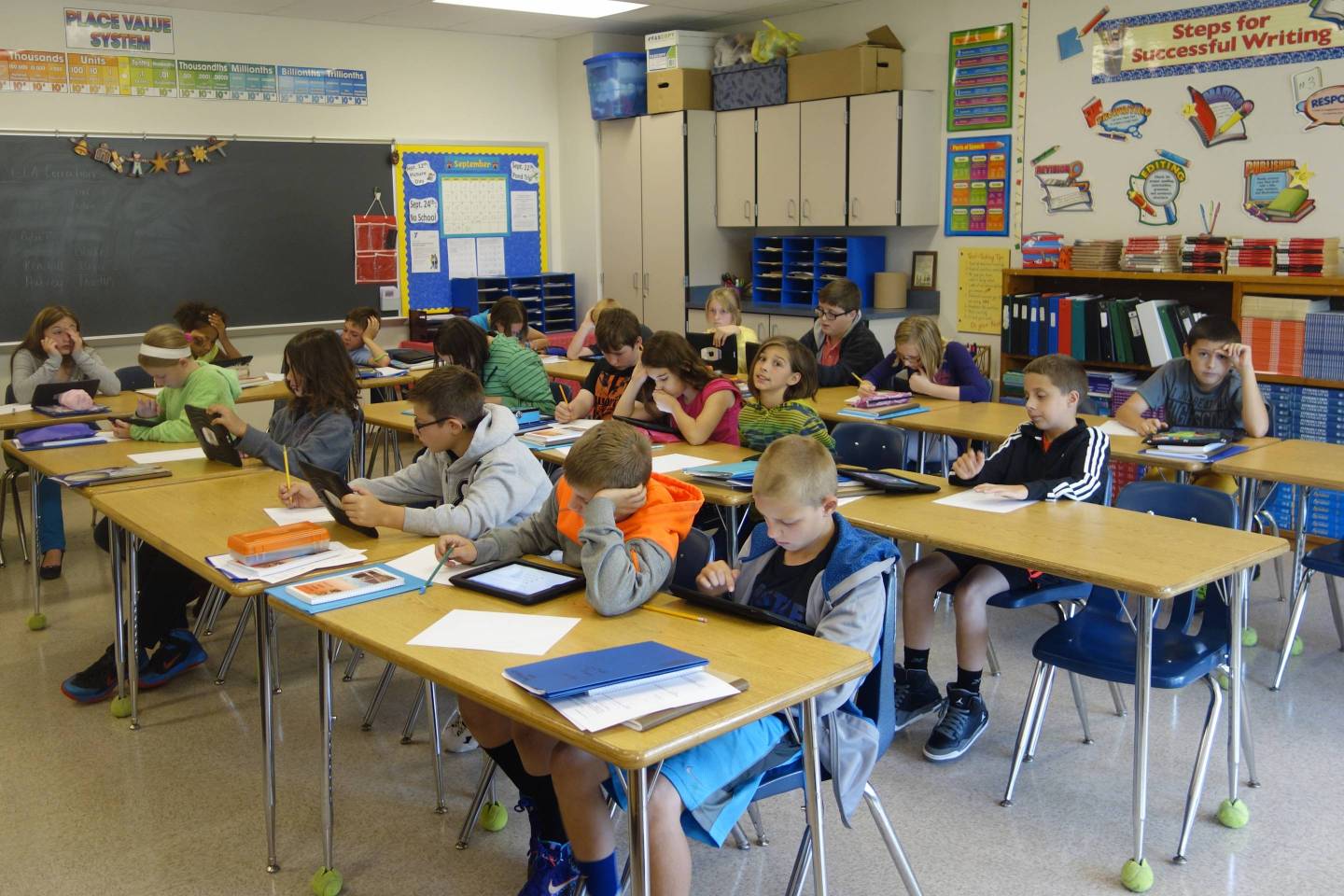 This article first appeared in Data Sheet, Fortune’s daily newsletter on the top tech and gadget news. Sign up here.

Aaron in for a vacationing Adam on this muggy Wednesday in Boston. Apple reported quarterly results last night and buried in all the iPhone excitement was an interesting statistic that caught my eye: iPad sales to schools jumped 32% from last year.

Back in March, without too much fanfare, Apple introduced a new version of its basic 9.7-inch iPad at a lower starting price of $329. Our district has to buy hundreds of iPads a year, so I immediately let our superintendent know the good news. The school’s fiscal year starts in July, so this summer, our dollars will go farther at Apple than in the past.

Price cutting is an obvious way to compete in the education market, where budgets are always tight. Sadly, the cheaper iPad probably had more impact on Apple’s (AAPL) sales to schools than the many improvements the company has made to its classroom and device management software offerings. (A few years ago, every student had to load apps required by the school individually via their own Apple ID—a total nightmare to administer—but now we can do installs systemwide.)

Lately, Google’s Chromebooks have overtaken Apple products in schools, selling 58% of all devices last year versus Apple’s 14% share for iPads and 5% for Mac computers. That has a lot to do with lower prices as well as the near-ubiquity of Google’s (GOOGL) free software suite. Microsoft (MSFT) is trying to gain ground with its cheaper and more locked-down Windows S software and, announced just yesterday, new hardware subscription plans.

Ultimately, though, it’s not the device that matters. Amid too much research that technology in schools has not improved educational outcomes, the focus has to be on developing curriculum and training teachers to take advantage of the new capabilities afforded by the devices. Here’s hoping some of the money saved on iPad purchases get used for those worthy efforts.