Nike, Under Armour, and More Companies That Missed Their Revenue Goals 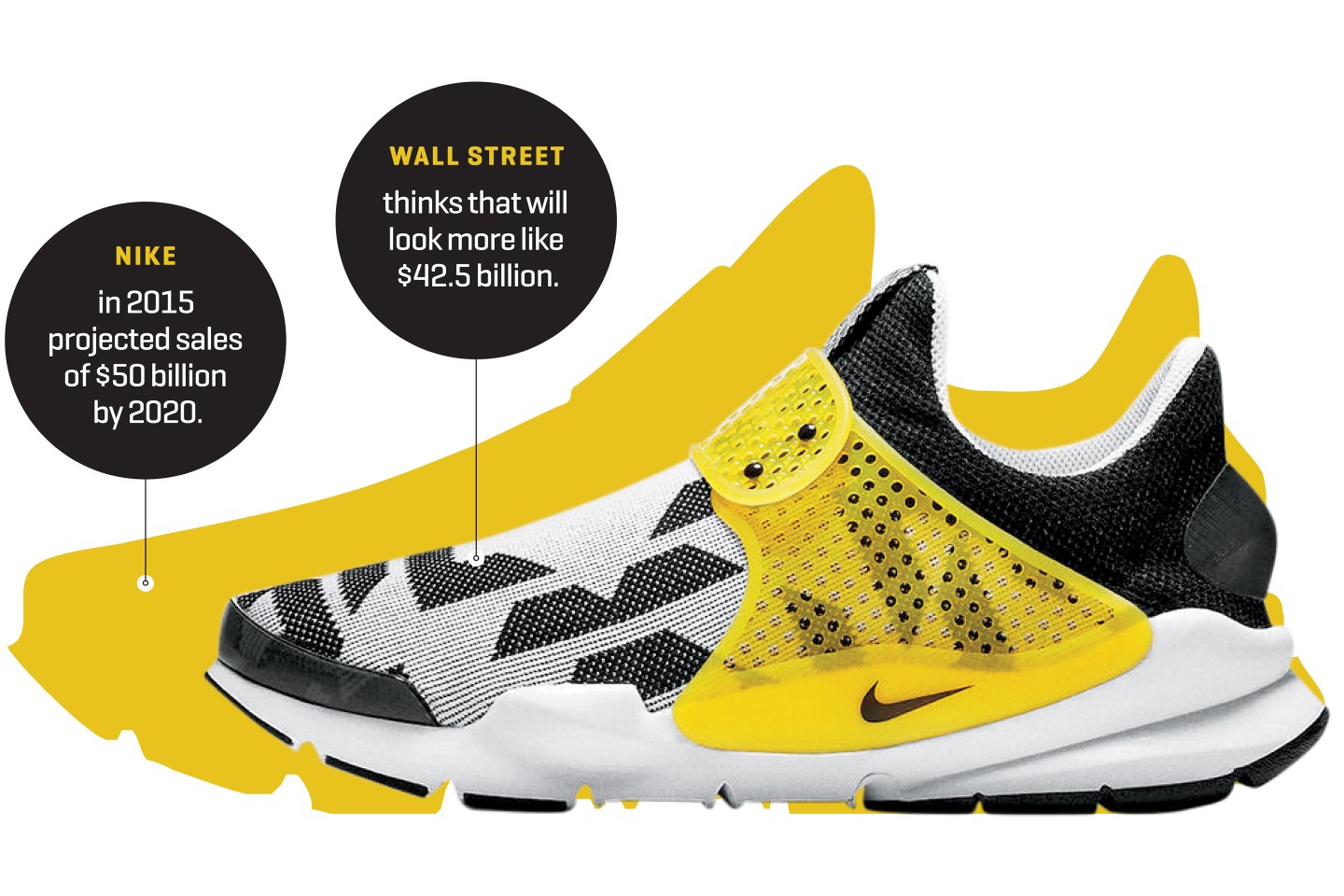 When Nike (NKE) recently announced it would start selling on Amazon after years of hesitation, some saw a potentially brand-damaging move. But the company needs the e-commerce giant’s help to make good on a bold promise it made two years ago: hitting annual sales of $50 billion by 2020—a 67% jump.

Though it’s thriving, Nike is facing a resurgent Adidas and a growing Under Armour, not to mention a retail environment that is “not in a steady state,” to quote Nike CEO Mark Parker. Wall Street analysts expect Nike sales to hit $42.5 billion in three years’ time, according to Bloomberg. That’s impressive, but well off the shoemaker’s original target.

Nike is hardly the only company now finding it hard to meet its own lofty projections. In February, Nestlé, now grappling with an activist investor, said it was taking a “timeout” from its long-term goal of raising organic sales 5% to 6% a year. J.C. Penney (JCP) has twice in the past three years had to walk back ambitious revenue targets. The list goes on (see below).

There’s a natural temptation for CEOs to promise the sun and moon, but given the current travails in the retail and consumer worlds, and the blow to companies’ stocks when they fail to deliver on sky-high targets, leadership would be well-advised to rein it in a bit.

Lululemon (LULU)
Leadership in 2016 said sales would hit $4 billion by 2020. Wall Street expects that will land closer to $3 billion.

A version of this article appears in the Aug. 1, 2017 issue of Fortune with the headline “Setting Big Hairy Goals—and Missing.”