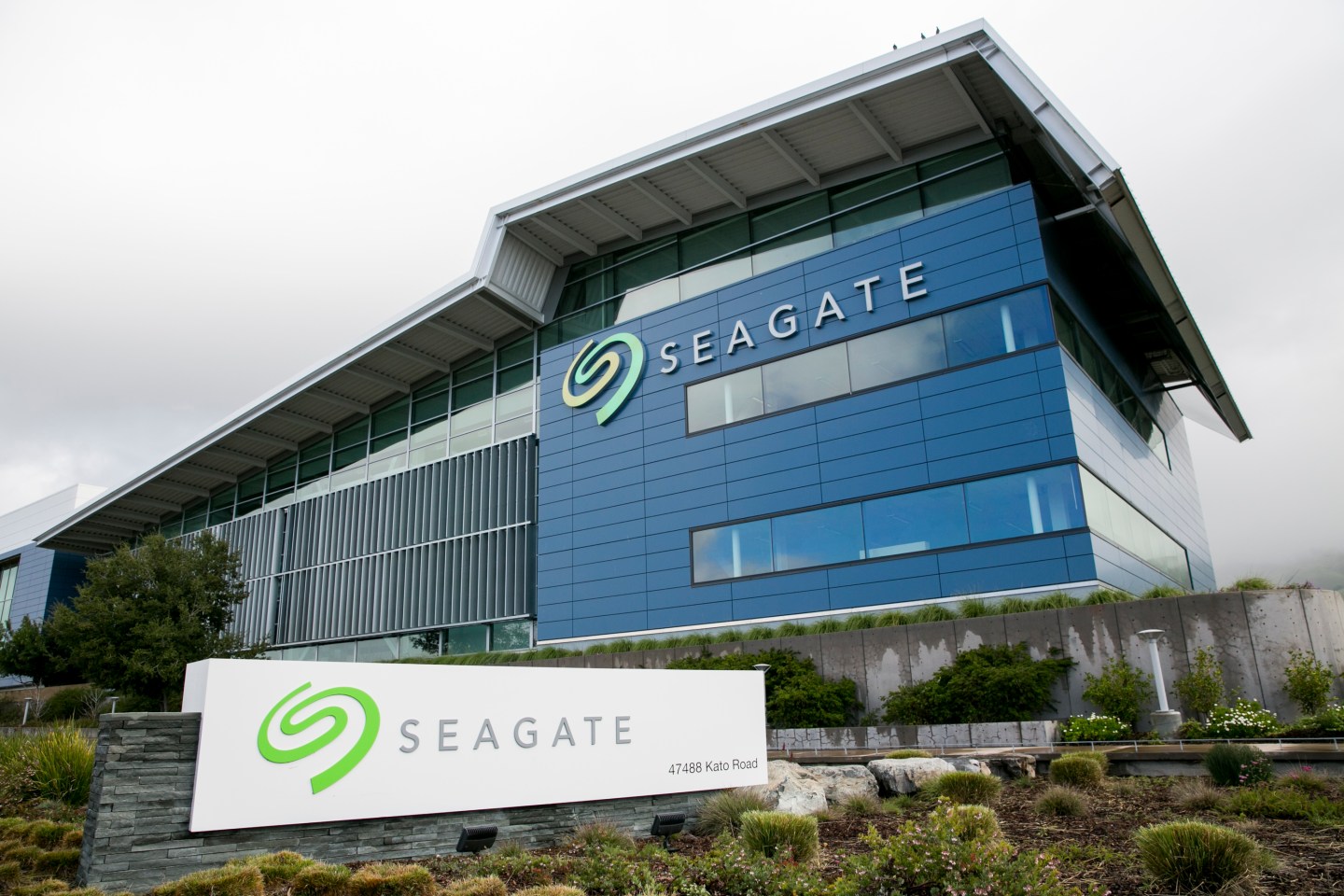 Along with the PC market, the company”s business of selling the hard drives that accompany personal computers has continued to decline. The hard-disk drive maker reported sales of $2.4 billion in its latest quarter, a 9% drop from the $2.65 billion it brought in during the same period last year.

Additionally, the company reported earnings per share of 65 cents for its fourth quarter, down significantly from the 98 cents per share that Wall Street analysts were expecting.

Long-time CEO is stepping down

Seagate CEO Steve Luczo said he would step down from his position on Oct. 1, when he becomes the company’s executive chairman “in order to focus on longer-term shareholder value creation,” according to the company.

“It has been an honor and a privilege for me to have served as Seagate’s CEO in 16 of the last 20 years,” Luczo said in a statement. “I am excited about our future and I look forward to working with Dave in my new role as executive chairman at Seagate.”

Wall Street didn’t respond well to the company’s quarterly report. Seagate shares dropped 16.50% by the market’s close to $33.20. Shares were down a little less than 1% in after-hours trading to $33.10.