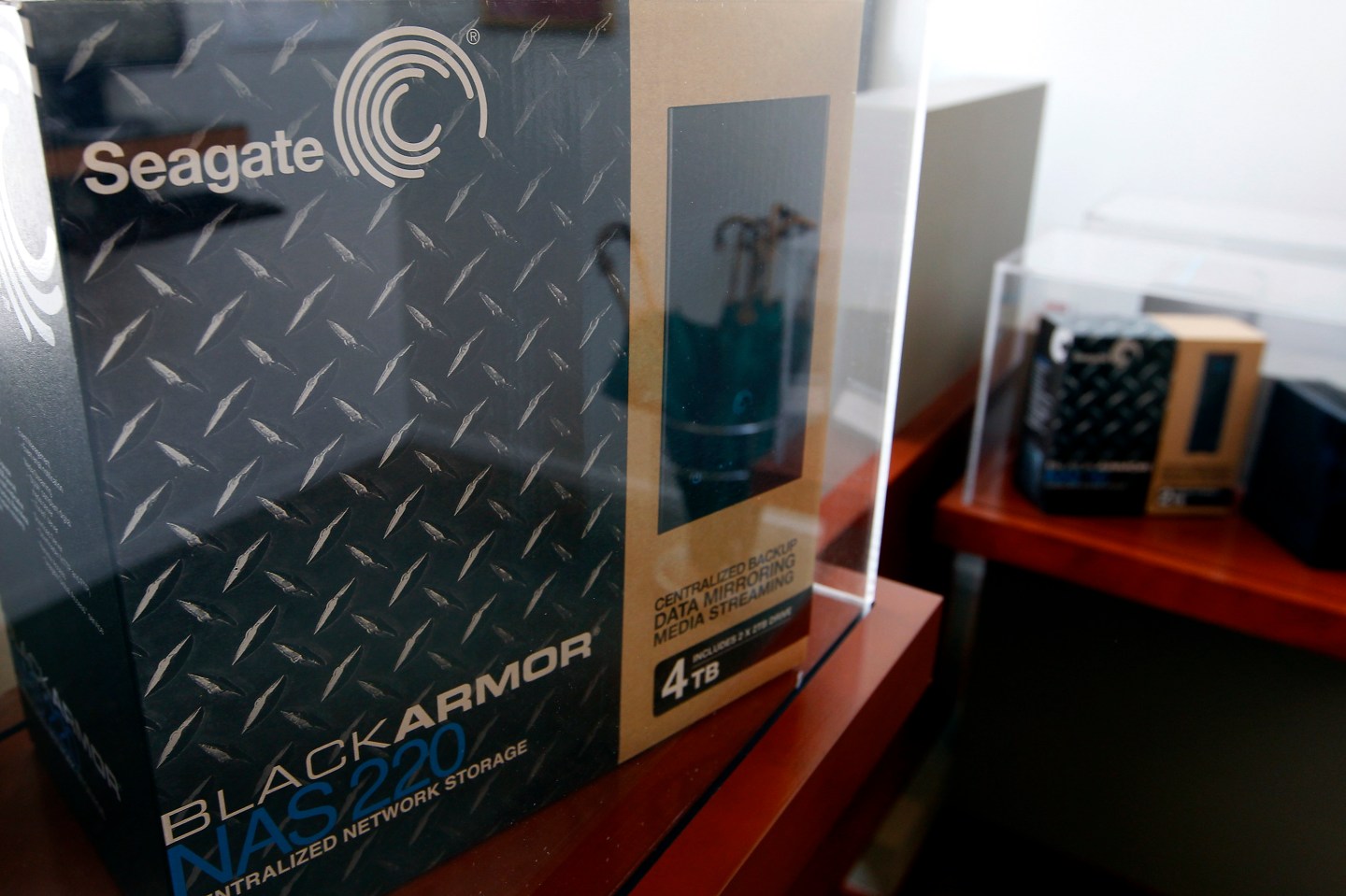 With the personal computer market on track for its fifth consecutive year of decline, the companies that long profited from the market’s ascent are still struggling to evolve.

The latest to join the hurry-up-and-change parade this week was hard drive maker Seagate Technology. The company, which just announced a modest 1,600 worker layoff a few weeks ago, said on Monday it would cut another 6,500 jobs over the next year. Together, the cuts equal almost one out of every five employees.

At the same time, Seagate (STX) gave an early sneak peek at its just completed fiscal fourth quarter, boasting revenue and profits were better than expected. How much better? Revenue of $2.65 billion was nicely above the company’s prior forecast of $2.3 billion. Wall Street was ecstatic, pushing Seagate’s stock price up 22%—and yet the $2.65 billion still marked an 18% drop from the same quarter of 2015.

CEO Steve Luczo, who has spent nearly his entire seven plus years at the helm in the era of PC shrinkage, didn’t offer much in the way of explanation, and the company issued its press release on Monday night without speaking to analysts or reporters.

“Seagate will continue to evolve its product offering, technology investment and manufacturing footprint to best serve our customers with the world’s most advanced and cost advantaged (hard disk drive) products,” Luczo said in a statement, referencing the company’s older line of traditional drives with spinning disks. The CEO also pointed to improving sales of larger capacity drives aimed at corporate networks and cloud data centers.

But that leaves Seagate stuck in virtually the identical position as its PC market peers such as Microsoft (MSFT), Intel, and IBM (IBM). All are chasing new growth markets, like cloud data centers or mobile devices. But none of the new markets appear to offer the same opportunity for sales and profit—not to mention the near-monopoly status some vendors attained.

So Luczo is following the strategy perhaps best laid out this year by Intel (INTC) CEO Brian Krzanich, who is cutting about one in ten jobs as he refocuses the chipmaker on the most promising areas for growth. Microsoft, IBM, HP, and VMware (VMW) among many others have similarly gone through major job cutbacks.

It was never supposed to be this hard. Analysts have been saying for years that PC shipments, which hit 352 million worldwide in 2011 according to International Data Corp, would stabilize. But except for a quarterly blip here and there, the market has headed down faster than anyone anticipated. Last year’s shipments of 276 million PCs represented a total 22% drop from the 2011 peak. Sales in the first half of this year are down another 8%.

The 2016 figures are even worse than they seem for companies like Seagate, as the decline in the number of PCs doesn’t take into account that a growing number of those units are Chromebooks and other low end devices that include very little built in storage.

For more on how Intel is dealing with its hard times, watch:

The bottom line is that even with Seagate’s stunning, one-day 22% jump, accompanied by a pocket full of Wall Street analyst upgrades, the stock is still down 20% this year and still faces an uphill battle to find growth that can bring in the same amount of business as the glory days of the PC market.