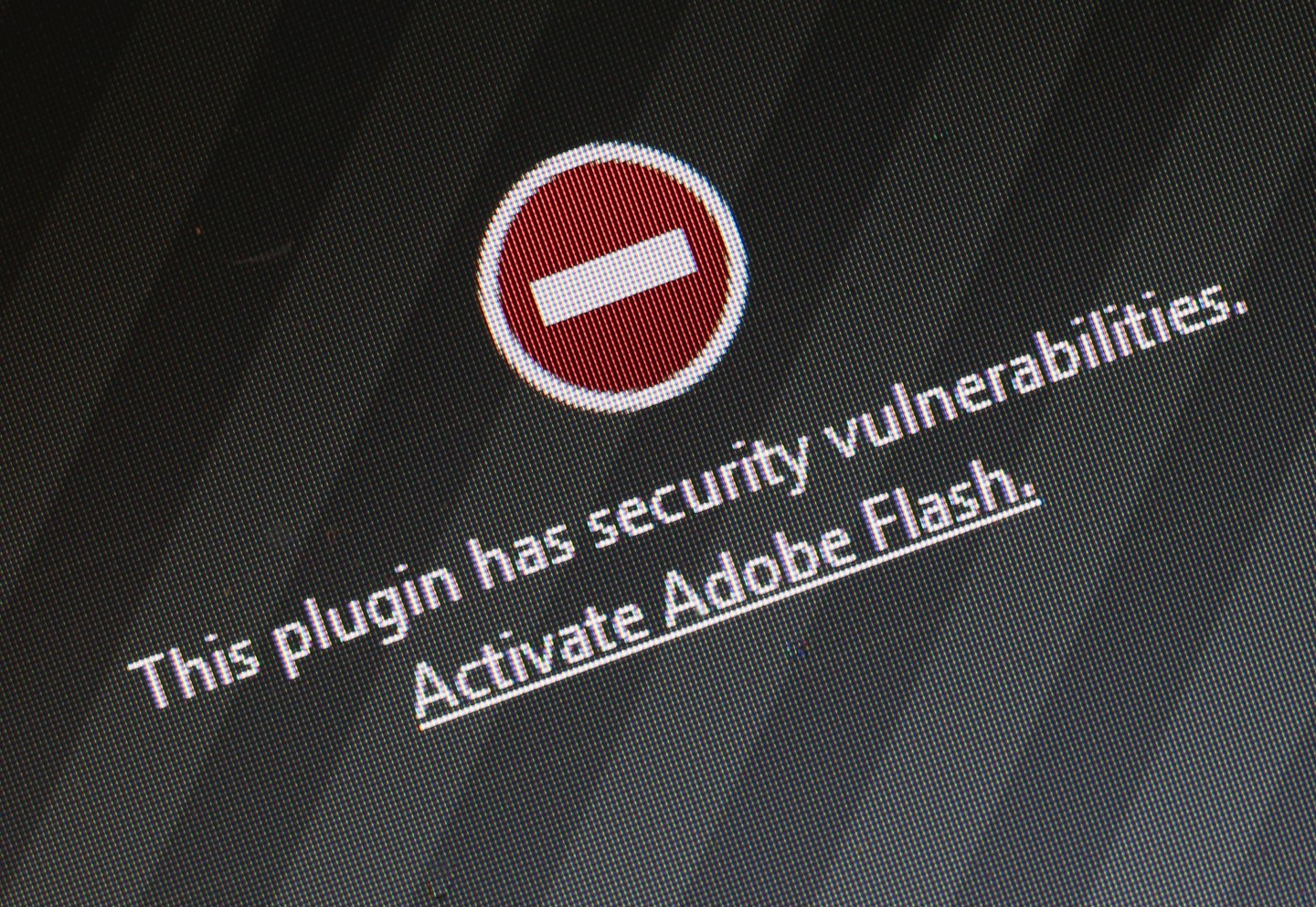 BERLIN, GERMANY - JULY 14: A window on the Mozilla Firefox browser shows the browser has blocked the Adobe Flash plugin from activating due to a security issue on July 14, 2015 in Berlin, Germany. According to online reports Adobe Flash is easily exploitable on several fronts by hackers, who can use Flash to gain access to a user's computer, and that so far Adobe has not yet released a fix. (Photo by Sean Gallup/Getty Images)
Sean Gallup—Getty Images

It’s an end of an era for Adobe Flash, the software that helped bring online video to the masses in the Internet’s early days but also frustrated people for nearly two decades over its frequent updates and buggy nature.

Adobe Systems said Tuesday that it plans to stop improving and distributing its Flash player by the end of 2020.

The software company’s decision to phase out Flash is noteworthy considering that the software has been synonymous with Adobe (ADBE) since its debut for playing videos and animations in web browsers. As the Internet matured and grew in popularity over the years, so did Flash, which became one of the most widely used ways for people to watch video clips and play online video games.

But as more people used Flash, criminals increasingly found ways to exploit security vulnerabilities in the technology and hack into people’s computers. Flash’s increasing holes and bugs soon became a source of frustration for some of the world’s biggest technology companies.

Apple’s (AAPL) late CEO Steve Jobs, for example, once wrote a 1,700-word essay about what he perceived were Flash’s big shortcomings, such as its poor design for touchscreen devices like Apple’s iPhones and iPads, which was one reason Apple never supported the technology for those mobile gadgets. Jobs also singled out Flash’s security holes as the primary reason why Apple’s Mac computers crash.

Over the past few years, other tech companies also expressed frustration with Flash and instead began to use newer technologies like the HTML5 coding language to display video and interactive games. Big businesses like Google (GOOG) and Microsoft (MSFT) have already started their own initiatives to stop supporting Flash within their respective web browsers in favor of HTML5.

He said that Adobe chose to end Flash because it believes coding technologies like HTML5, WebGL, and WebAssembly that can display video and 3D graphics “have matured enough and are capable enough to provide viable alternatives to the Flash player.” The company will still provide security updates and the occasional new feature to Flash until the end of 2020, he said.

By giving an end date for Flash that’s a few years away, Adobe believes that businesses and developers that still use and rely on the technology will have enough time to shift to alternatives like HTML5. Although fewer people use Flash today than previously, Balakrishnan said many companies continue to use it and that Adobe doesn’t want to leave them hanging.

“Even as we see the usage of flash decline, we want to remain committed to them and flash technology until [companies] can migrate to the new standards,” Balakrishnan said.

He said that most Flash-based web content online is either for gaming or related to education.

Adobe is also partnering with Unity Technologies and Epic Games, which maintain their own software engines that power many popular video games, to migrate any Flash content to new web standards like HTML5. This is not a simple task and will “potentially take a few more years,” Balakrishnan said.

Balakrishnan said Adobe doesn’t “expect to see any impact” on its finances from phasing out Flash.

“During the 20- plus years, Flash has had an incredible role to play,” Balakrishnan said. “Few technologies have had such a profound impact in the Internet era.”