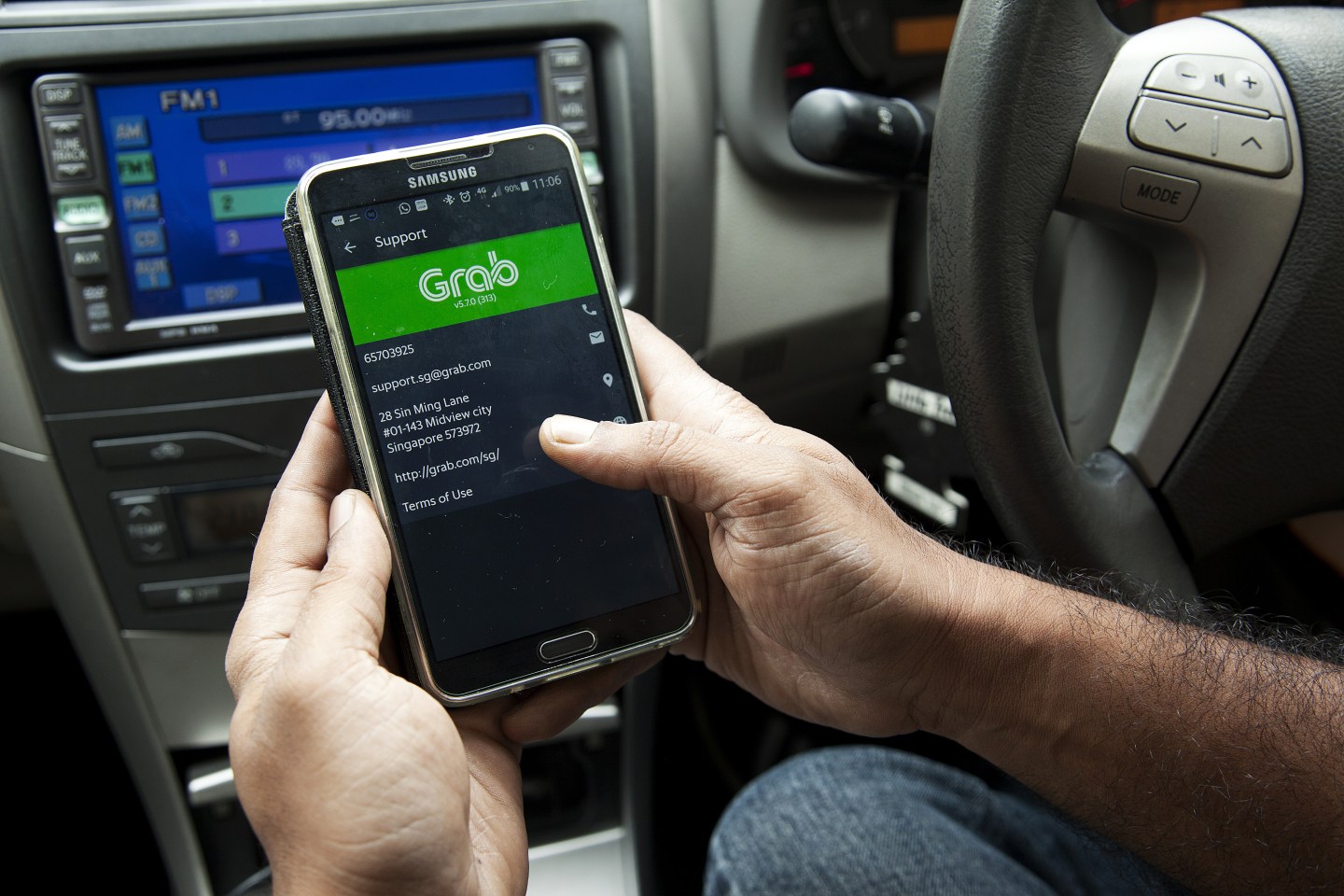 A GrabCar driver displays the support information page on the Grab app on a smartphone in an arranged photograph in Singapore, on Monday, Oct. 31, 2016. Grab is riding a Southeast Asian ride-hailing arena with some 620 million people, forecast to grow more than five times to $13 billion by 2025. Photographer: Ore Huiying/Bloomberg via Getty Images
Ore Huiying—Bloomberg/Getty Images

After retreating from China and Russia, Uber (UBER) is facing yet another challenge to its global expansion.

The increased funding from both Didi and Softbank is yet another sign of confidence in Grab’s goal of defeating Uber in Southeast Asia.

“Starting with transport, Grab is establishing a clear leadership in Southeast Asia’s internet economy based on its market position, superior technology, and truly local insight,” Didi CEO Cheng Wei said in a statement.

Grab said it also expects to raise another $500 million from new and existing shareholders, pushing Grab’s valuation upward of $5 billion.

In the last year, Grab has gotten a confidence booster in the form of Uber’s retreat from China, and more recently, from Russia. Back in August, Uber agreed to merge its China operations with Didi in a $35 billion deal. Then in mid-July, Uber and the “Google of Russia,” Yandex, announced that they had agreed to merge in Russia, Armenia, Azerbaijan, Belarus, Georgia, and Kazakhstan. It was a sign of resignation for Uber, which had been aggressive in its international expansion.

“[Uber] lost once, and we will make them lose again,” Grab CEO Anthony Tan wrote in an email to employees in August, after Uber China merged with Didi. “Didi’s success reinforces what we have believed all along, that local competitors can beat Uber in their own backyard.”

Grab claims the company commands about 95% of Southeast Asia’s market in third-party taxi hailing and 71% in private vehicle hailing, with about 3 million rides daily.

The news also comes as Uber is still managing a string of scandals, including accusations of a sexist work culture as well as driver protests. The company’s woes have led to disarray in upper levels, with CEO Travis Kalanick stepping down amid investor pressure. The company’s valuation has also fallen in the eyes of some of its investors. T. Rowe Price for example recently marked its holdings of Uber down by 5% — implying that the company, in its eyes, is worth about 3.4 billion less at $64.6 billion.