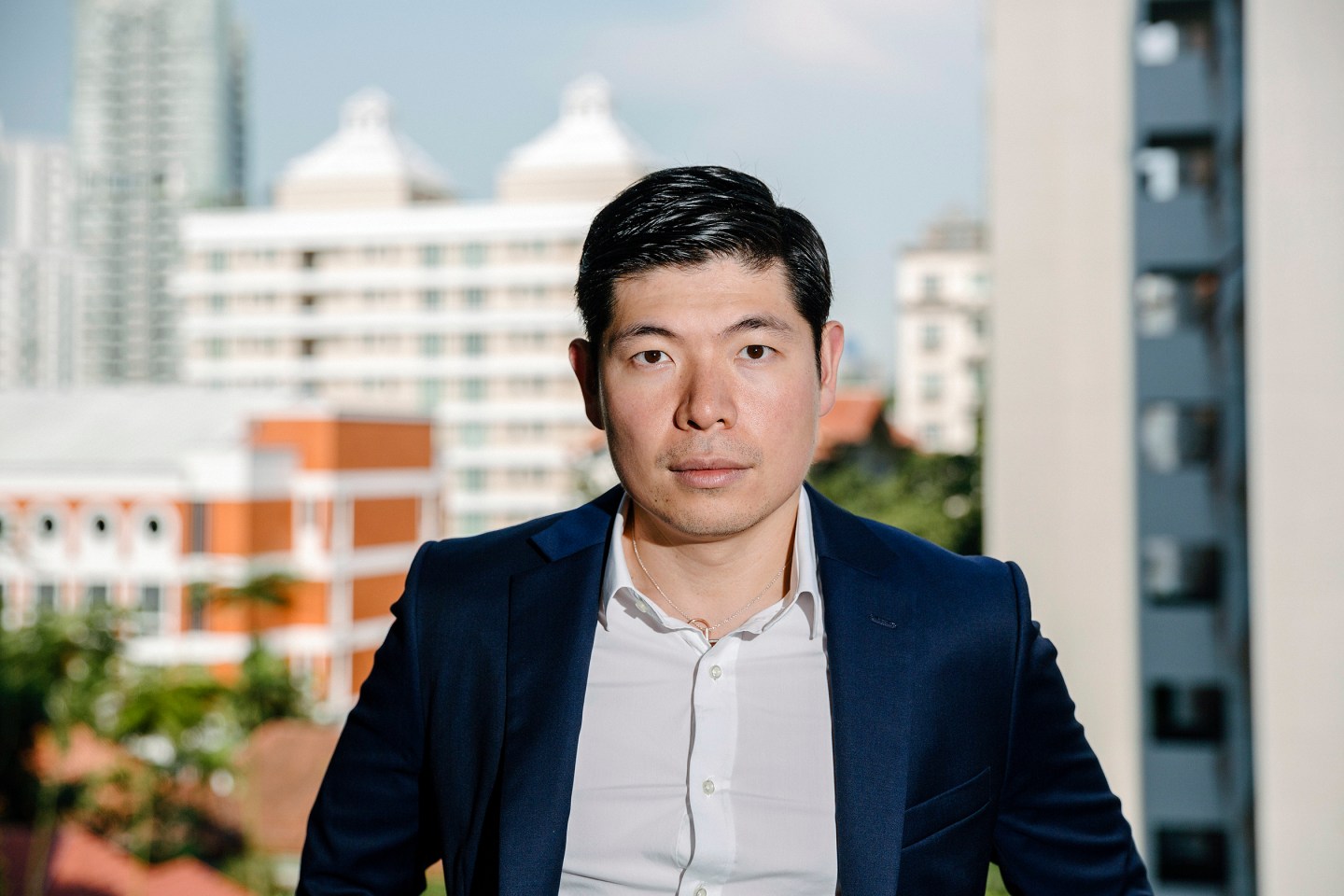 Anthony Tan, founder of GrabTaxi, stands on the balcony of his new home overlooking the cityscape of Singapore. The company is currently one of the big startup success stories of Southeast Asia. Tan founded the company in 2012 in Malaysia. Today the taxi app is available in 21 cities across the region, and has raised a total of US$340 million in funding.
Photograph by Ian Teh for Fortune Magazine

Dialed In: Since co-founding Grab in 2012, Tan has been the CEO of the small, ambitious, and well-funded—to the tune of $700 million—Southeast Asian ride-hailing company.

Driving Dynasty: Tan’s great-grandfather worked as a taxi driver, and his grandfather built a Malaysian automotive empire by importing Japanese cars. (His father now runs the business.) “Autos are in my blood,” Tan says.

Trusted Navigator: Grab co-founder Hooi Ling Tan is no mere passenger when it comes to company strategy, Tan says. “We genuinely trust each other to the core.”

For more on Autos, watch this Fortune video:

Full Throttle: Last fall Grab partnered with Didi Chuxing of China, Ola of India, and Lyft of the U.S. to form a global alliance. Serving one another’s customers isn’t the only benefit, Tan says. “You learn a lot from each other.”

Gear Shift: Tan believes self-driving cars are part of the future, but “it’s not going to be a cookie-cutter model,” he says. The most eager adopters? Dense commuter cities.

A version of this article appears in the August 1, 2016 issue of Fortune with the headline “Person of Interest: Anthony Tan / Grab.”