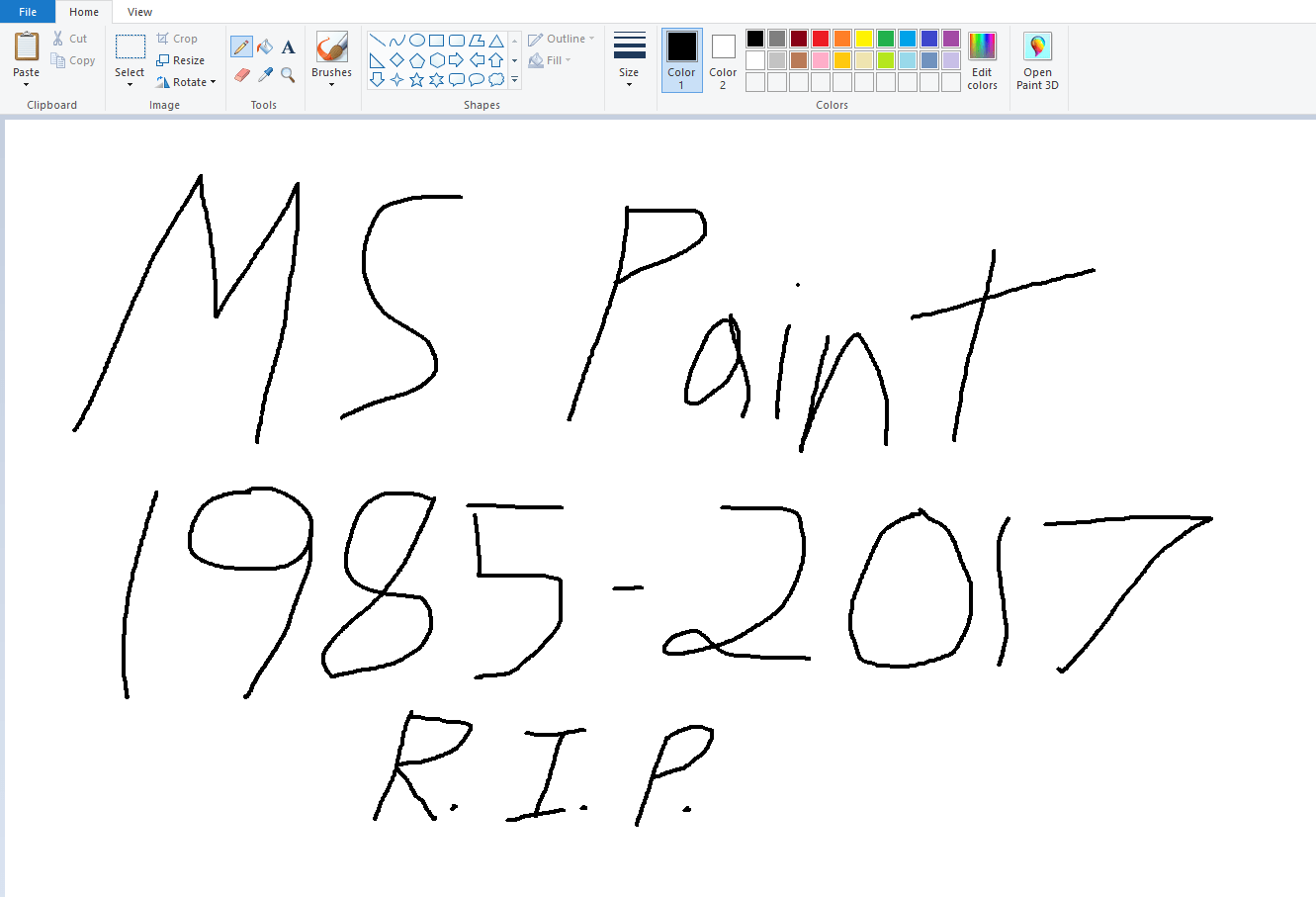 MS Paint, one of the evergreens of Windows could be singing its swan song.

Microsoft has indicated that MS Paint, which has been a part of every Windows release since 1985, is on the way out. The company will put the rudimentary graphics program on the chopping block with the release of this fall’s Windows 10 Creators Update.

While Paint won’t be removed from the build, Microsoft has listed it as “depreciated,” which means the program is “not in active development and might be removed in future releases.”

The company seems to hope that the new Paint 3D tool, released as part of the April Creators Update, will take the original’s place. Fans, though, are not so happy about the news.

Wait, did they seriously do that? Why? MS Paint is how you get kids to learn how to use a mouse.

I still have a folder full of my MS Paint stuff from 100 years ago. It's the one thing I've made sure to keep across countless hard drives~

Nooooooo!!!! Paint is so easy to use, it's great for basic editing. What do I use instead? @Microsoft & don't try to sell me fancy software https://t.co/6TQMlcknZ4

In fairness, Paint was never an especially slick tool, but it is useful for quick screenshots and cropping. And the Internet has made an endless stream of really bad drawings with it, some of which inevitably went viral on sites like Reddit.

But it was a constant—always handy when you needed it—and simple enough for anyone to figure it out. So, if this is farewell MS Paint, thanks for the memes, the rudimentary usefulness, and the memories.

And say hi to Clippy for us in the digital afterlife.