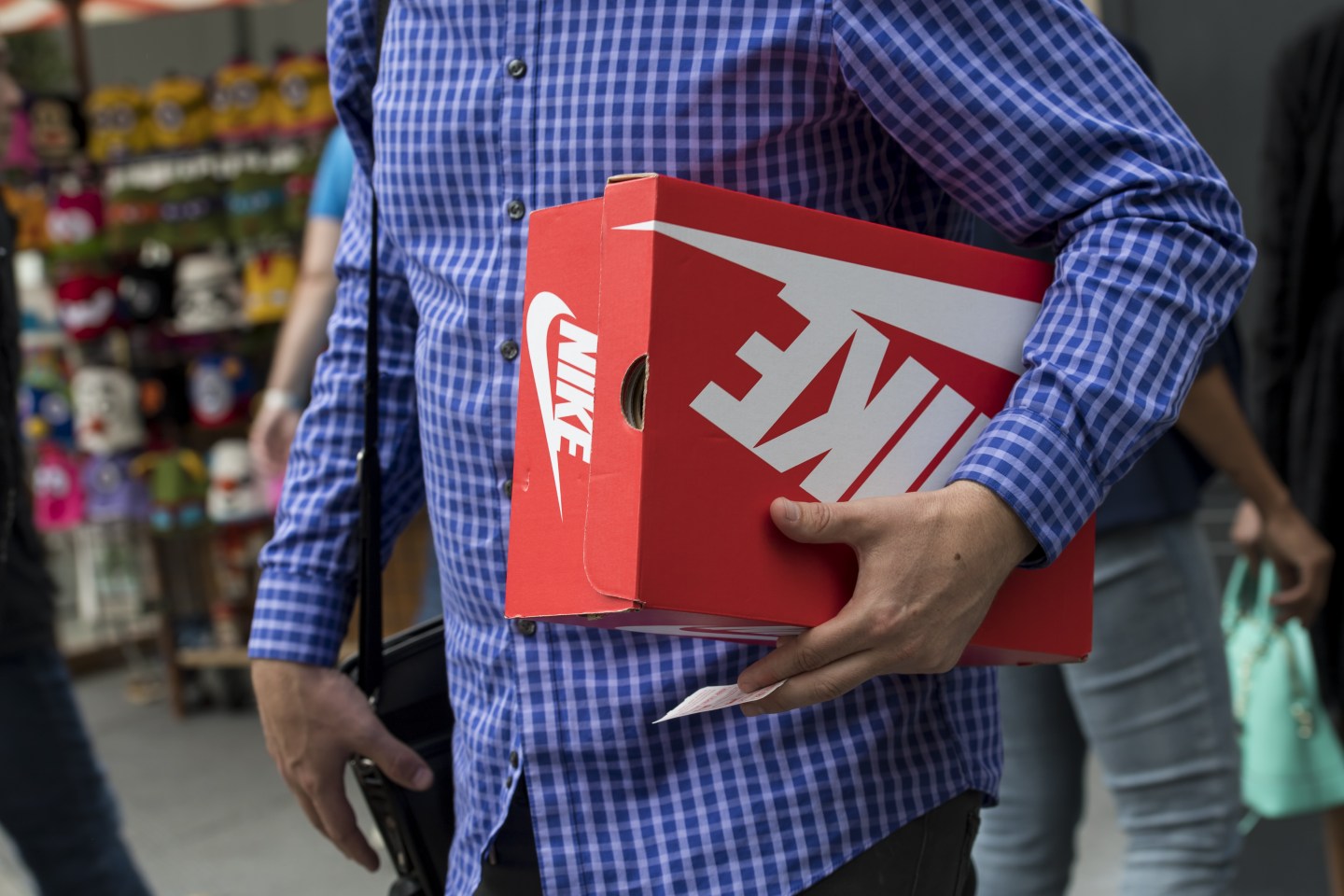 Hibbett Sports, (HIBB) a 1,078-store regional chain, shook the world of sports retailing already reeling from a series of bankruptcies, with a downbeat sales forecast on Monday.

The company, based in Birmingham, Alabama, said it has been facing “very challenging sales trends” in the current second quarter and expects a second-quarter loss of between 19 and 22 cents per share, stunning Wall Street which had been expecting a profit of 15 cents. That bad news sent Hibbett shares down 30% to less than $14 on Monday afternoon.

The news also hit shares of fellow sports retailers like Finish Line (FINL) and Dick’s Sporting Goods (DKS), already grappling with Amazon.com’s (AMZN) growth in the sector (Nike (NKE) recently announced it would begin selling directly on Amazon) and a number of peer bankruptcies in the last year that have led to liquidation sales with which the survives must grapple. Those two chains saw shares fall around 5%. The stocks of Nike and Under Armour (UAA) also took a bit of a hit on fears about demand for sports gear, shedding a couple of points each.

For Hibbett- a 72-year-old billion-dollar-a year retailer, an obvious shield against sales declines would have been e-commerce. But rather incredibly, the retailer only got around on Monday to launching an e-commerce site, saying it wanted to get it right and make sure it was optimized for integration with its fleet of stores. In the past, Hibbett has said that many of its customers paid in cash, protecting it somewhat from e-commerce. So it’s focus has been on opening stores rather than selling online.

Indeed, the news that in 2017, a major retailer was only now launching e-commerce was met with incredulity in some circles. “Wait, Hibbett is just launching e-commerce now? Yes,” Quo Vadis Capital President John Zolidis wrote in a Monday note, according to Market Watch, noting how “woefully late” Hibbett has been. That has left Hibbett largely defenseless against its rivals, direct as well as indirect. It saw that first hand during the holidays, when it was shut out of aggressive “cyber week” sales and its customers fled in droves.