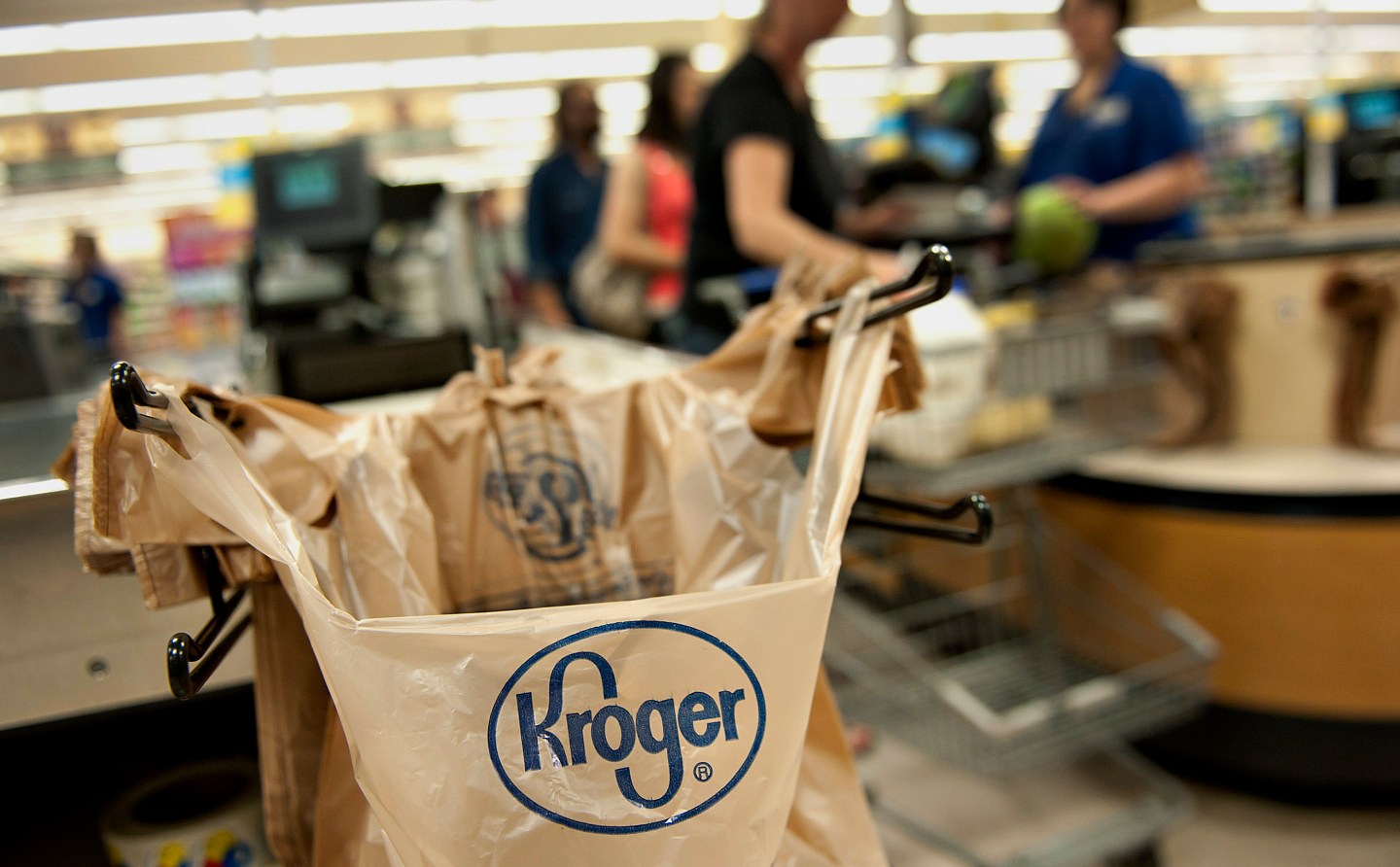 The Kroger Co. logo is seen on a shopping bag at a supermarket in Peoria, Illinois, U.S., on Tuesday, June 12, 2012.
Bloomberg via Getty Images

Supermarket giant Kroger is suing a newly-established rival, Lidl, for trademark infringement just two weeks after the German-based chain opened its first stores in the U.S.

Kroger claims that the similarity in names will lead customers to believe that the two companies are associated with each other, allowing Lidl to “compete unfairly,” the lawsuit states, adding that Kroger’s brand has been marketed for over 20 years, whereas Lidl filed its trademark last September.

“As a direct result of Lidl’s wrongful conduct, Kroger has suffered and will continue to suffer irreparable injury,” the lawsuit states.

Lidl opened its first U.S. stores in Virginia, North Carolina and South Carolina with plans to expand to 20 locations this summer and add another 80 by the middle of next year. It operates more than 10,000 stores across Europe and is known for its discount prices that rival Walmart.

Kroger is the the U.S.’ largest grocery chain with almost 3,000 stores in operation.