Why George Strait Is Singing Praise for Tequila 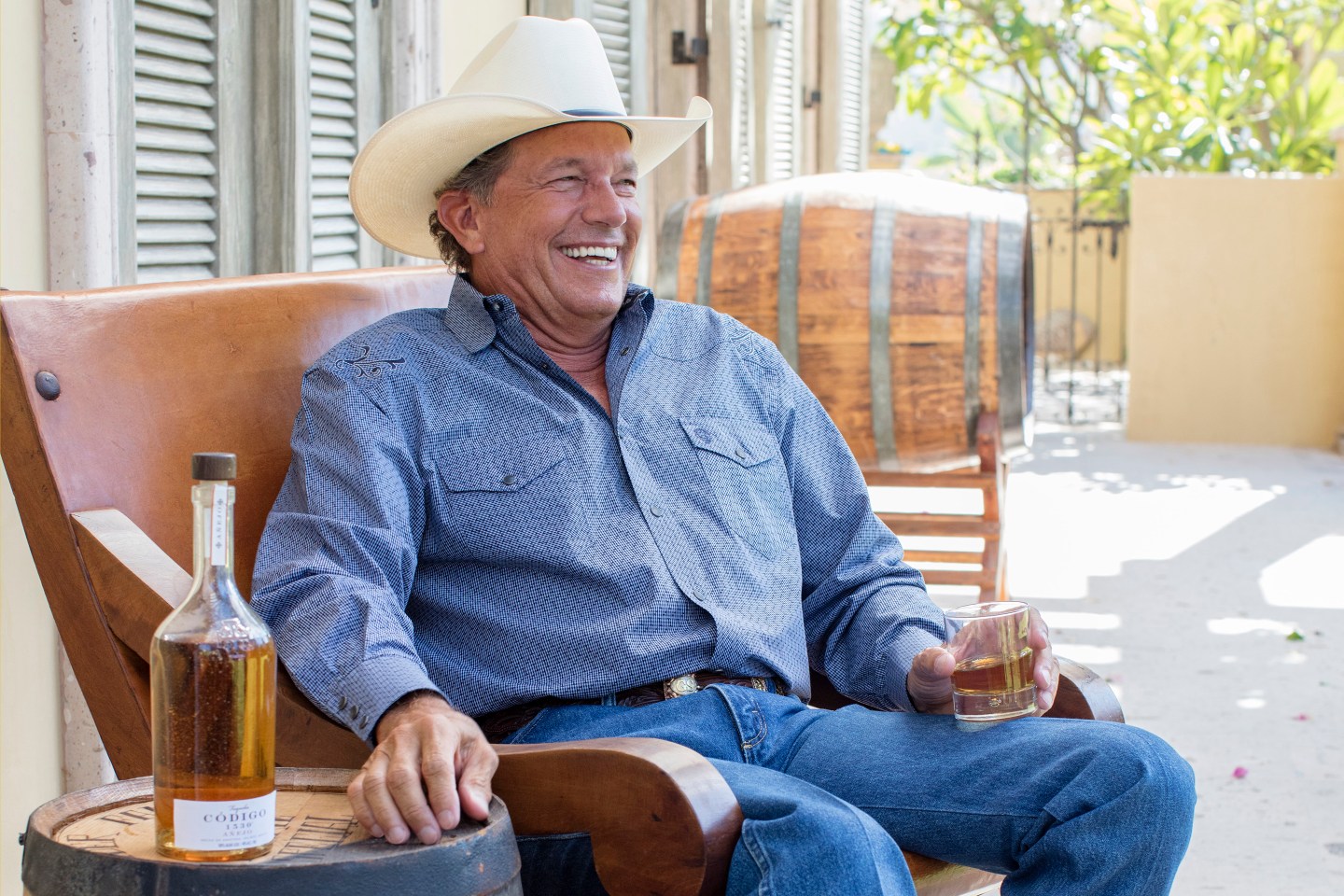 The Grammy Award winner is publicly backing Código, an ultra-premium priced tequila that was consumed privately by a small group of Mexican families (and family friends like Strait) before becoming commercially available last year in several markets including Texas, California, and New York. The plan is to expand Código to even more markets globally, by selling consumers on traditional tequila expressions like Blanco and Reposado as well as a rosé tequila that’s inspired by strong sales for that wine category. (Rosé tequila gets color and a slightly floral palate from being aged in Cabernet barrels from Napa Valley.)

“I’m an investor because I believe in the product,” Strait told Fortune in an interview. “I think it is the best tequila.”

The 65-year-old admits that until about a decade ago, he wasn’t too familiar with tequila and didn’t drink much of it until he started vacationing more frequently in Mexico. That’s when he discovered what more Americans are realizing about the liquor: it isn’t just about having a quick shot.

“Back in the days when my friends and I drank tequila, it was always ‘Let’s do a shot!’ Bring out those limes and the salt and we would want to get the taste out of our mouths as fast as we could,” says Strait. “This tequila isn’t like that. I wouldn’t think of sucking on a lime after I drank Código.”

That shift in how Strait enjoys tequila reflects a broader trend in tequila. As Fortune reported in 2015, producers like Don Julio and Patron have helped elevate the category by focusing on producing higher-quality spirits. Prices rose along with the increased investment on raw materials. Much of the sales growth for tequila today comes from the highest priced bottles, spirits that are increasingly used in fancy cocktails or consumed neat.

Código’s slate of tequilas are priced between $49 and $299 a bottle. The company says the liquid comes from agave that Código claims is sourced from superior plants and also doesn’t use chemicals or additives at any point during the distillation process. The brand also ages the tequila in wine barrels (most tequilas use bourbon casks) to end up with flavor notes that differ from the rest of the category.

Strait is among a growing list of celebrities that have publicly talked about their investments in tequila, a Mexican import that has posted volume growth of 121% since 2002. The investments are almost always for pricing spirits. Singer Justin Timberlake launched Sauza 901 with Beam Suntory, rapper and entrepreneur Sean “Diddy” Combs backs DeLeón Tequila, and most famously, liquor giant Diageo agreed to pay up to $1 billion to acquire the fast-growing tequila brand Casamigos, which was backed by Clooney. Código’s famous investors also include retired NHL star Brett Hull and former NFL coach Mike Shanahan.

Strait says Código’s Añejo expression is his favorite and he prefers to drink his tequila either on the rocks or chilled. He says his goal as investor is to use his public platform to ensure the brand can be a success. Beyond his own financial interest in the company, Strait says he’s also good friends with the brand’s founders Federico Vaughan and Ron Snyder.

But don’t count on Strait to give up his primary gig. “I’m not looking for another job, I still have a job,” Strait says with a laugh. “We’re just having fun with it.”