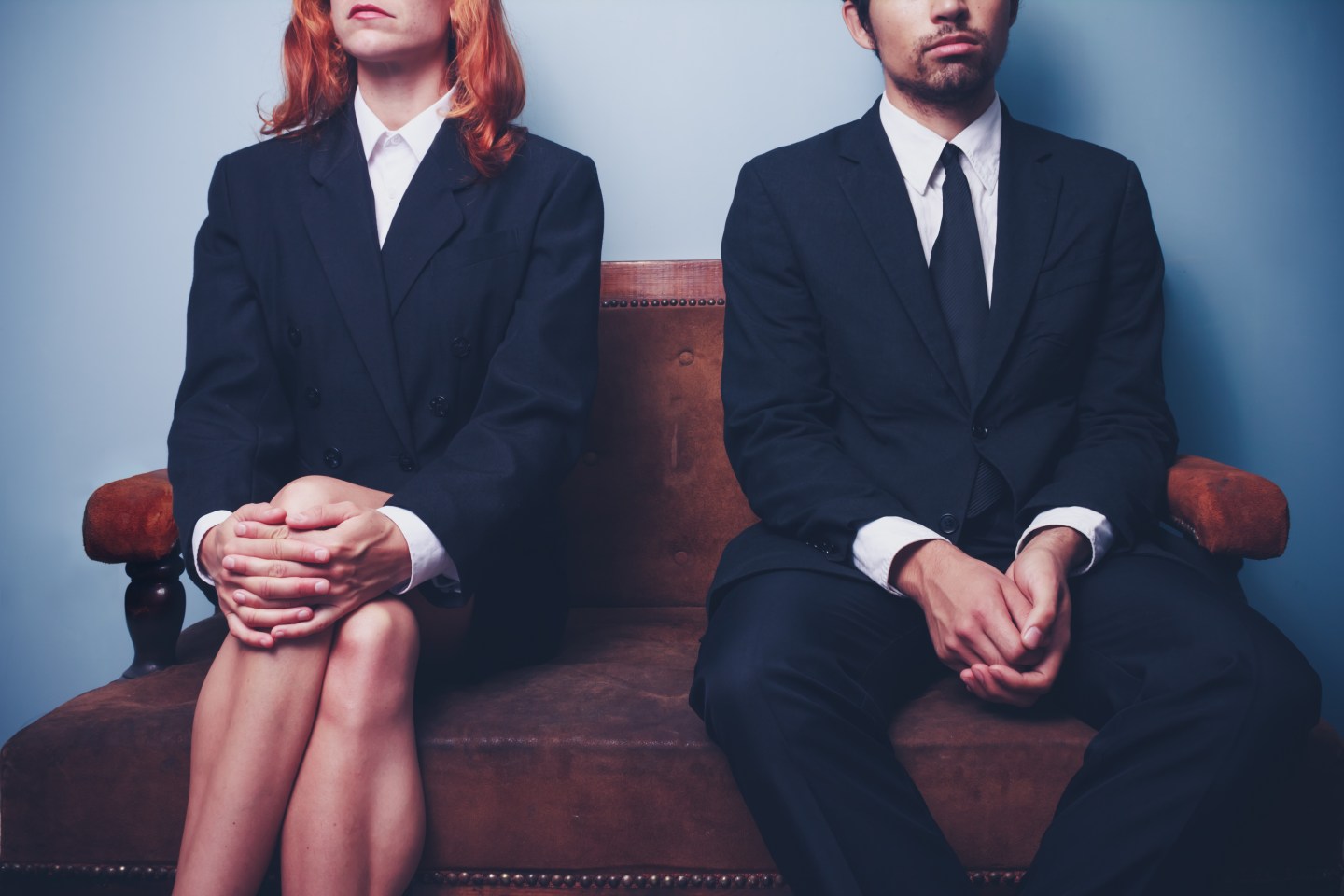 We know female entrepreneurs get far less funding that their male counterparts—indeed, women received just 2% of all venture capital funding last year. And the funding gap has only widened, even the ranks of female founders and VCs continues to rise. Now, a group of researchers have brought us a step closer to understanding why that is.

According to a new study published by Harvard Business Review, at least part of the problem is how investors talk to entrepreneurs—or, to be more specific, the fact that talk to male and female entrepreneurs differently.

The researchers analyzed Q&As between 189 entrepreneurs (12% female) and 140 VC’s (40% female) that took place at TechCrunch Disrupt in New York, an annual startup funding competition. While the academics describe all the startups involved as “comparable in terms of quality and capital needs,” the male-led companies raised five times more funding than female-led ones. Why? One possible factor: The study found that men and women were asked different types of questions. In general, men got questions about potential gains and women were asked questions about potential losses. The researchers note that both male and female VCs followed this pattern.

The researchers found a clear correlation between the types of questions an entrepreneur was asked and the amount of funding he or she received.

They conclude that type of questions asked “completely explained the relationship between entrepreneur gender and startup funding.”

This isn’t the first time HBR has published a study on how gender-based language can impact funding. In a piece published in May, researchers looked at how Swedish government VCs talked about male and female entrepreneurs. They found the investors tended to describe young male entrepreneurs as “promising,” whereas young female founders were considered “inexperienced.” Male entrepreneurs might be characterized as “cautious, sensible, and level-headed,” while women got “too cautious and does not dare.” Predictably, women-owned businesses in the country get just 13% to 18% of funding.