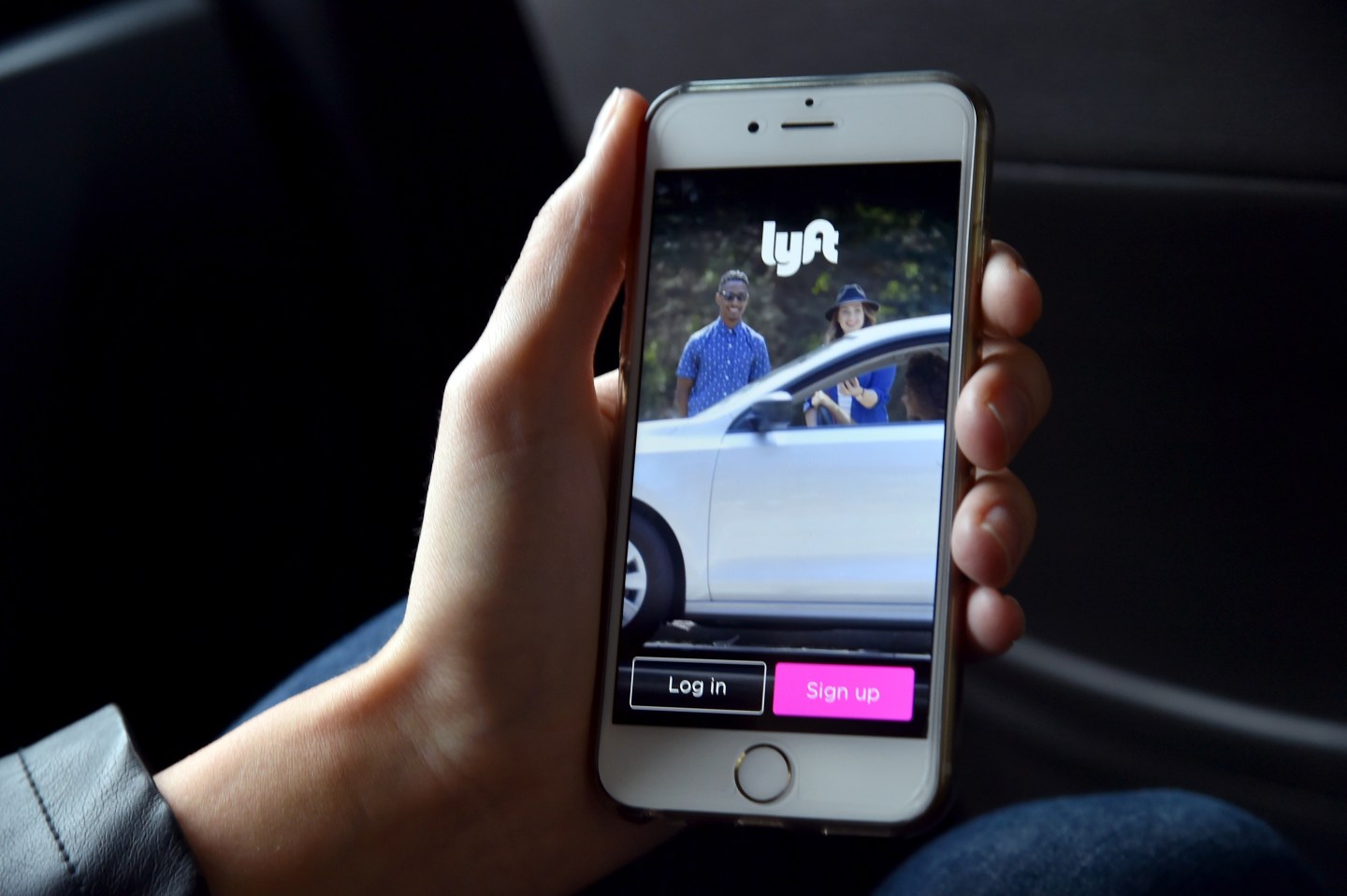 The Lyft app is seen on a passenger's phone on February 3, 2016 in San Francisco, California.
Mike Coppola — Getty Images for Lyft

For a city renowned for its contributions to technological advancement, San Francisco’s public transportation system is surprisingly antiquated.

At the age of 105, the San Francisco Municipal Railway — or “Muni” — is in desperate need of revitalization. Its bus lines have actually slowed since their inception, with the New York Times finding that several routes run nearly 20 minutes longer despite price increases. The city’s other, larger transit network, BART, which connects San Francisco to Oakland and the rest of the East Bay, has numerous problems of its own. A January survey found that customer satisfaction is at an all-time low, down 15% from just five years ago. On both systems, disruptive incidents like fare dodgers, who pry open the back doors of busses with little protest from drivers or authorities, have been well-documented. And with the city ranked as having the fourth-worst traffic congestion in the world, even the most pleasant of rides can grow infuriating due to extended delays.

Lyft, the San Francisco-based ride-hailing company, thinks it can solve local riders’ frustrations — or at least offer an alternative — with its new Shuttle feature. Lyft describes Shuttle as an affordable, convenient, and on-demand service that picks up and drops off users at stops along a pre-designated route. Lifehacker offered a positive review of the service, finding that it was “2-3 times cheaper than a Lyft, to boot.”

But critics on Twitter weren’t as impressed. Some commentators see Lyft Shuttle as a Silicon Valley attempt to paint a decades-old idea — city busses — as a novel concept. “Nothing wrong with the idea of some privately operated commuter buses but it’s genuinely hilarious that this is presented as innovative,” Vox’s Matthew Iglesias tweeted.

This concept seems so familiar but I just can't put my finger on YES I CAN IT'S A BUS YOU'VE INVENTED A BUS https://t.co/lROGYMjwFg

To be fair, Lyft is not the first startup attempting to pass off transportation privatization as innovation. Leap made waves with its high-end busses complete with wooden interiors, snack bars and Wi-Fi networks before it folded in 2015. Chariot, a self-described “vanpool service” that shuttles commuters along pre-set routes, has had a bit more success. In fact, Ford acquired the three-year-old company last year for a reported $65 million with the intention to expand to new cities.

But because San Francisco’s transit options are in such bad shape, Lyft’s Shuttle service could be successful there — as well as in the numerous other American cities that also suffer from inadequate public transit options.

Marisa Spanial, 26, primarily uses BART for her daily commute. While she says riding the train is her “least favorite part” about living in the city, she doesn’t have alternative options. The busses aren’t fast enough and the hilly terrain makes it hard to just walk or bike downtown, she says.

Bob Feteke, who lived in San Francisco from 2011 to 2014, said that if people in the city “can avoid public transit, they will.”

“It’s unreliable and janky,” added the 27-year-old. “People don’t want to put up with it.”

Some naysayers argue that private transportation options do an inadequate job of serving lower-income neighborhoods. With Lyft Shuttle, that problem could be compounded given that riders have to use a smartphone to access the system. A 2007 report from the American Public Transportation Association found that 43% bus riders had a household income under $25,000. On the other hand, 64% of households earning less than $30,000 per year now own a smartphone — a 12% increase from just one year earlier, as the technology becomes increasingly common and affordable.

Whether Lyft Shuttle succeeds or not will ultimately be up to residents, many of whom are eager for alternatives to the existing infrastructure. Spanial, who’s already become frustrated with San Fransisco’s transit system despite having lived there for just over a month, said she would “100%” consider using Lyft Shuttle and wants to sign up for the beta test.

“You want a reliable ride that’s not going to take forever,” Spanial said.