How the U.K. and EU Can Avoid a Car Crash Divorce 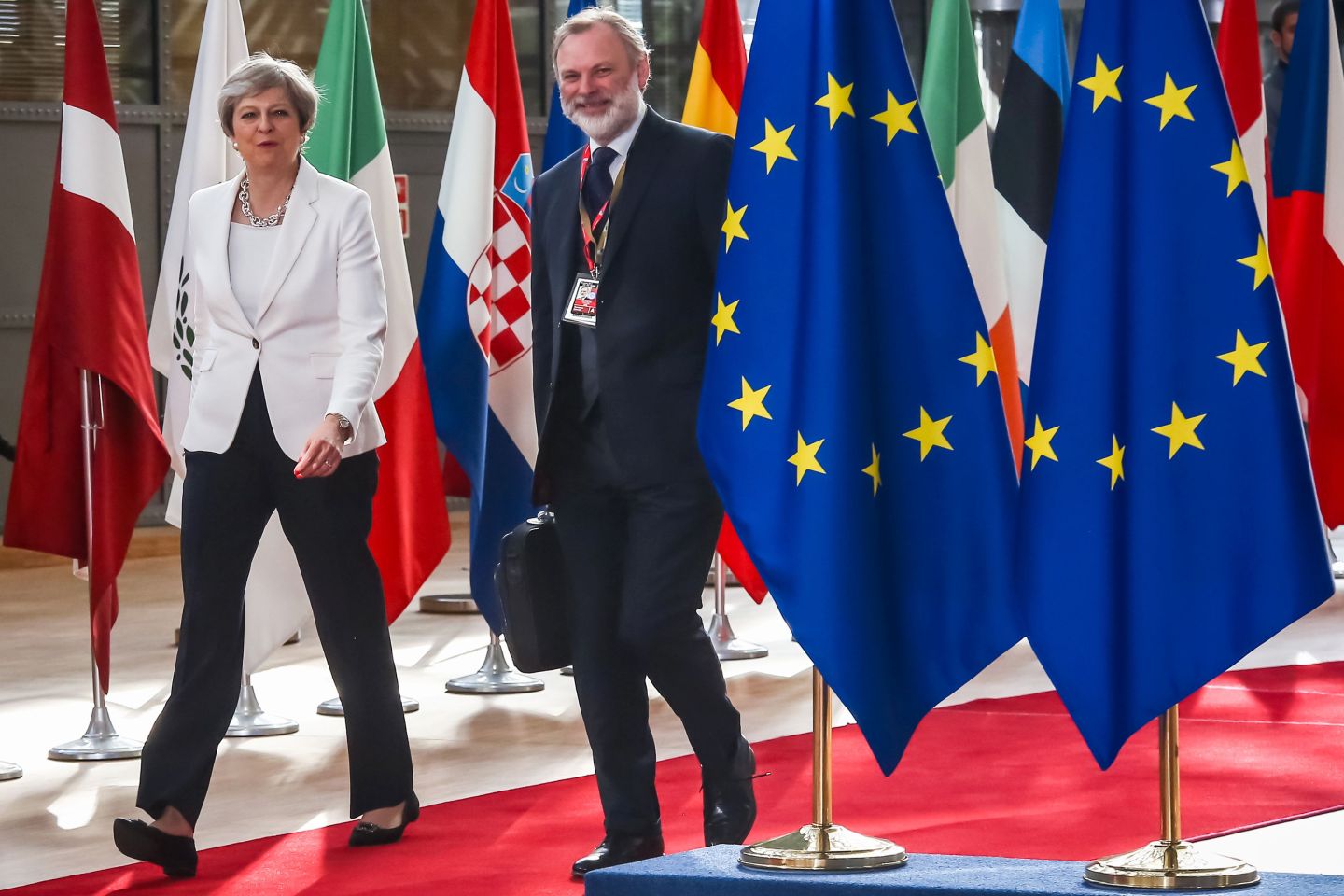 A year after the United Kingdom’s surprise vote to leave the European Union, formal Brexit negotiations finally began this week. Given the potentially damaging effects of the economic and political uncertainty around how Brexit will unfold, the EU wants to move quickly, but both sides have a long way to go.

While the differences between the sides might point to a disastrous negotiation, both are increasingly realizing that they will need to come to a mutually beneficial solution.

Leaving the EU involves not one, but four conceptually distinct sets of negotiations. The first is what follows from invoking Article 50, which, in practice, is about how to disentangle the U.K. from the EU’s laws and responsibilities. A second strand is to construct a new economic relationship covering trade, investment, regulatory standards and, conceivably, future U.K. participation in (and financial contributions to) EU programs (such as research). Third, the U.K. will have to recast many of its relationships with other parts of the world, including seeking new bilateral trade deals or replacing old ones. Lastly, there’s the challenge of determining how powers repatriated from Brussels will be devolved within the U.K.: The hung parliament resulting from U.K. Prime Minister Theresa May’s failed election gamble only accentuates this fourth issue.

The EU’s lead negotiator, French politician Michel Barnier, has a mandate the 27 member states agreed on and the European Parliament endorsed. Sustaining unity could prove tricky because countries are bound to have distinctive expectations, even though influential leaders such as French President Emmanuel Macron have publicly rebuffed coded attempts by the U.K. to “divide and rule.”

Equally, divergence in interests on the EU side cannot be ignored. Some one million Poles are now resident in the U.K., and any Polish government has to be concerned about their rights post-Brexit. Estonia, looking over its shoulder at the Russian bear, will not want to give the U.K. reasons to withdraw its NATO troops. For some EU countries, notably the U.K.’s geographically closest neighbors, the U.K. is a significant market; but for others, it is marginal: 20% of Slovenia’s exports go to Germany, but only 2% go to the U.K.

There have been mutterings—including from leading German and French politicians—that the EU has to be hard on the U.K. because the latter cannot be seen to cherry-pick what it wants from the EU, potentially encouraging others to pursue a similar course and threatening an unraveling of the union. Talk of punishment is exaggerated, but the tensions are evident and the EU has insisted on substantial progress on “divorce” before discussing the future relationship.

Two immediate EU priorities, a solution for the border in Ireland that avoids inflaming sectarian tensions and settling the rights of each other’s citizens, should be relatively easy to achieve. But a potentially more toxic issue is an expectation from the EU side of a substantial divorce payment from the U.K. A figure as high as €100 billion, more than five times the U.K.’s current annual gross payment, has surfaced in the press, but a more realistic figure might be around €30 billion. This more moderate amount would still play particularly badly among ardent Brexiteers in the U.K.

Even if these issues are resolved quickly and amicably, there will still be a long way to go and ample scope for things to go awry. For example, if the current fragile government in the U.K. collapses, triggering yet another election, it is far from clear either what the political or economic fallout will be. Disputes could also break out on the EU side—for example over refugees or the next round of EU spending commitments—making it harder to maintain a common position.

But the wiser heads among the negotiators realize that a car crash outcome would be mutually damaging. This explains why talk has suddenly gone quiet of the U.K. walking away if only a bad deal is on offer. Instead, the discussions are moving toward transitional arrangements to allow time for more careful consideration of the trickier divorce issues. Common sense may yet prevail.

Iain Begg is a professorial research fellow at the European Institute, London School of Economics and Political Science, and senior fellow on the U.K. Economic and Social Research Council’s initiative on The U.K. in a Changing Europe.