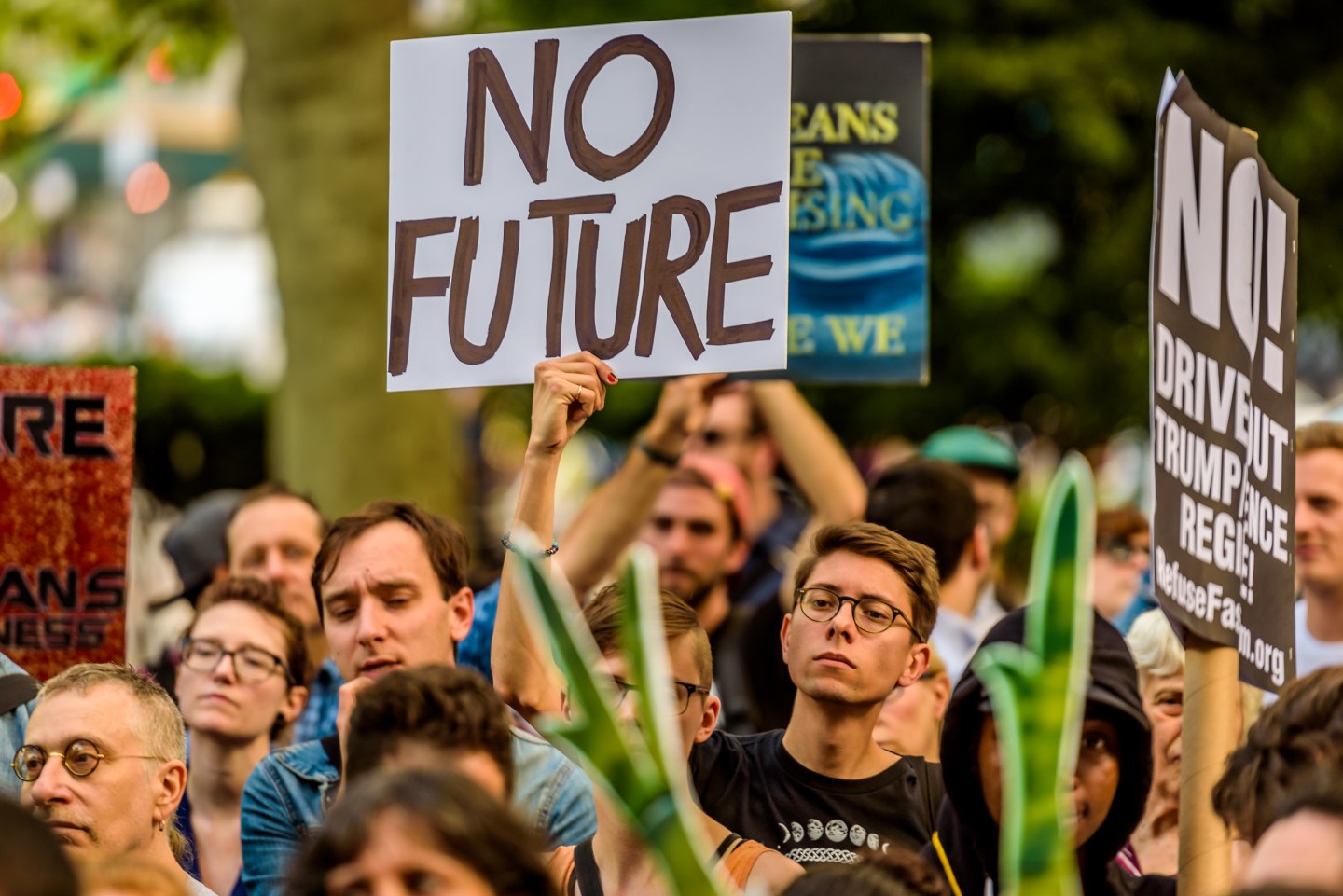 From New York to Houston to Anchorage, hundreds of mayors reacted to President Donald Trump’s announcement to withdraw the U.S. from the Paris climate agreement by reasserting or even intensifying their commitment to fighting climate change. They represent a diverse group of cities that is potentially large enough to significantly reduce global greenhouse gas emissions.

This is encouraging, but America must recognize that city efforts to curb emissions are not substitutes for national climate policy, and they pose several unique challenges and drawbacks.

First, due to their limited size, city climate initiatives neglect major emissions-producing sectors. Agriculture was responsible for 9% of U.S. emissions in 2015, and it overwhelmingly takes place outside of city limits. Similarly, some of the most emissions-intensive industrial activities, such as cement production and natural resource extraction like fracking, are not concentrated in cities. Even many power plants that generate electricity are many miles from the cities they serve. Inter-city freight transportation and air travel comprise a substantial fraction of national transportation emissions, but are unlikely to fall within the purview of city regulations.

Second, city policies would be rendered ineffective if sources of emissions relocate to evade them. Researchers use the term “carbon leakage” to describe a scenario in which stringent climate regulation in one country causes companies to move their production to countries with weaker regulations. If some U.S. cities adopt ambitious climate policies, a similar dynamic could unfold of companies relocating to other cities or to independent municipalities on cities’ peripheries. The latter could exacerbate urban sprawl and increase vehicle travel, thereby raising emissions.

Climate change is fundamentally different from local environmental problems, such as air pollution, that cities have historically confronted. The impact of carbon dioxide is the same no matter where on Earth it is emitted, so merely moving emissions around accomplishes nothing.

Finally, given their limited scope, cities often pursue untraditional mitigation strategies that are unlikely to be cost-effective. For example, Austin is currently overhauling its land development code in hopes of reducing emissions by creating denser urban neighborhoods that decrease vehicle travel. But research shows that higher population densities are associated with lower emissions only in places with densities far exceeding those present in Austin.

The feasibility of implementing broader, market-oriented policies like carbon prices or emissions trading systems in cities remains uncertain. These mechanisms are more cost-effective, but cities in conservative states can expect state governments to resist attempts to expand local policy action. Texas recently preempted Austin ordinances on ride-sharing services and sanctuary cities, for instance, and America is likely to see similar city-state conflicts on climate change measures in the years ahead.

But despite these obstacles, cities can fight climate change effectively if leaders enact regulations that are logical at the city level. The most crucial role that cities should play is to enable and encourage residents to adopt environmentally friendly technologies and behaviors.

Electric cars are a useful example. Cities can install public charging stations, incentivize workplaces to offer them, or mandate their deployment through building codes. Perks such as access to high-occupancy vehicle and express lanes or free street parking reserved for alternative fuel vehicles would make them more attractive to consumers.

Cities can incorporate alternative fuel vehicles into municipal fleets. Within Texas, they have made widely varying progress along this line. Whereas Dallas Area Rapid Transit has converted most of its buses to use cleaner compressed natural gas, Houston’s fleet is dominated by diesel buses, although it unveiled its first electric bus late last year. By comparison, in China, the city of Shenzhen has more than 10 million residents and will feature an entirely electric bus fleet by the end of this year. This is one area where American cities can and should improve dramatically.

It is promising that U.S. cities are stepping up to the plate, but city leaders need to carefully plan the policies they enact.

Benjamin D. Leibowicz is an assistant professor of mechanical engineering at The University of Texas at Austin.