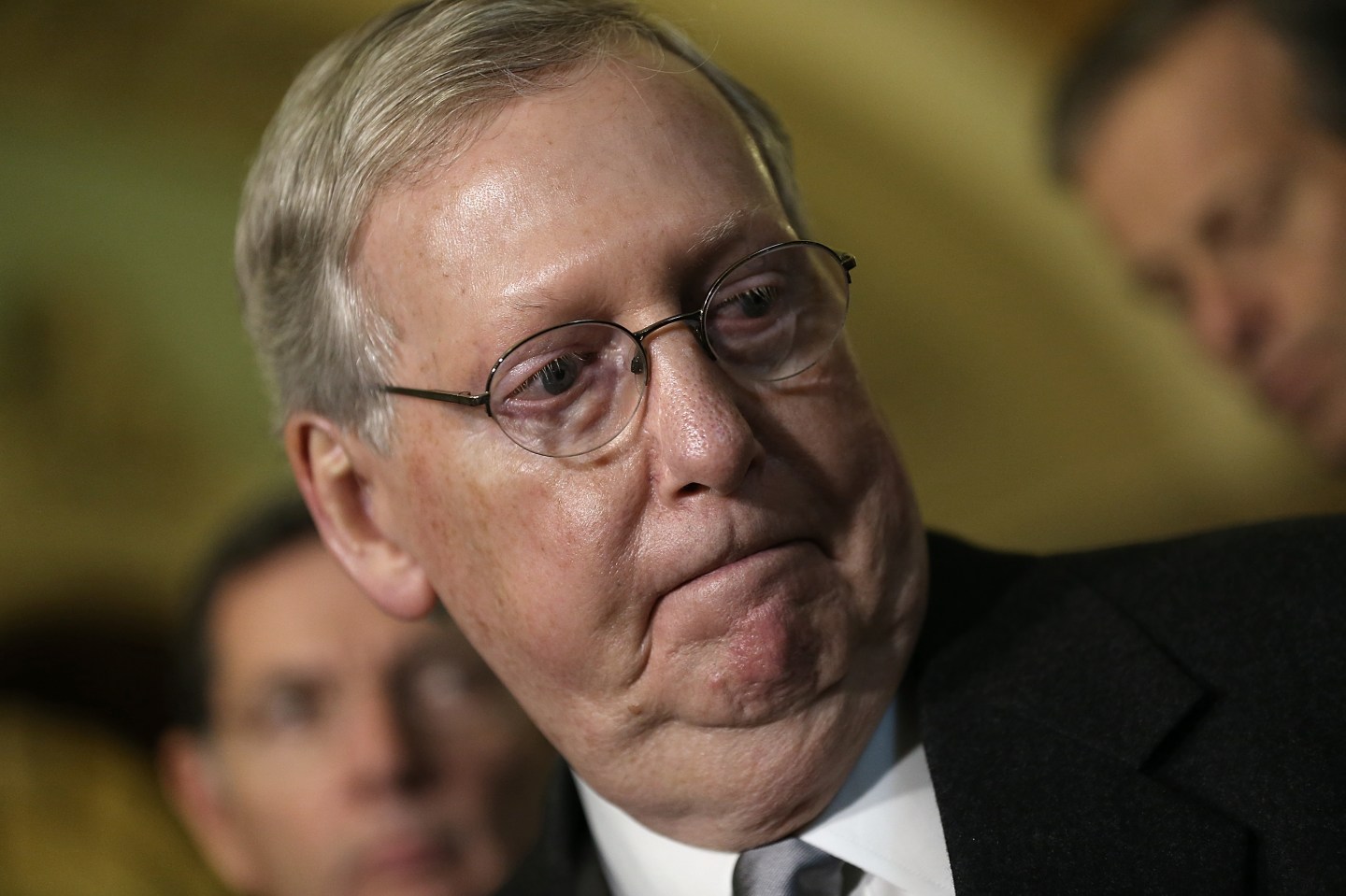 Republican Senate leaders may strike an initial deal on health care legislation to dismantle Obamacare in the coming days. But don’t expect to see what the bill would actually contain.

Senators reportedly have no plans to release the legislative details anytime soon, senior legislative aides tell Axios’ Caitlin Owens. “We aren’t stupid,” the publication quotes one aide as saying, adding that a reason tentative drafts won’t be unveiled is that their details may continue to shift ahead of a final vote.

At some point, the legislation will have to become public. Senate Majority Leader Mitch McConnell and other Republican leaders are aiming to get a vote out of the way by the 4th of July Congressional recess—even if the bill doesn’t have the votes to pass—so as to clear up room in the legislative agenda. Before that, it would be sent to the Congressional Budget Office (CBO) for evaluation (the CBO gave some harsh feedback on the House-passed American Health Care Act or AHCA, predicting it would lead to 23 million fewer insured Americans, but the Senate’s version will reportedly be more moderate and phase out Obamacare programs over a longer timeline).

But health care experts and Congressional watchers, including several former Republican staffers, say the secrecy and rushed process surrounding such a major piece of legislation is highly unusual. Not only will the draft bill text not be released to the public—it won’t even go through the regular Senate committee process. By contrast, the debate over the Affordable Care Act spanned more than a year after former President Barack Obama’s inauguration and involved more than 100 hearings, as well as adoption of multiple GOP-sponsored amendments. (No Republicans wound up voting for the final Obamacare legislation.)

Polling on the initial GOP health care plan may offer one indication of why McConnell is eager to keep the bill close to the vest; it’s proven overwhelmingly unpopular over concerns that it would cause insurance losses and take a toll on poorer Americans and those with pre-existing conditions.

Some prominent Senate Republicans have sounded skeptical that Congress will ultimately be able to pass a comprehensive bill this year. After all, if a more moderate plan than the AHCA manages to pass the Senate over protests from conservatives like Sen. Rand Paul of Kentucky, there’s no assurance the chamber will be able to reach a final deal with the House of Representatives. Then again, few observers gave the AHCA much of a chance in the House after its initial failure.