Crude Oil Prices Are Tanking After a Barrage of Bad News 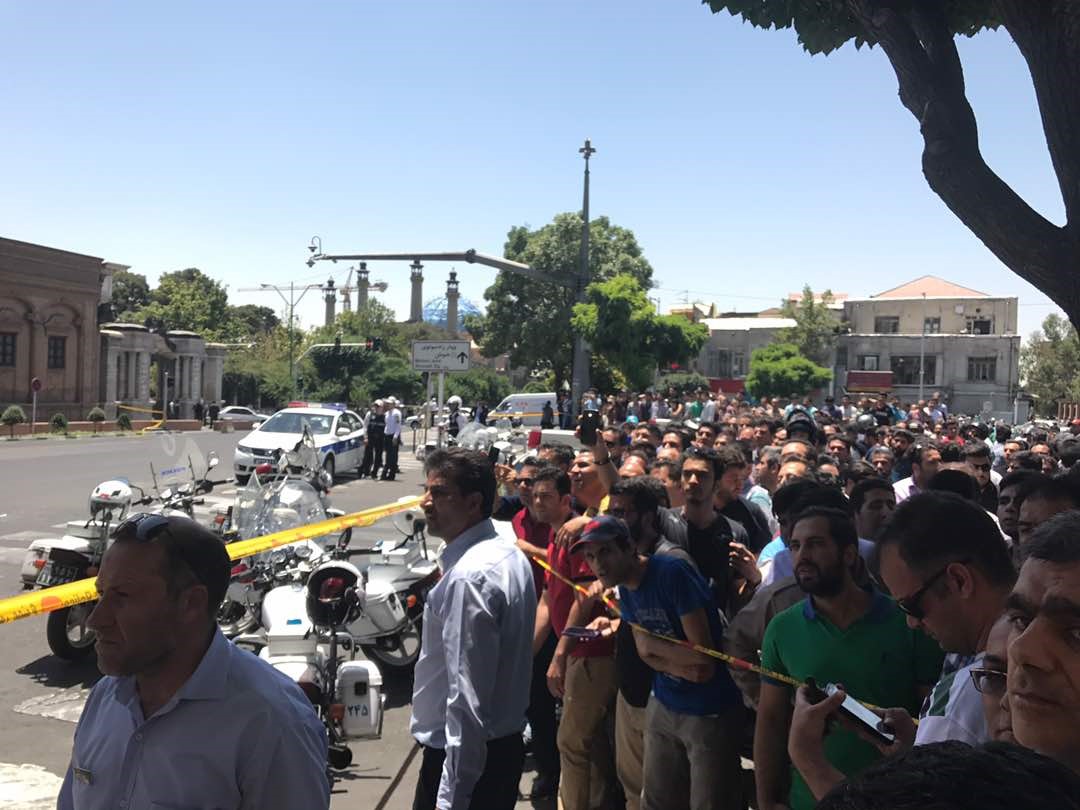 Crude oil prices fell nearly 5% Wednesday morning, as fresh evidence of a glut coincided with a major falling-out between Saudi Arabia and Iran that threatens the recent agreement by the world’s biggest producers to restrain output.

Iran’s Revolutionary Guards turned furiously on Saudi Arabia Wednesday, accusing it of sponsoring two coordinated attacks by Islamic State terrorists that killed 12 people in Iran’s parliament and outside the mausoleum of Ayatollah Khomeini, the father of the 1979 revolution. Saudi Arabia’s Foreign Minister rejected the accusations, and repeated the Saudi view that Iran is the primary sponsor of terrorism around the world.

The attacks come just two days after Saudi Arabia, Egypt, and four other Sunni Muslim states in the Middle East broke off diplomatic relations with tiny Qatar, which had been unenthusiastic about joining a U.S.-backed plan to unite the region’s Sunni states against their biggest Shia rival. President Donald Trump sided publicly with Saudi Arabia and the other Gulf states on Twitter Tuesday, before calling for unity.

Normally, when Saudi and Iran, the traditional rivals for dominance of the region, clash in public like this, oil prices spike. However, oil traders right now appear more worried that the friction will unravel a deal that forces big producers like Saudi Arabia, Russia, and Iran to produce below their capacity in an effort to keep world prices up.

Benchmark U.S. oil futures fell more than $2 a barrel to $46.09, on course for their worst day in a month, and are now below where they were before OPEC and Russia cut their initial deal in November.

But it wasn’t the explosion of violence in Iran that caused the sell-off. That only came after figures from the U.S. government indicated that the market glut is getting worse, at least in the short term. The U.S. government said crude inventories across the country rose for the first time in nine weeks, while stocks of gasoline also rose for the first time in five weeks. The news comes only days after the administration confirmed plans to add to the oversupply by selling millions of barrels from the U.S. Strategic Petroleum Reserve into the market.

The Energy Information Administration said U.S. output is on track to rise to as much as 10 million barrels a day next year, compared to 9.3 million barrels a day currently, largely from shale producers and companies producing in the Gulf of Mexico. That effectively nullifies more than half of the cuts agreed by Russia and OPEC.

U.S. refineries are churning out more gasoline and jet fuel than drivers and airlines need. Stocks of gasoline rose by 3.3 million barrels last week and are above the upper limit of the historical range in spring. For much of this year, U.S. refiners have been able to export most of their surplus, but those exports weakened last week after U.S. cargoes lost some of their price advantage against other regions, Matt Smith, director of commodity research at analytics firm ClipperData, told Fortune.

That in turn has exposed what could be a more troubling issue: Demand in the U.S. isn’t picking up as much as it normally does at the start of summer. That’s particularly disappointing in a year when the economy was supposed to be accelerating, and when gas prices are still at a historically low average of around $2.30 a gallon.

“The refinery throughput and the implied demand for products has come off at a time when you’d think it would be really strong due to Memorial Day,” Smith said.