Theresa May Is Mocked After Admitting Her ‘Naughtiest’ Deed 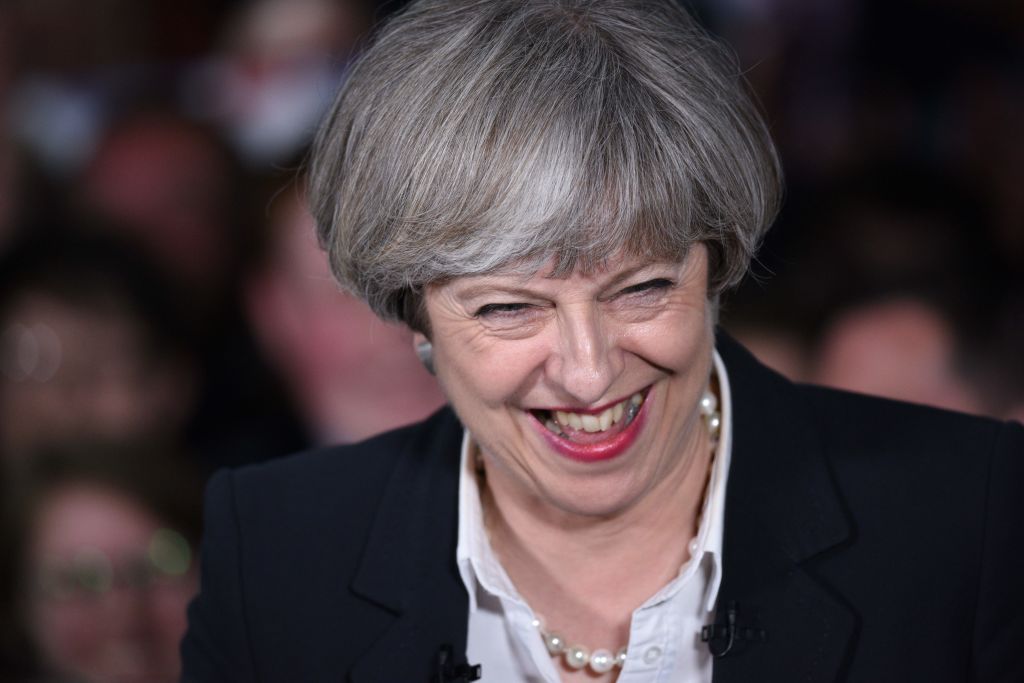 U.K. Prime Minister Theresa May has proven—once again—that some questions have no good answers.

In an interview scheduled to air Tuesday night ahead of Thursday’s snap election, ITV’s Julie Etchingham talked with May about her upbringing as the daughter of a vicar and at one point asked the British leader, flatly: “What’s the naughtiest thing you ever did?”

The question is reminiscent of the standard “What’s your biggest weakness?” interview line and, likewise, is a massive trap.

You can either admit a legitimate, “naughty” incident and invite questions about your character and judgment or else demur with a mundane response and run the risk of coming off as a straight-laced square.

May chose the latter, and then some:

“Oh goodness, me. Well, I suppose…Gosh. You know, I’m not quite sure. Nobody is ever perfectly behaved, are they? I have to confess that when me and my friends used to run through the fields of wheat, the farmers weren’t too pleased about that.”

May’s answer to the lighthearted question may have been laughed off if the current stakes weren’t so incredibly high.

In April, May called for a snap election to be held on Thursday. At the time of the decision, the by-contest looked like a sure bet for May, with polls giving her Conservative party a lead of 20 percentage points over the Labour Party, its main rival. Winning by a comfortable margin would give May the Parliamentary support she says is necessary as she enters Brexit negotiations with the European Union.

Since then, however, May’s lackluster campaigning and obvious missteps—namely, a Conservative proposal for long-term care of the elderly—have narrowed that healthy lead. One poll pegged Conservatives’ advantage at just one percentage point on Tuesday, though others have put it as high as 11 or 12.

The U.K. has also suffered two terrorist attacks since May set Thursday’s election in motion. Last month, a blast killed 22 at an Ariana Grande concert in Manchester. Over the weekend, seven more people were killed as three attackers mowed down pedestrians on London Bridge and stabbed diners in nearby Borough Market.

May responded to Saturday’s attack in part by calling for tighter controls on online communication, which she says gives extremist ideology “the safe space it needs to breed.” Technologists argued that her proposal is both unacceptable and at fundamental odds with the spirit of the Internet.

In the wake of Saturday’s attack, other opponents have pointed to cuts to police budgets under May’s watch and what those reductions have meant to security and counter-terrorism efforts.(In the ITV interview taped before the most recent attack, May said counter-terrorism budgets had been protected.) Labour leader Jeremy Corbyn backed calls for May’s resignation on those grounds at one point on Monday, but later stressed that he only wanted May removed by voters on Thursday.

It’s no surprise then that online commenters jumped on May’s “fields of wheat” comment as an opportunity to draft their own versions of prime minister’s “naughtiest” deeds, referencing the security cuts, May’s controversial record on immigration as home secretary, and her approach to Internet privacy.

To May’s supporters, the prime minister’s response was remarkably on-brand. In this election cycle, May has cast herself as a “strong and stable” leader and her “fields of wheat” admission painted her as nothing if not reliable. But that message seems at odds with the current climate of uncertainty heading into Thursday, an atmosphere that May—by calling the snap election—helped create.