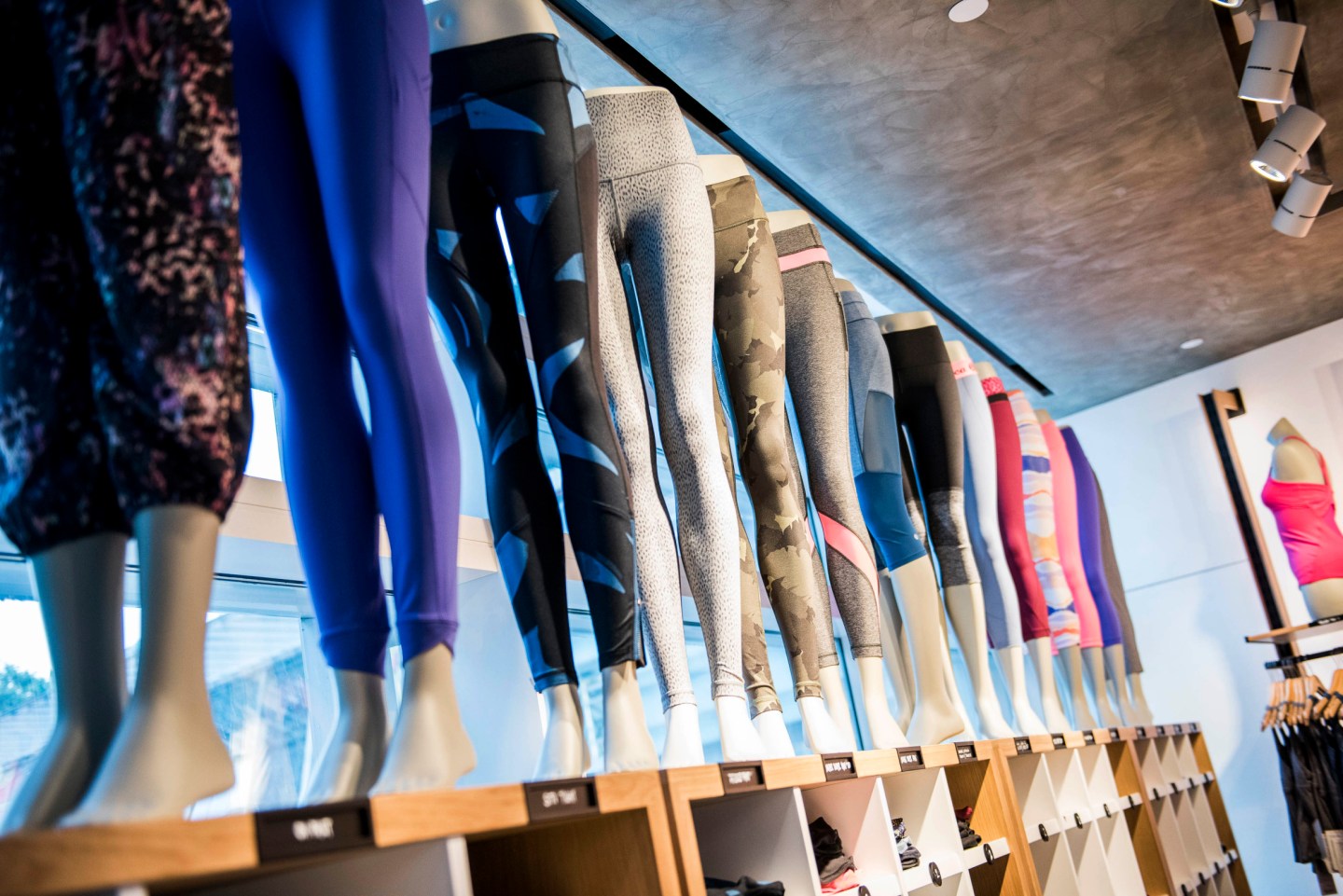 Lululemon Athletica is planning to close most of the company’s ivivva stores, a store concept it first unveiled in 2009 to sell athletic apparel to younger girls.

On Thursday, the yoga- and running-gear maker disclosed that it would close about 40 of the company’s 55 ivivva-branded stores and convert half of the remaining stores to Lululemon-branded shops. It will also close all of the ivivva showrooms and other temporary locations as part of a restructuring that will cost about $50 million to $60 million in pre-tax costs throughout fiscal 2017. Lululemon promised it would continue to sell ivivva activewear online, as well as in the eight remaining physical stores.

“The store closures and restructuring will be substantially complete by the end of the third quarter,” said Chief Financial Officer Stuart Haselden in a presentation to analysts.

Ivivva athletica was a new brand that Lululemon first unveiled in the fall of 2009 under former CEO Christine Day, who tested the concept in the company’s home market of Canada before expanding to dozens of shops across North America. Ivivva—which sells $44 tank tops and $78 hoodies to girls between the ages of 6 and 12—was initially created to sell garments meant to function in a variety of sports including dance, figure skating, track and field, and soccer.

The move to close most of the ivivva activewear stores comes at a tough time for brick-and-mortar retail as more consumer spending gravitates to online channels. Store closures have been particularly brutal in the athletic gear space, with the bankruptcy of Sports Authority particularly hurting Lululemon rival Under Armour (UAA). Kit and Ace—an athleisure brand founded by the family that started Lululemon—shuttered all of the startup’s U.S. stores earlier this year. Even category leader Nike (NKE) has lamented the unsteady state of retail as fewer visits to brick-and-mortar stores has resulted in hundreds of store closures and higher promotions across the industry, pressuring the likes of Nike and Lululemon.

Lululemon on Thursday also reported total fiscal first-quarter sales increased 5% to $520.3 million while adjusted earnings stood at 32 cents per share—both above Wall Street’s expectations. Total comparable sales slipped by 1%. Lululemon had previously warned Wall Street that the company got off to a slow start this year, mostly placing the blame on a soft performance for the e-commerce channel because Lululemon wasn’t featuring enough bolder colors for the company’s gear.

Shareholders were ultimately pleased with the company’s stronger-than-anticipated start to the year. Lululemon’s shares rallied by 14% to $55.66 in after-hours trading on Thursday. The stock is still trading about $10 apiece below the level Lululemon was trading at before the retailer issued disappointing financial targets for the new fiscal year.

The apparel retailer on Thursday also tempered sales expectations for the current fiscal year: it now sees revenue between $2.53 billion to $2.58 billion, less than the prior target of $2.55 billion-$2.6 billion. In the second quarter, Lululemon sees $565 million to $570 million in total revenue with comparable sales seen increasing in the low-to-mid single digits.