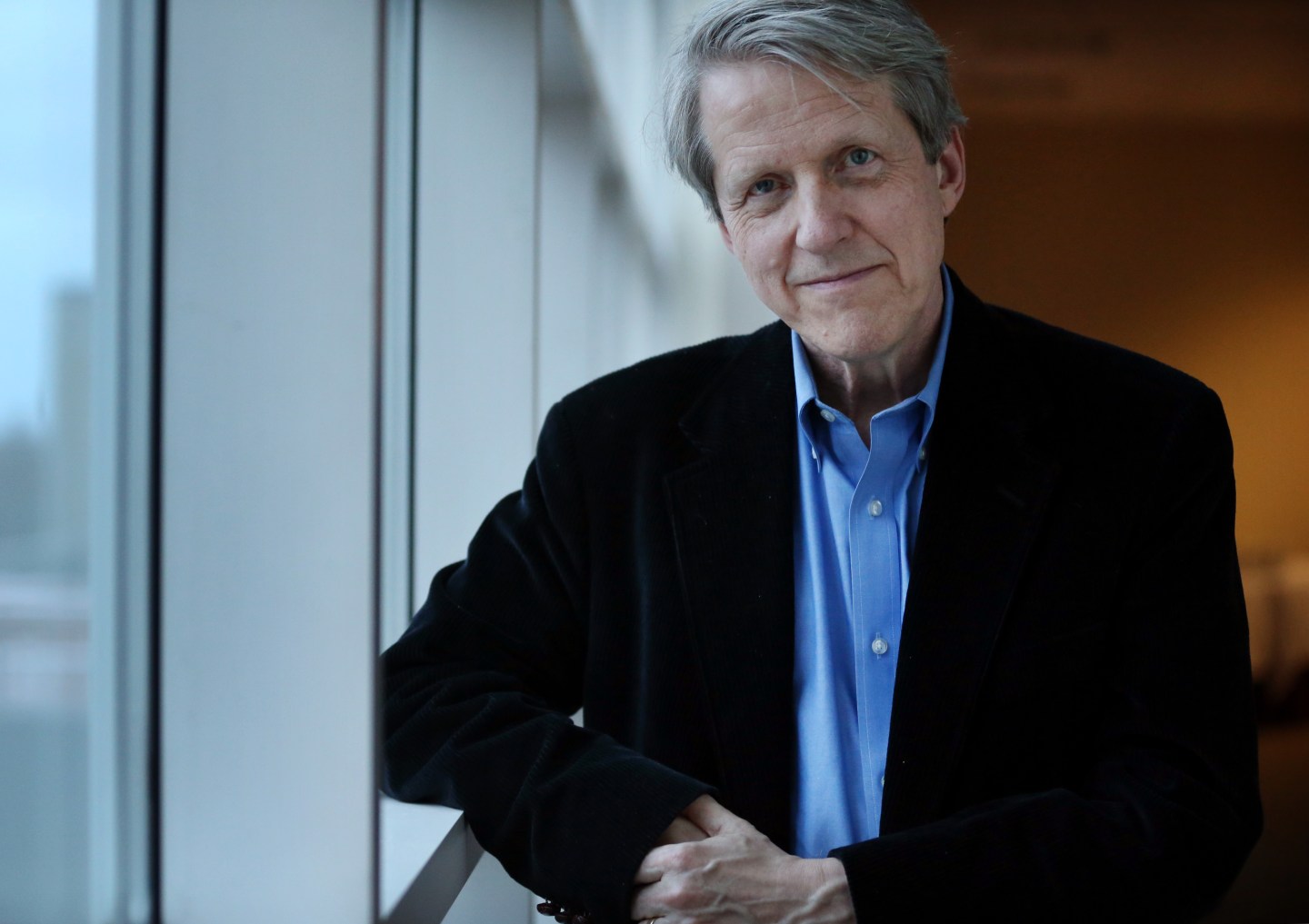 Since winning the Nobel Prize in Economic Sciences in 2013, Yale’s Robert Shiller has frequently warned that the U.S. stock market “looks very expensive.”

Yet Shiller struck a surprisingly bullish tone in an interview with Fortune this week, noting that several sectors of the market are actually relatively cheap, including tech stocks—even though they have been among the best performers on the market in recent months.

Coming from the man who foresaw both the dot-com bubble of the late 1990s and the housing bubble of the mid-2000s, prescience that earned him the nickname “Mr. Bubble”, the remark is a sign that U.S. stocks likely have further to run.

Using the cyclically adjusted price-to-earnings (or CAPE) ratio, a metric that he created, Shiller said he “would be inclined to recommend” what he sees as “undervalued” stocks. “And that would be consumer staples, industrials, healthcare—and even technology,” he said at the CFA Institute annual conference in Philadelphia.

Watch my interview with Robert Shiller in the video below:

That’s decidedly more optimistic than Shiller sounded just two months ago, when he said the stock market was “way overpriced” on the back of the Donald Trump election rally. And it’s especially surprising because tech stocks such as Amazon (AMZN) and Apple (AAPL) have been on a massive run this year, and now represent the five most valuable companies in the S&P 500. (The top-five list also includes Google parent Alphabet (GOOG), Facebook (FB) and Microsoft (MSFT).)

Shiller’s CAPE ratio measures the stock price divided by the average of ten years of earnings, adjusted for inflation. Right now, for the S&P 500, that ratio stands at more than 29, its highest valuation since 2002 and well above its historical norms. When it comes to tech stocks, though, the opposite is true.

“We make an adjustment for the fact that technology stocks have always been highly priced, so recently they’ve been less highly priced overall than on average,” Shiller said. At the same time, the Yale economist acknowledged that some Silicon Valley companies and certain tech stocks do have excessively lofty valuations; Amazon stock, for example, trades at a PE ratio of 186 times earnings, while Facebook has a PE ratio of 40. “I think you want to avoid some of them,” Shiller said. (He declined to specify which ones.)

In another rare expression of bullishness from Shiller, he told CNBC this week that stocks “could go up 50% from here.”