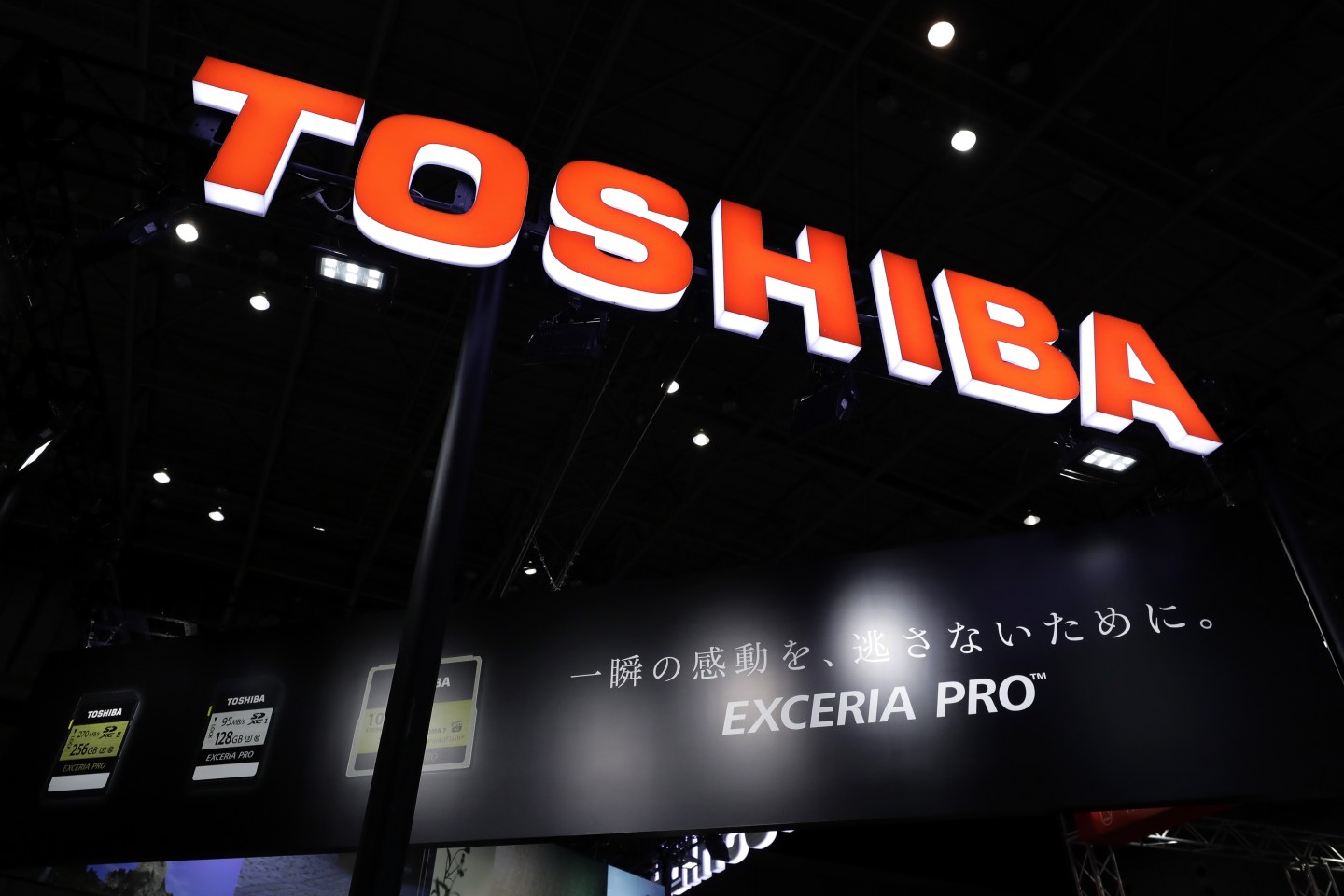 Western Digital has sought international arbitration to stop partner Toshiba (TOSYY) from selling its chips arm without its consent, potentially derailing a much-needed capital injection for the Japanese conglomerate.

Although the two companies jointly operate Toshiba’s main semiconductor plant, Western Digital is not seen as a favored bidder for the world’s second biggest NAND chip producer, having put in a much lower offer than other suitors, a source with knowledge of the matter has said.

A legal battle could delay or put an end to the auction that could fetch some $18 billion and has attracted suitors such as private equity firm KKR & Co LP, Taiwan’s Foxconn and U.S. chipmaker Broadcom.

The Japanese conglomerate is depending on the sale to cover billions in dollars in cost overruns at its now bankrupt U.S. nuclear unit Westinghouse. The dispute is also set to further jeopardize its Tokyo Stock Exchange listing as fresh funds are urgently needed to shore up its balance sheet.

Toshiba said on Monday in an unaudited earnings release that it ended the year with a 950 billion yen ($8.4 billion) net loss and negative shareholder equity worth 540 billion.

After months of souring relations, Western Digital said on Monday it had initiated arbitration procedures with the International Chamber of Commerce. It is demanding Toshiba reverse a move to put its joint venture assets into a hived out entity – Toshiba Memory – and that it stop an all-out sale without consent from Western Digital unit SanDisk.

Toshiba said while it yet to be notified of any arbitration, there had been no breach of contract and Western Digital had no grounds to interfere with the sale process.

Despite the fresh setback, Toshiba shares climbed 4.2 percent, buoyed by news that progress is being made towards capping some of its nuclear liabilities in the United States – another major headache.

The owners of the unfinished Vogtle power plant in Georgia led by Southern Co have to come to a preliminary agreement to cap Toshiba’s responsibility for its guarantees on the much-delayed nuclear project at about $3.6 billion, people familiar with the matter said on Sunday.

Read: Toshiba Is Replacing Its Auditor PwC Over Irreconcilable Differences

The dispute with Western Digital could also derail Toshiba’s broader financing plans, as it hopes to offer the stake in its memory chip unit as collateral for new loans from major lenders, a measure that the lenders say also requires Western Digital’s approval.

Toshiba argues that under their joint venture contract, neither party can block a change of control by the other partner. It argues Western Digital itself acquired the joint venture interest when it bought SanDisk, and never sought or received Toshiba’s approval.

Western Digital, however, claims that Toshiba cannot transfer the joint venture’s interests into an affiliate and then sell the affiliate without its consent.

“Seeking relief through mandatory arbitration was not our first choice in trying to resolve this matter. However, all of our other efforts to achieve a resolution to date have been unsuccessful, and so we believe legal action is now a necessary next step,” Western Digital CEO Steve Milligan said in a statement.

Toshiba values its chip unit at at least 2 trillion yen ($18 billion). It believes that a consortium made up of KKR and Japanese government-backed investors would be the most feasible buyer for the business, sources with direct knowledge said last week.

The Japanese government has proposed that Western Digital join their consortium as a minority investor, but the U.S. company has said it needs to take control of the unit in order to be fully in charge of operations, separate sources have said.