Toshiba Is Replacing Its Auditor PwC Over Irreconcilable Differences 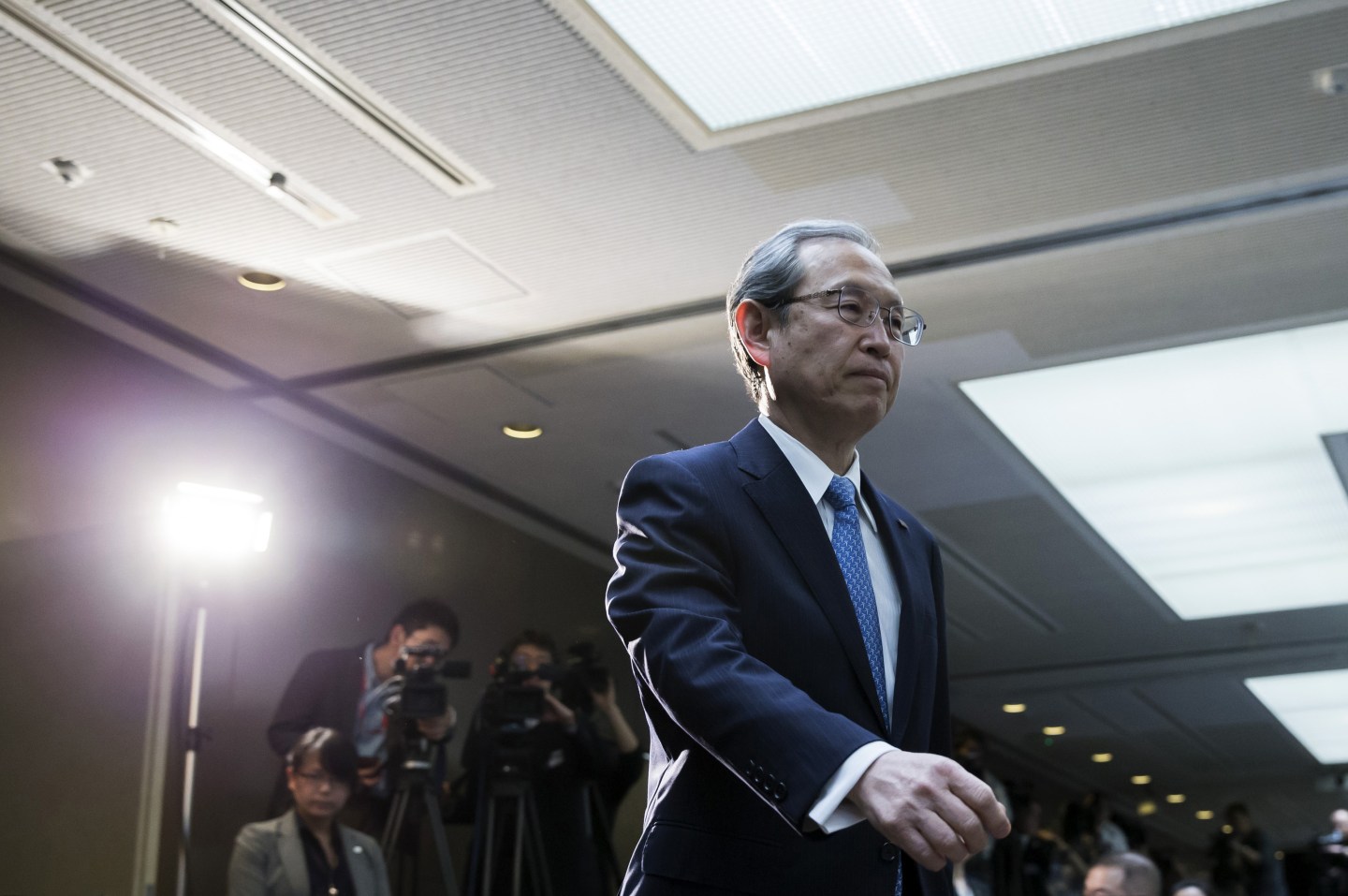 Satoshi Tsunakawa, president of Toshiba Corp., arrives for a news conference in Tokyo, Japan, on Tuesday, April 11, 2017. Toshiba, the 142-year-old conglomerate, warned on Tuesday it may not be able to continue as a going concern as it grapples with billions of dollars in losses from its Westinghouse Electric nuclear business. Photographer: Tomohiro Ohsumi/Bloomberg via Getty Images
Tomohiro Ohsumi—Bloomberg/Getty Images

Toshiba Corp (TOSBF) has decided to replace its auditor after less than a year as the troubled electronics conglomerate struggles to win its approval on full-year financial statement, the Nikkei business daily reported.

Earlier this month, the company filed twice-delayed business results without an endorsement from auditor PricewaterhouseCoopers (PwC) (PRICEWATERHOUSECOOPERS) Aarata, putting its listing on the Tokyo Stock Exchange in jeopardy.

At a news conference announcing the third-quarter results on April 11, Chief Executive Satoshi Tsunakawa said there were irreconcilable differences with the auditor over the validity of past reports.

Asked about the possibility of changing auditor, audit committee Chairman Ryoji Sato told the same news conference he would like to consider “various options”.

Accountants have questioned the numbers at U.S. nuclear subsidiary Westinghouse Electric Co, where massive cost overruns at four nuclear reactors under construction in the United States have forced its Japanese parent to estimate a $9 billion annual net loss and take drastic measures.

Toshiba is currently working on a financial statement for the year ended in March. The TSE’s filing deadline is May 15.

Toshiba spokesman Yukihito Uchida said the company was considering options but nothing had been decided. A PwC spokeswoman declined to comment.

PwC Aarata was hired in June last year following an accounting scandal at Toshiba in 2015. Ernst & Young ShinNihon LLC, its auditor at the time, was fined for failure to spot irregularities.

The Nikkei said Toshiba was looking to hire a second-tier accounting firm since the other two of the big four, Deloitte Touche Tohmatsu and KPMG Azsa, have potential conflicts of interest given past business deals.