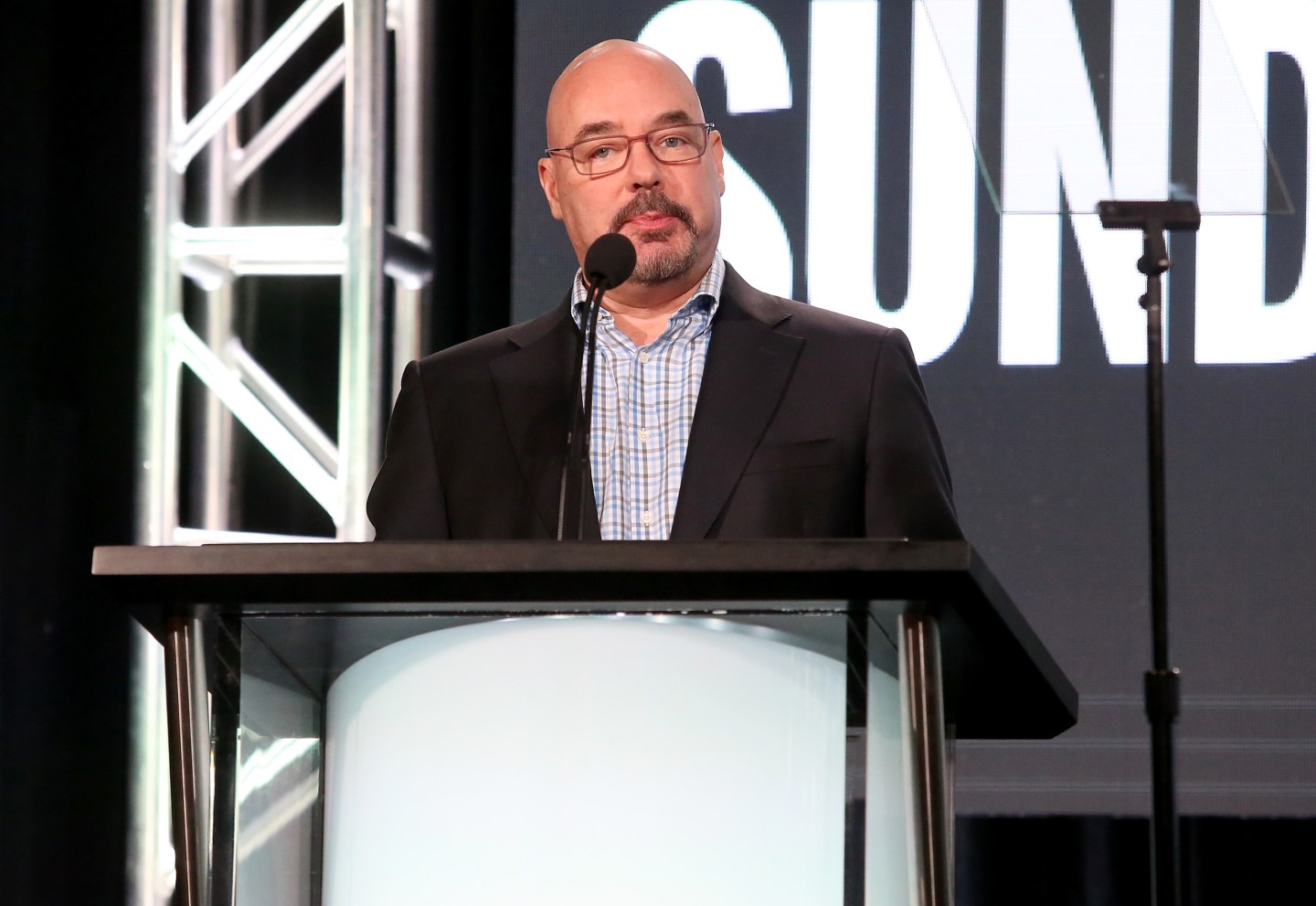 Hulu has finally named the person tasked with expanding the streaming platform’s slate of original programming.

On Wednesday, Hulu named Joel Stillerman as its chief content officer, a newly-created role that will oversee the streaming company’s overall content strategy at a time when Hulu is looking to expand its original series and film offerings to better compete with rivals such as Netflix and Amazon. Stillerman arrives at Hulu from AMC Networks, where he served as president of original programming for the AMC and Sundance TV cable channels.

Stillerman headed up programming at AMC since 2008, taking on the role early in the TV runs of shows like Mad Men and Breaking Bad, two popular and critically acclaimed series that helped transform AMC from a channel running movies to a destination for premier television. In its press release, Hulu noted Stillerman’s role in the development of AMC’s zombie-thriller The Walking Dead, which is the highest-rated drama series in cable history.

At Hulu, Stillerman will report directly to CEO Mike Hopkins while working with content head Craig Erwich on the development of original programming as well as content acquisitions. “Over the past several years, we’ve grown our audience and our content offering exponentially, and now is the right time to add Joel’s creative and strategic leadership to the team and drive the next phase of Hulu’s content business,” Hopkins said in a statement.

Hulu had reportedly been looking to find someone for Stillerman’s new role for quite some time. Last week, the company launched its long-awaited live-television streaming service, Hulu with Live TV, and ramping up the platform’s slate of original programming has been a priority as Hulu looks to attract more online viewers in the extremely competitive streaming space. Hulu already benefits from its close relationship with major networks—Walt Disney’s ABC, Comcast’s NBCUniversal, 21st Century Fox, and Time Warner all own stakes in Hulu—that give the streaming site access to its deep library of archived TV and film content. But, the streaming service was lacking a breakout original series before debuting the popular dystopian feminist drama The Handmaid’s Tale last month.

Now, as Hulu looks to bolster its new live-TV service and grow its base of roughly 12 million subscribers (compared to nearly 100 million for Netflix), the streaming site has a host of new original shows in the works. At an event last week where Hulu pitched its subscription services and programming to advertisers, the company announced several new projects, including the Castle Rock anthology series from horror writer Stephen King and Star Wars: The Force Awakens director J.J. Abrams. Hulu also announced a new historical drama series based on the events around 9/11, Looming Tower, that will star Alec Baldwin, as well as a partnership with Marvel Television on the teen superhero series Marvel’s Runaways.

Stillerman’s first task as Hulu’s new chief content officer would seem to be ensuring that those series that are already in development have a smooth road to the streaming platform. If some of the planned series are as well-received as The Handmaid’s Tale has been thus far, then Stillerman and Hulu will be off to a strong start toward the company’s goal of pulling even with its larger streaming rivals.