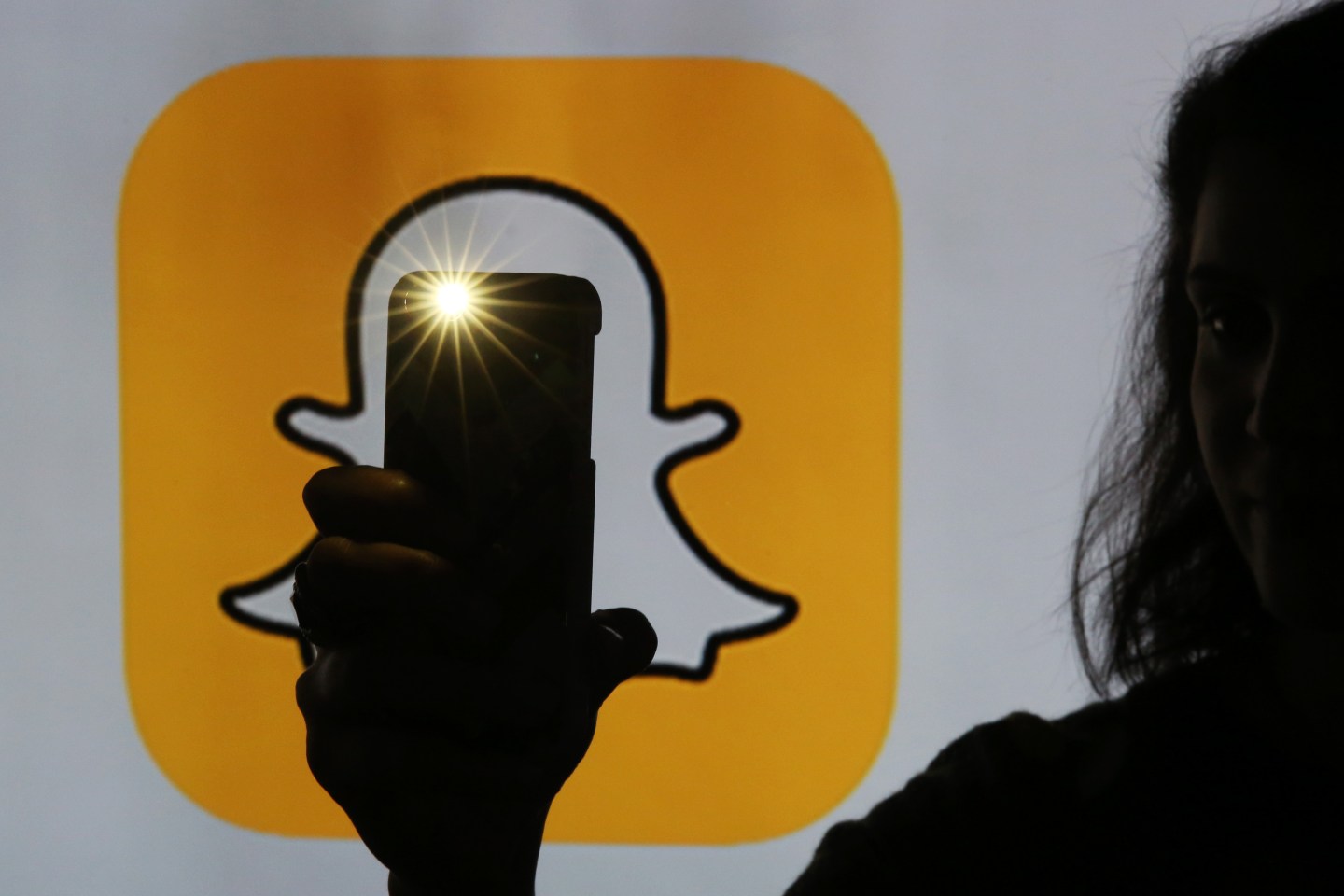 A woman takes a photograph with a camera whilst standing against an illuminated wall bearing Snapchat Inc.'s logo in this arranged photograph in London, U.K., on Tuesday, Jan. 5, 2016. Snapchat Inc. develops mobile communication applications that allows the user to send and receive photos, drawings, text, or videos that will only last for an allotted amount of time. Photographer: Chris Ratcliffe/Bloomberg via Getty Images
Chris Ratcliffe/Bloomberg via Getty Images

The wave of original programming heading for your favorite digital media services continues to gain steam—and, partnerships with major networks.

With social networks like Twitter and Facebook diving headfirst into developing exclusive and original streaming video content, the streaming television landscape extends far beyond the most obvious big players such as Netflix and Amazon Studios. The trend even extends to Snapchat, the popular messaging app, which has signed deals with nearly a dozen large media properties in recent months to develop original shows that would last roughly three to five minutes per episode and stream regularly within the app.

Yes, media giants such as ABC, BBC, and NBCUniversal are lining up to partner with Snapchat, a service that has more than 160 million daily users. Most of those users fall into the “millennial” demographic that advertisers covet, which makes the prospect of putting their original content in front of those users so alluring to big media players. NBCUniversal’s deal with Snapchat, announced last summer, was focused on creating a series of short episodes that are offshoots of popular NBC programming such as the network’s TV singing competition The Voice.

As the Wall Street Journal noted on Thursday, Snapchat parent company Snap Inc. has signed development deals in the past year with Walt Disney’s ESPN, Discovery, the NFL, A+E Networks, Time Warner’s Turner Broadcasting, and Vice Media, while the company is also reportedly in discussions with CBS and 21st Century Fox.

The idea of original programming airing exclusively on Snapchat certainly isn’t new. Last year, a small movie studio even released what it claimed to be the first scripted feature film ever shot and released entirely on the messaging app.

The latest company to sign up for original programming on Snapchat is the lifestyle-focused Scripps Networks Interactive, which said on Thursday that it plans to develop and produce new shows from its popular channels the Food Network and HGTV specifically for Snapchat. Scripps, which has been contributing social videos as on of Snapchat’s Discover partners since 2015, is also ramping up its presence on other social platforms by distributing videos on Facebook, Instagram, and YouTube.

“Snapchat’s distinctive mobile platform provides an ideal environment for us to touch millennials and centennials who may not yet be hooked on our premium offerings,” Henry Ahn, Scripps’ president of content distribution and marketing, said in a statement.

The new original shows developed by Scripps and other media partners for Snapchat would run within the app’s “Stories” section, which sorts collections of images and videos based on similar topics or themes. The app’s Stories section has proven so popular with users (and brands) that rivals like Facebook and Instagram recently created their own copycat versions of the feature. According to the Journal, Snapchat plans to offer as many as three new episodes of its original, short programming each day by the end of the year.

While the media giants partnering with Snapchat to create original programming are doing so in an attempt to reach the app’s younger audience, Snapchat is leveraging its cache with millennials to reel in high-end content creators. Parent company Snap, which went public with a long-awaited initial public offering earlier this year, has to hope that its slate of shorter original programming can help Snapchat stand out among its rivals, both with users and advertisers, especially considering how many other digital companies are doubling down on original content.