A Studio Is Hoping You’ll Pay $5.99 to Watch the First Snapchat Movie 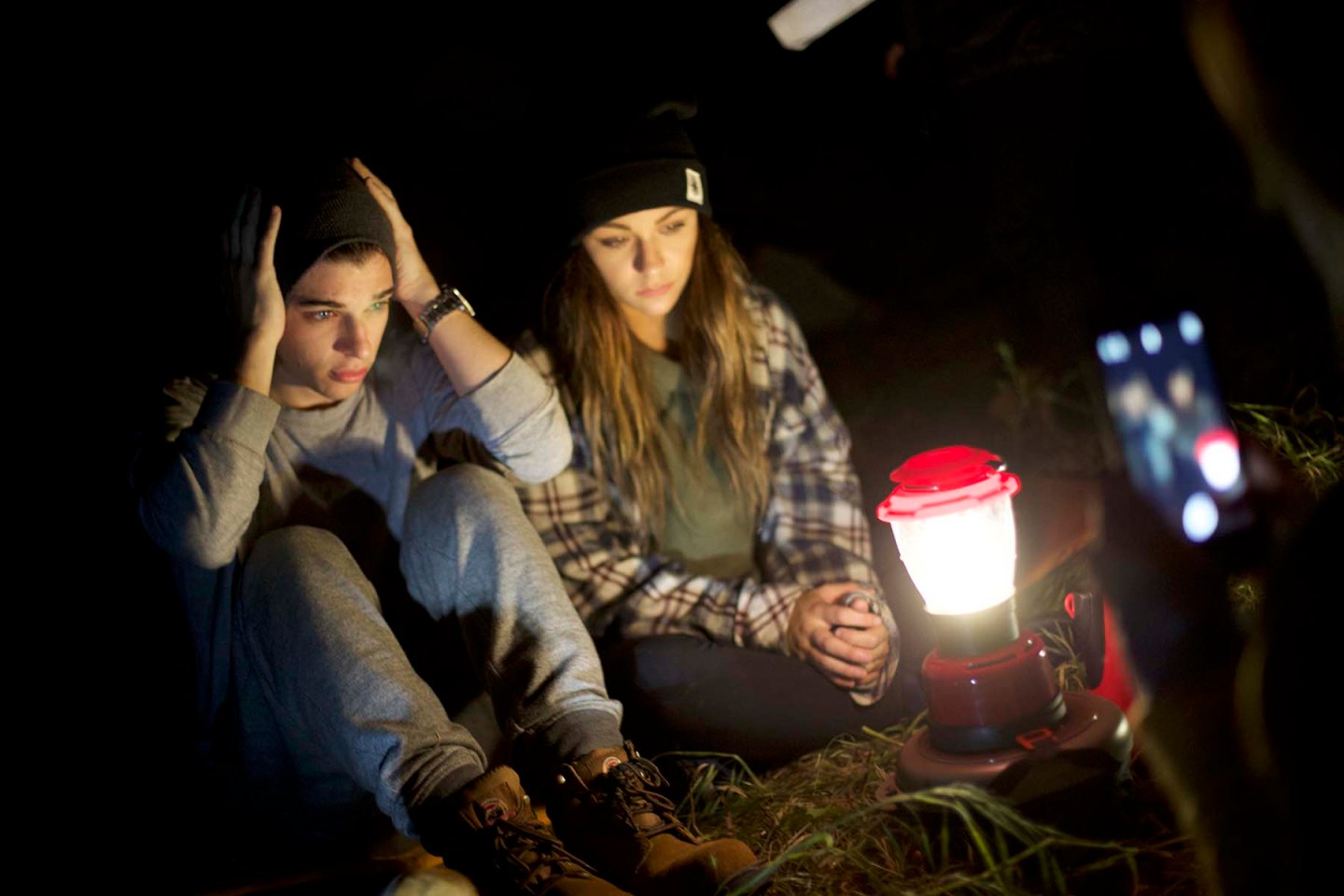 In April, an upstart movie studio released what it claims to be the first ever scripted feature film shot and released entirely on the Snapchat social media app. The experiment pulled in north of 100 million views. Now, the studio, Indigenous Media, is trying to cash in through a (slightly) more traditional distribution method by charging to stream the movie online.

Over the course of five days ending May 3, Indigenous Media posted enough live, 10-second clips—all filmed entirely through the picture and video sharing app—to constitute the bulk of a full-length, 68-minute horror film called Sickhouse written and directed by Hannah Macpherson. As of Wednesday, the movie can be purchased and streamed online through Vimeo for $5.99.

The movie stars a collection of young actors and social media personalities led by Andrea Russett, a social star with some 2 million followers, and the plot follows them on a spooky, found footage-style adventure reminiscent of past surprise hits like The Blair Witch Project and the Paranormal Activity franchise.

With millennials consuming more and more of their media through mobile devices and social platforms, executives at Indigenous Media bet that Snapchat users would warm quickly to the idea of following a narrative story posted in regular installments to social media, as opposed to the traditional theatrical experience.

Despite a nearly complete lack of marketing before shooting the movie and placing the short chunks on Snapchat, Indigenous Media COO Jake Avnet, 33, says Sickhouse generated more than 100 million views over the course of its five-day run from late-April to early-May.

Avnet (whose father, Jon, is a veteran Hollywood director and producer as well as the studio’s co-CEO) told Fortune the studio wanted to maintain the film’s authenticity—they wanted viewers to think the horror film playing out in real-time might really be happening—so they avoided marketing the movie and, in fact, they did not even run the idea by Snapchat before proceeding.

Snapchat declined to comment on Sickhouse when contacted by Fortune.

In addition to wanting to preserve the movie’s authentic, found-footage feel, Avnet said Indigenous Media believed it didn’t need Snapchat’s help to get people to tune in, preferring instead to rely on Russett’s online following to drive viewership. “That’s one of things that’s really interesting about distributing content on social media is whether it’s Andrea [Russett or another social celebrity], there’s a lot of people who have distribution that rivals a lot of traditional means,” Avnet told Fortune.

Will people pay to see the whole movie?

Still, while a lot of Snapchat users saw parts of Sickhouse, very few likely saw the whole movie due to the lack of notice and the fragmented distribution process. Now, Indigenous Media is hoping that buzz from the Snapchat release will attract an audience and that a fair amount of those who followed portions of their film here and there on Snapchat will shell out a few bucks on Vimeo to watch the full movie.

While Avnet declined to discuss the number of pre-orders Indigenous Media has seen for Sickhouse on Vimeo, he said he is optimistic when it comes to the movie’s online revenue potential despite the fact that there isn’t much of a benchmark level for the movie to compete against. “We’re super enthusiastic, but it’s one of those situations where there’s zero historical [comparisons] available to us, so we have no idea [how the movie will do on Vimeo],” Avnet said. “We hope for the best.”

Avnet also didn’t rule out the possibility of Sickhouse eventually making its way to traditional theaters if it performs well online. The goal, Avnet said, is to get as many people as possible to see the film.

Of course, the authenticity factor Indigenous Media sought to nurture for Sickhouse‘s Snapchat release will be missing now that the movie has received some attention before its Vimeo launch. (Avnet said the studio created a real website to build a mythology for the film’s titular “Sickhouse,” a fictional home they gave a frightening backstory, while encouraging the movie’s stars to casually drop mentions of the fake legend in the days leading up to the Snapchat release.) For what it’s worth, though, Avnet said the Snapchat release only covered roughly 75% of the film and that the Vimeo release will include a less ambiguous ending than what Snapchat users saw on social media a month ago.

Whether or not Avnet and Indigenous Media find major success with their Snapchat-to-Vimeo business model, at the very least they’re helping to forge an interesting path for the movie industry. It’s a path that includes the relatively low overhead of shooting a film entirely via a mobile device and an app (the studio said Sickhouse‘s budget was similar to that of a typical indie film) while potentially tapping into various social networking platforms’ massive built-in audiences of users. With major studios pumping more and more money into superhero movies and tentpole franchises with sky-high budgets, any relatively low-cost opportunity to attract a millennial audience is worth exploring.

“I think there’s room for everybody, to be honest . . .” Avnet said. “I don’t think this is the end of Transformers [or] that the next one’s going to be made as a Snapchat film. I think there’s opportunities to do [multiple types of business models].”

Whatever the result may be, Sickhouse is yet another example of the movie industry looking for the best way to reach a younger generation of viewers that is not as drawn to cineplexes and traditional media as their predecessors. Whether it be fan-fueled crowdfunding for movies or set-top boxes that stream first-run films to your home, filmmakers and studios are constantly experimenting with the industry’s business models.

For Indigenous Media, the results of the studio’s experiment with Sickhouse should help provide a template that determines how to proceed with future projects. While Avnet said the studio has nothing similar to Sickhouse to announce just yet (though he said the studio has a variety of traditional and non-traditional projects in the works), it is possible that any future Indigenous Media social media releases could grow to include anything from partnerships with sp ecific platforms, such as Snapchat or Facebook (FB), to soliciting brands for things like branding partnerships or product placement. “As far as digital platforms go, if there are audiences, there’s ways to make money off of them,” Avnet said.