The hottest club in town is Snapchat Discover 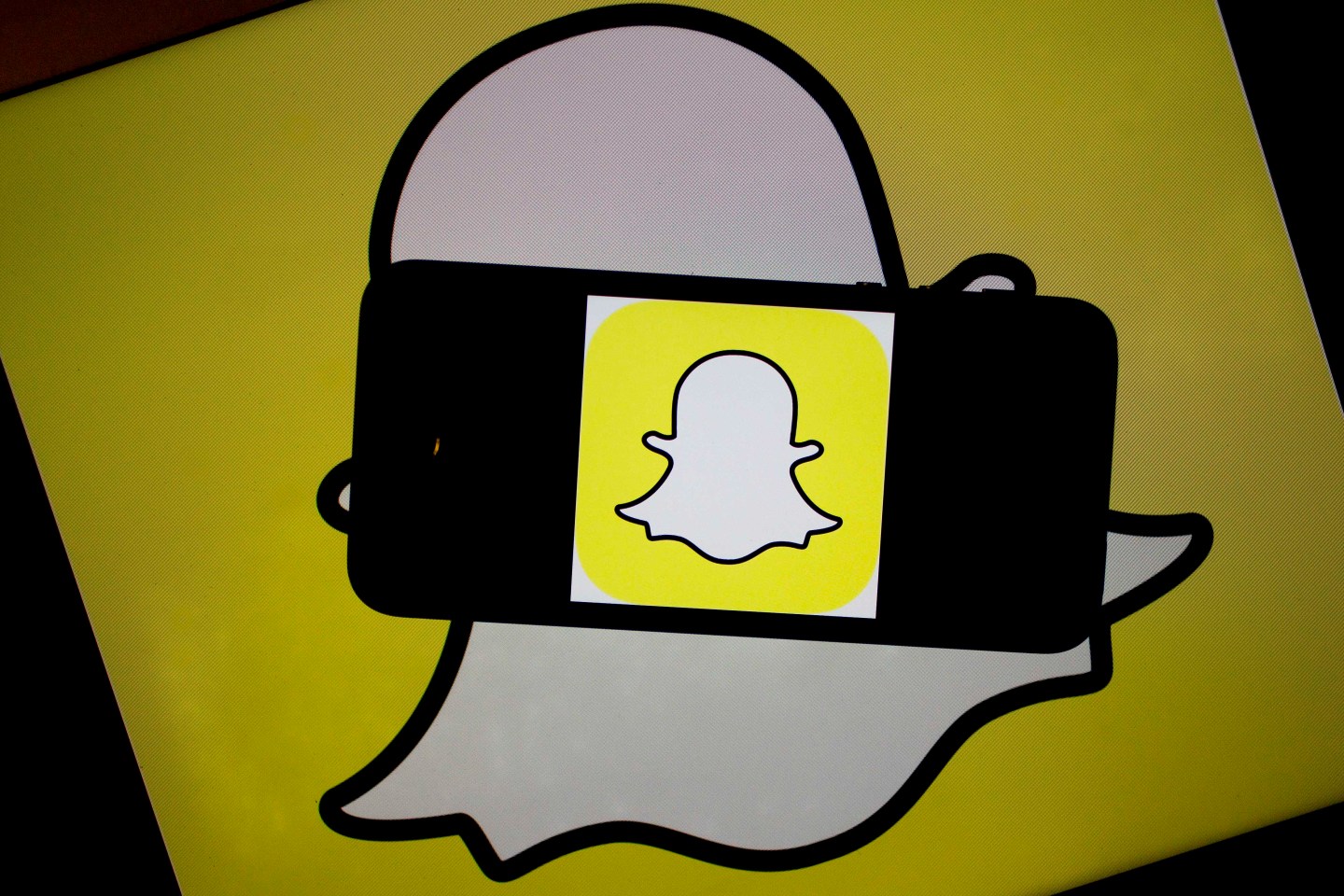 New York media executives used to feel anxiety over landing a prime lunch reservation at Michael’s in Midtown Manhattan. Now, they’re dying to get into a much more exclusive club: Snapchat Discover.
It’s new. It’s hip with the kids. It is fast becoming a mobile media sensation, with a group of carefully selected media partners falling over themselves to provide stories and videos for a new generation of consumers, all from within the Snapchat app.

Anybody who’s anybody is there—and the nobodies who can’t get in are scrambling to change their sorry situation.

But it’s not that simple. With only 15 channels, Snapchat Discover is a platform promoting scarcity in a digital universe of limitless blog posts, cat videos, hot takes, and Tweets. When Snapchat added two new media companies to Discover in July, it kicked out two others, Yahoo and Warner Music Group. When it adds another batch in October, it may remove more.

Such moves make Snapchat Discover feel like the “cool kids table” of media, which is catnip for status-obsessed media execs. “It’s the velvet rope thing where people are lining up and they don’t know what they’re lining up for. But they want to get in,” one executive said.

Snapchat uses data, not perceived industry power, to determine which media companies stay and which get the boot. And it helps to know Nick Bell. As Snapchat’s head of content, Bell selects those partners, which currently include digital outlets (Vice, BuzzFeed, Mashable), magazines (People, Cosmopolitan), and television networks (CNN, Comedy Central).

“It’s the hottest ticket in town,” says the CEO of one publication that recently joined Discover, speaking anonymously because the discussions with Snapchat are private. “Everyone who is not on here wants to be on here,” says another. Executives have been hounded by their counterparts at other publications wanting to know the secret to landing a coveted spot in the app. Even a spokesperson conceded that the interest has been, at times, “overwhelming.” Fortune spoke with executives from half of Snapchat’s current Discover partners as well as several others hoping to get in.

The limited number of spots means a tiny class of media companies get real traction with Snapchat’s 100 million daily users. Within the industry, there’s a running joke that CNN’s Snapchat channel gets more views than its cable TV channel. (It may well be true—some partners report millions of views per day, which beats most cable news networks.)

If the future of media is distributing content across numerous digital channels, media executives see Snapchat at the forefront, thanks to its engaged audience of young people. “If you throw mobile, video, millennials and explosive growth together, people would be crazy not to focus on it,” says an executive.

Getting in isn’t easy

Bell prefers publishers that create special “vertical videos,” cropped to fit into an upright smartphone. Those videos get nine times more views than horizontally shot videos repurposed from TV and YouTube. Tastemade, a food-focused video network that joined Discover in August, even built a set at its Santa Monica studio specifically designed for vertical video.

Partners need to be able to move quickly, since Snapchat, which is very much a startup despite its $15 billion valuation, can be disorganized and spontaneous. “It drives the traditional media companies a little crazy,” one executive says.

Once they’re in, publishers post daily content that’s native to the strange, sometimes confusing nature of the app. That includes looped animations, quotes, quizzes, “Flashback Friday” videos and activity-book style images that users fill out and share with their friends. A tour of the channels can feel like an acid trip through the candy-colored diary of a hyperactive teenager. It takes significant resources to create those acid trips, though: Mashable has a team of eight to 10 people who create animated graphics, images and videos for its Snapchat Channel, for example.

A push to sell ads

Ad sales have become a much bigger part of the conversation since Discover launched in January, a media executive says. Snapchat has created pressure to deliver revenue and show momentum, reportedly targeting $50 million in revenue this year, even after losing some key employees. (Mike Randall, its vice president of business and marketing partnerships, and Emily Bell, its chief operating officer, left in the last year.) “[In January] they didn’t talk about sales. Now they’re asking, ‘How many sales people do you have? Where are they?’” one executive says.

For existing partners, Snapchat asks for detailed weekly sales updates about which advertisers the publisher is talking to and where the conversations stand.

Thanks to its enviable young audience, brands are eager to run ads on Snapchat. “A lot of advertisers came back from [the Cannes Lions festival] saying, ‘I like Snapchat, get me into Snapchat,’” one executive said.

But the company doesn’t have a large enough ad sales team to support the demand, so it’s depending on its media partners to sell. (A Snapchat spokesperson said the company has tripled its sales team over the last quarter.) Revenue share varies between publishers, but some say Snapchat takes a 30% cut of ads sold by publishers and a 50% cut of ads sold by Snapchat’s team.

Many advertisers are experimenting on the platform, but waiting to get data that shows their ads are working before investing more. Further, several publishers said they view revenue from Snapchat “incremental” and not core to their operations.

They may decide, after all the fuss of getting in, that it’s not worth the effort. As one executive asked: “How long will the sexiness of getting invited into the club last without any return on it?”