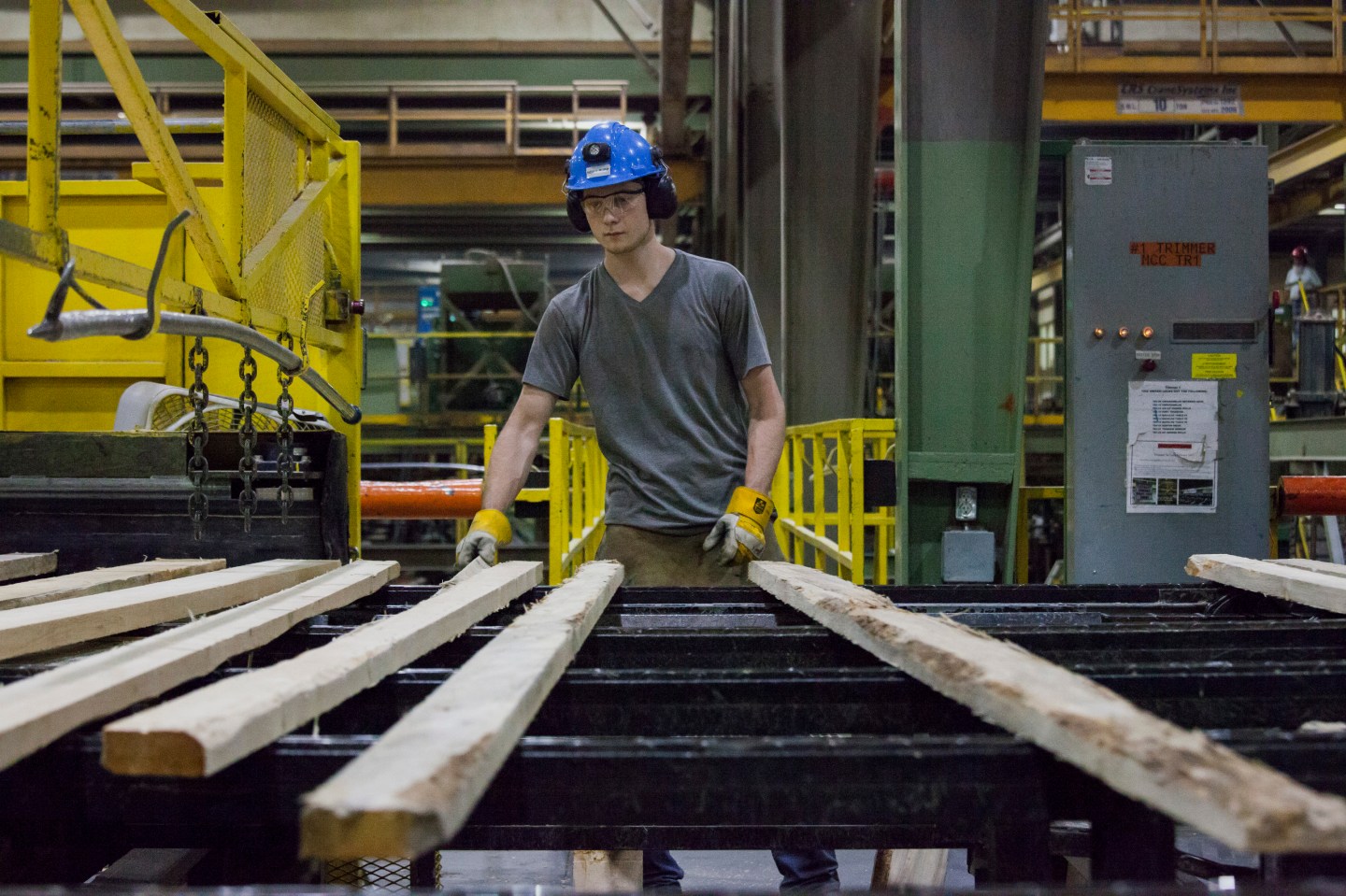 An employee monitors lumber as it moves through machines for processing at the West Fraser Timber Co. sawmill in Quesnel, British Columbia, Canada, on Friday, June 5, 2015. Since the late 1990s, the grain-of-rice-sized mountain pine beetle has attacked and killed more than 700 million cubic meters of pine trees in the inland forests of British Columbia, Canada's top lumber-producing province. Photographer: David Ryder/Bloomberg via Getty Images
Photograph by David Ryder — Bloomberg via Getty Images

Americans of all political persuasions and economic strata can agree that policies that support affordable homeownership and housing are laudable and worth pursuing.

So every citizen should be deeply concerned about the U.S. Department of Commerce’s recently announced plan to impose countervailing duties averaging 20% on Canadian softwood lumber. This unjustified tax will raise the cost of housing for millions of American households.

Lumber is, by far, the predominant building material used in new home construction, and there are 15,000 board feet of lumber in a typical new home. America must import about one-third of its lumber supply from Canada because U.S. lumber production is simply not robust enough to meet the nation’s needs. Therefore, lumber imports are vital for the construction of affordable homes for American families.

Lumber prices have already soared more than 20% since the beginning of the year, largely because the markets were already factoring in the effects of the anticipated tariff. In practical terms, this jump in lumber prices has already added nearly $3,600 to the cost of a new single-family home. Simply put, inflated lumber prices already act as a tax that U.S. homebuyers pay for to subsidize corporate lumber producers.

So obviously, U.S. lumber producers have a big incentive to ensure lumber import tariffs and quotas are in effect. That just means bigger profits, largely funded by American homebuyers. It’s also why lumber producers have gone to this playbook five times since the 1980s by requesting investigations to determine if Canada was subsidizing lumber exports to the U.S. In two of the three most recent investigations, it was ultimately ruled that the U.S. industry’s subsidy allegations were unfounded; the third was never completed because a negotiated settlement was put in place.

The timber industry represents a far greater share of the economic output in Canada compared to the U.S. Domestic producers have used this leverage in the past to coerce Canada into making bad trade deals with quotas and/or tariffs that are unfavorable to the Canadian timber industry, as well as American homebuyers, homebuilders, and other lumber consumers.

Imposing unwarranted, protectionist trade barriers that hurt millions of American citizens in order to line the pockets of the large, domestic lumber producers is not the answer to resolve the U.S.-Canada lumber trade dispute, or encourage economic growth.

Canada and the U.S. need to work together to promptly hammer out a long-term solution equitable to all parties that will ensure a lasting and stable supply of lumber imports into the U.S. at a competitive price.

And since the U.S. does not have the capacity to meet domestic demand, these are the steps it could take instead:

As the U.S. housing market continues to pick up steam, the demand for softwood lumber will continue to grow. The administration can take a firm stand for American families seeking to become homeowners by acting to rescind the lumber duties.

Granger MacDonald is chairman of the National Association of Home Builders.