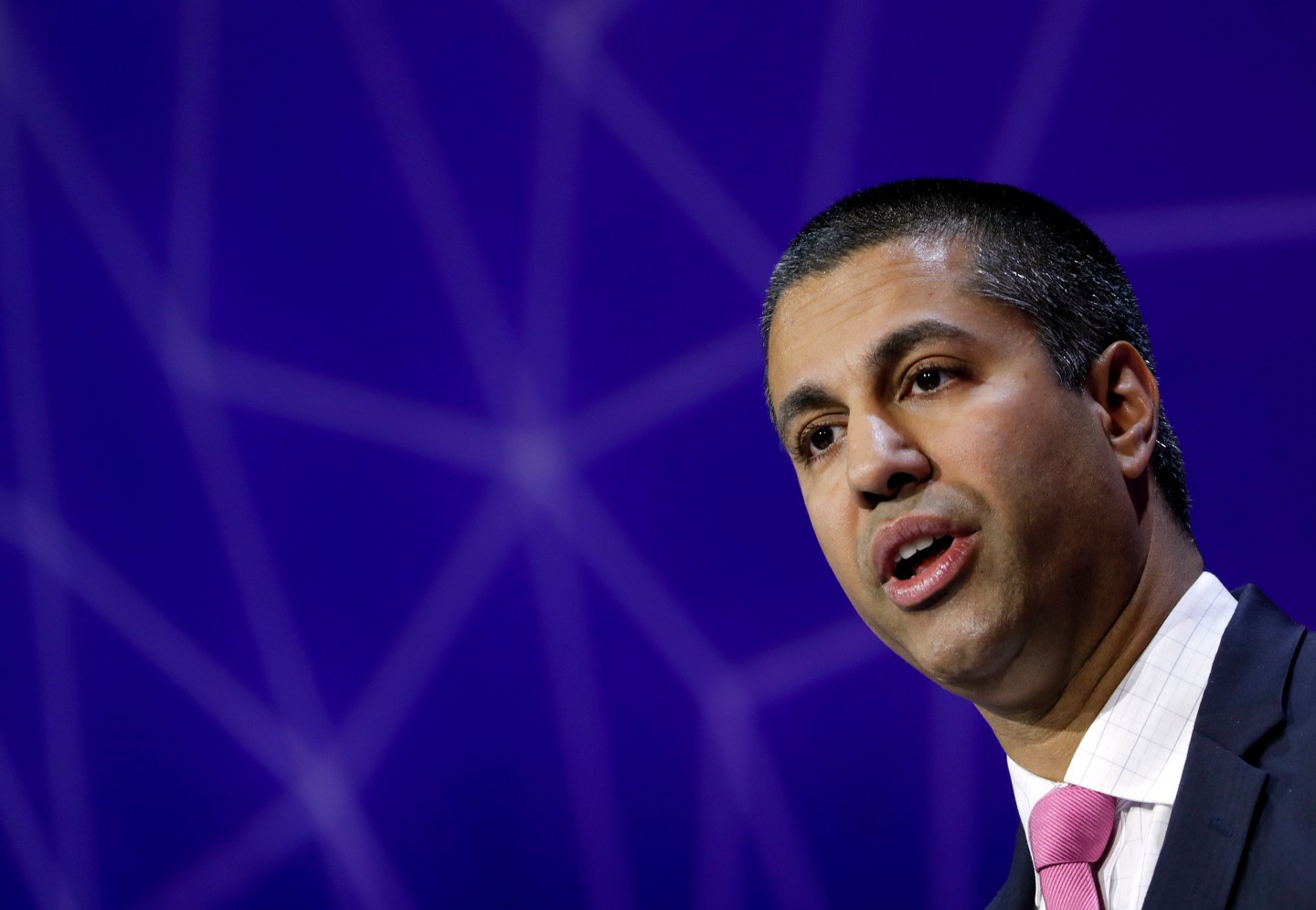 At a speech to broadcasters in Las Vegas, the FCC chief said the commission will vote May 18 to start the review. He noted that close to 1,000 pages of media regulations are on the books.

“Given the realities of today’s media marketplace, we need to see which rules are still necessary and which should be relaxed or repealed,” Pai said.

He said the review will include revising the government’s’ media ownership rules, “including one dating back to 1975,” adding the review will cover rules pertaining to traditional broadcasters as well as cable and satellite carriers.

In 2016, the FCC under President Barack Obama voted to retain nearly all rules limiting cross-ownership of newspapers, radio and TV stations in the same market. Struggling newspaper companies had pushed for the FCC to relax the restrictions.

In 1996, Congress ordered the commission to review cross-ownership rules every four years. But the FCC did not have a review between 2006 and 2016.

In 1975, the FCC banned cross-ownership of a newspaper and broadcast stations in the same market unless it granted a waiver, but allowed existing ownership structures to remain in place.

Pai, named chairman by President Donald Trump in January, said last year the FCC should have repealed the ban on ownership of a broadcast station and newspaper in the same market, citing the closing of 400 U.S. newspapers, or about a quarter of daily titles, since 1975 as advertising revenue has sharply declined.

“It makes no sense for the government to be discouraging investment in the newspaper industry,” Pai said last year.

A Frenzy of Telecom Deals Might Be on the Horizon

Last week, the FCC voted to reverse a 2016 decision limiting how many television stations some broadcasters can buy. The decision could lead to a possible acquisition by Sinclair Broadcast Group (SBGI) of Tribune Media some Democrats in Congress said.

Pai also said the FCC plans to vote to eliminate the “main studio rule” requiring radio and television broadcast stations to maintain a main studio in or near the community of their license.