Steel Stocks Are Getting Another Trump Bump 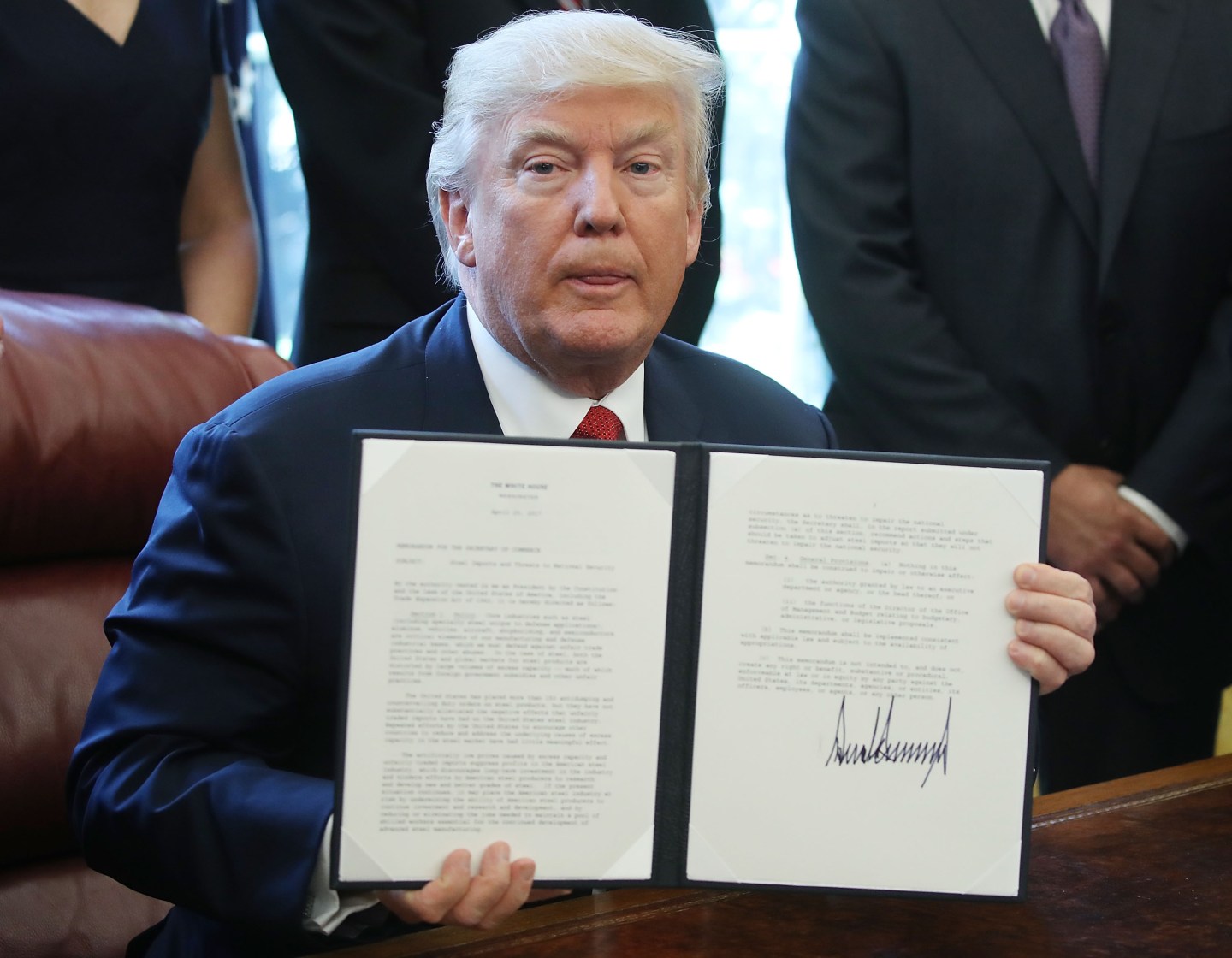 President Trump holds up an Executive Memorandum on the investigation of steel imports, after signing it in the Oval Office at the White House, on April 20.
Mark Wilson Getty Images

Shares of major steel manufactures are jumping since President Donald Trump officially ordered an investigation on Thursday that looks into the impact steel imports have on national security. The probe could give him the authority to ban imports from any country in the world, which would serve to raise the price of the metal since its supply would be cut.

Steel Dynamics is up more than 7% since the close of trading Wednesday, while United States Steel is up 6% and AK Steel Holding is just behind it, up nearly 6%. Nucor, another large steel manufacturer, is up more than 3%.

The stock bounce comes just as the industry bump that resulted from Trump’s election appears to be wearing off. From November on, Wall Street’s excitement over Trump’s campaign promises to greatly increase infrastructure spending and build a massive wall across the border to Mexico led to huge stock gains. In fact, steel companies accounted for three of the top seven market gains among Fortune 500 companies last year. AK Steel, which ranked first, had a 359% return, while second-ranked United Steel delivered a 332% return and seven-ranked Steel Dynamics posted a 100% return.

But now it seems investors have slowly begun to doubt the staying power of Trump’s campaign promises. After closing at $20.96 on Election Day, United States Steel doubled in price and topped out at $41.83 in February. But since then, the company has given back 27% of its value. AK Steel, which jumped 87% after the election has since fallen 41% from its high.

Depending on the results of the investigation, Trump, who has railed against Chinese steel in the past, could impose broad restrictions on any steel imports. It seems likely he would do so, given that he has railed against Chinese importers in the past, claiming they undercut domestic manufacturers with cheap steel. A disruption in the supply chain would swing prices higher, which investors are sure to take notice of.

Also helping boost steel stocks is news that the World Steel Association, which represents 160 steel producers that account for 85% of global production, said Friday it expects steel demand will grow more than expected this year. The industry body had previously predicted in October that demand would increase 0.5%, but it has since revised its forecast to 1.3% growth for this year and 0.9% for 2018.