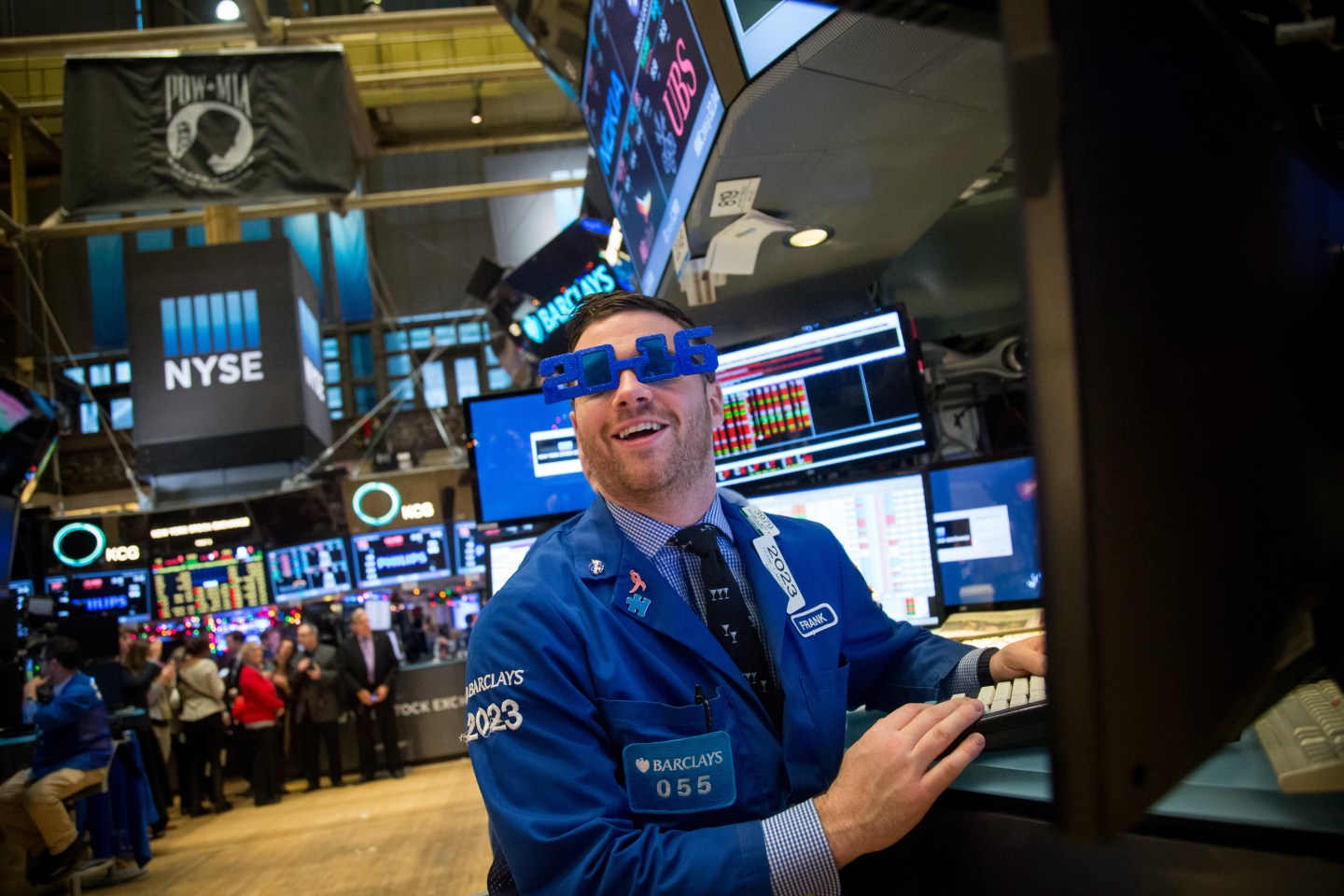 For 2016’s best-performing Fortune 500 stocks, you can definitely call it a comeback.

In a year when the S&P 500 has gained a solid 10%, these Fortune 500 companies ran circles around that return: All of the stocks on this list at least doubled their share prices in 2016, and the top two winners each more than quadrupled.

Still, you won’t find any high-growth tech companies on this list. Most of this year’s big winners come from unsexy industries beset by struggles from which these firms are just starting to emerge. Three are steel companies whose stocks took off after Donald Trump won the U.S. presidential election, prompting hopes of a wave of new spending on infrastructure.

Also, although Fortune 500 members are, by definition, the largest companies in the U.S. by revenue, none of this year’s top gainers was among the very biggest of the big. Indeed, six of the top 10 performers come from the bottom half of the 500 list.

Even though they may no longer be underdogs, the stocks of many of 2016’s best performers remain well below their all-time highs, and several still look cheap. So even if you missed out on a four-bagger return this year, there may be more rallies to come for some of these stocks in 2017.

Iron ore and steel prices fell precipitously in 2015 on slowing demand for construction material in China. But they bounced back forcefully after hitting bottom in early 2016, as steel producers cut production dramatically. After several years of losses, AK Steel (AKS) is expected to turn a profit in 2016, as the company continued to cut costs while also benefiting from higher prices.

Still, the steepest jump in AK Steel’s stock price came after Trump won the election: AK’s shares are up more than 74% since Nov. 8. Not only is the Trump administration likely to green-light more infrastructure projects that will rely on heavy materials such as steel, the President-elect has signaled that he will enact trade policies that make imported steel less attractive while tipping the scales toward U.S. producers. Oh, and it doesn’t hurt that Trump’s nominee for secretary of commerce is Wilbur Ross, the founder and former CEO of a major steel company.

“Trump’s impact on trade and therefore domestic steel supply and prices could be much quicker and more meaningful than Trump’s infrastructure plans,” write J.P. Morgan analysts, who rate AK Steel “overweight” (that is, a buy).

Like AK Steel’s shares, United States Steel (X) stock surged this year as steel prices rose, then accelerated further after Trump’s victory (gaining more than 70% since the election). U.S. Steel doesn’t have quite as much leeway to cut costs as smaller peers like AK. That makes it extremely sensitive to steel prices—and also makes it the American steel stock that could benefit the most from a recovery in that market, according to J.P. Morgan. As the amount of steel imported from China continues to decline and domestic production stays in check, the price of the metal will likely keep going up—sending U.S. Steel even higher.

This year’s rally in Navistar’s stock—which more than tripled in 2016—has almost (but not quite) made up for its terrible 2015, when the shares fell 74%. Navistar (NAV), which makes diesel engines and trucks, took a costly wrong turn a few years ago when it tried and failed to develop its own emissions-reducing system to meet new Environmental Protection Agency standards. In March, it had to pay $7.5 million to settle Securities and Exchange Commission charges that it misled shareholders about its technology’s capability to cut emissions.

While the end of that investigation popped the lid off Navistar’s stock price, the tipping point came just after Labor Day, when Volkswagen—a company that faced its own (much larger) emissions scandal—announced it was taking a nearly 17% stake in the company. Navistar’s shares surged 41% in a single day on the news. Other investors in the company include high-profile activist Carl Icahn.

We’ve lumped these two stocks together here because their businesses, their recent stock performance and their near-term outlooks are close to identical.

Prior to the presidential election, Fannie’s and Freddie’s share prices were pretty much flat for 2016. But that all changed when Trump won the White House: Both Fannie Mae (FNMA) and Freddie Mac (FMCC) stock have more than doubled since the Nov. 8 vote.

The reason is fairly straightforward: Trump’s treasury secretary pick, former Goldman Sachs banker Steven Mnuchin, suggested privatizing Fannie and Freddie, which have been under government control since the mortgage lenders received a giant bailout during the financial crisis. That outcome would be a far cry from what was expected just a few years ago, when Fannie and Freddie’s shares were worth just pennies as the government indicated that it would eventually phase them out entirely. Privatizing the quasi-governmental companies would also a huge boon to a growing contingent of hedge fund speculators, who have invested in the pair and advocated that the government allow the companies to keep more of their own profits.

One indication of Fannie and Freddie’s wild ride since the Great Recession? They were the top two best-performing Fortune 500 stocks in 2013, returning more than 1000% each, only to land on the list of worst performers the following year.

An Oklahoma-based natural gas production and pipeline company, Oneok (OKE) struggled when that commodity’s price fell along with oil prices starting a couple of years ago: Oneok stock was down 46% in 2015. But as natural gas prices surged this year, Oneok’s shares more than doubled. Still, they have yet to recover to where they were trading at their peak in the summer of 2014.

After a five-year bear market in precious metals including gold, silver and copper—all of which Freeport-McMoRan (FCX) produces at its mines—the prices of those commodities rallied in 2016 as supply came down closer in line with demand. Trump’s election win gave copper an additional kick, with investors believing that his administration’s expected infrastructure projects will need to rely on that building material.

Freeport had suffered particularly in recent years from its decision to diversify into the oil business—at what turned out to be exactly the wrong time, as prices plummeted. It sold off some of its energy business this year, relieving it of some of the debt it had taken on in the process. Still, Freeport maintains substantial operations in that area that will benefit if oil prices continue to rise.

Still, Steel Dynamics still got a major boost from rising prices this year. And it’s particularly well positioned to profit from increasing demand for steel, as the company has greatly expanded the amount it can produce since the 2008 financial crisis.