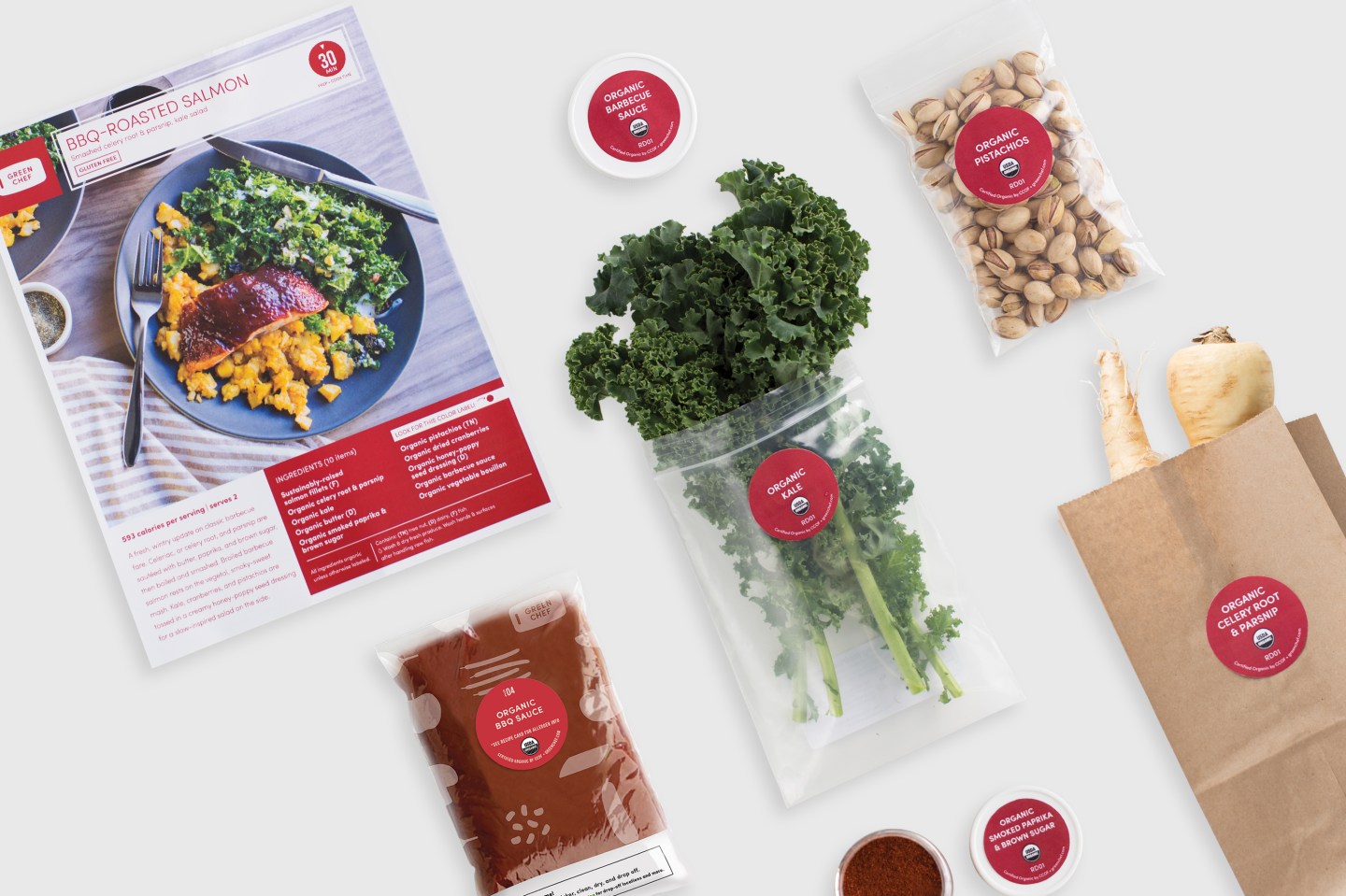 The $5 billion meal kit delivery market is a crowded and competitive space. In an attempt to stand out, each player has developed its own “thing.” Chef’D’s recipes come from famous chefs, Purple Carrot’s only makes plant-based meals, while HelloFresh touts that it has dietitians on staff.

But the latest point of differentiation in the market has nothing to do with food. It’s all about the packaging.

Take Green Chef, whose founder and CEO Michael Joseph claims the Boulder-based startup has more certified organic ingredients than any other meal kit company in the industry. But his newest selling point isn’t based on this distinction — instead, Joseph is peddling the company’s efforts to reduce the size of its packaging, while making what it does use more sustainable.

“We’re trying to stay on the forefront of minimizing our impact, since so many of our customers care about this,” Joseph says, adding that there’s a “very large overlap” between customers who care about organic food and those who care about sustainability.

The meal kit industry has long plugged its ability to cut food waste by apportioning out the exact amount of an ingredient, eliminating the need to buy an entire jar of that weird spice you’ll eventually throw away.

But the unintended consequence of these perfectly doled out ingredients has been a whole lot of packaging. Joseph says that there’s a “whole level of customer” out there that won’t become meal kit regulars until the industry fixes its packaging problem.

Green Chef, which started the year with more than $100 million in annualized revenue, is working on it. This summer, it rolled out “optimized” delivery packing. To reduce its meal kits’ box size by 20%, the company took out about four pounds of ice, a move that required extensive testing to make sure its products still met food safety standards. The change will save more than 200 tons of cardboard annually. It also means the company can fit more boxes on trucks, further reducing its environmental footprint.

Green Chef also changed the insulation in its boxes and is now using cotton and the fibrous material jute as an insulator, surrounding it with a recyclable wrapper. The insulation is made of 85% recycled material and is completely compostable.

The company’s latest efforts have been swapping its plastic jars to fully recyclable food-safe pouches. The switch is saving 85% in materials, or 55 tons of plastic—about the same amount used in 4 million water bottles.

Joseph says that reducing packaging may have a bigger overall impact than just using recyclable materials since that requires that the customer take that additional step.

“It’s a really complicated set of problems when factoring in the entire system,” Joseph says.