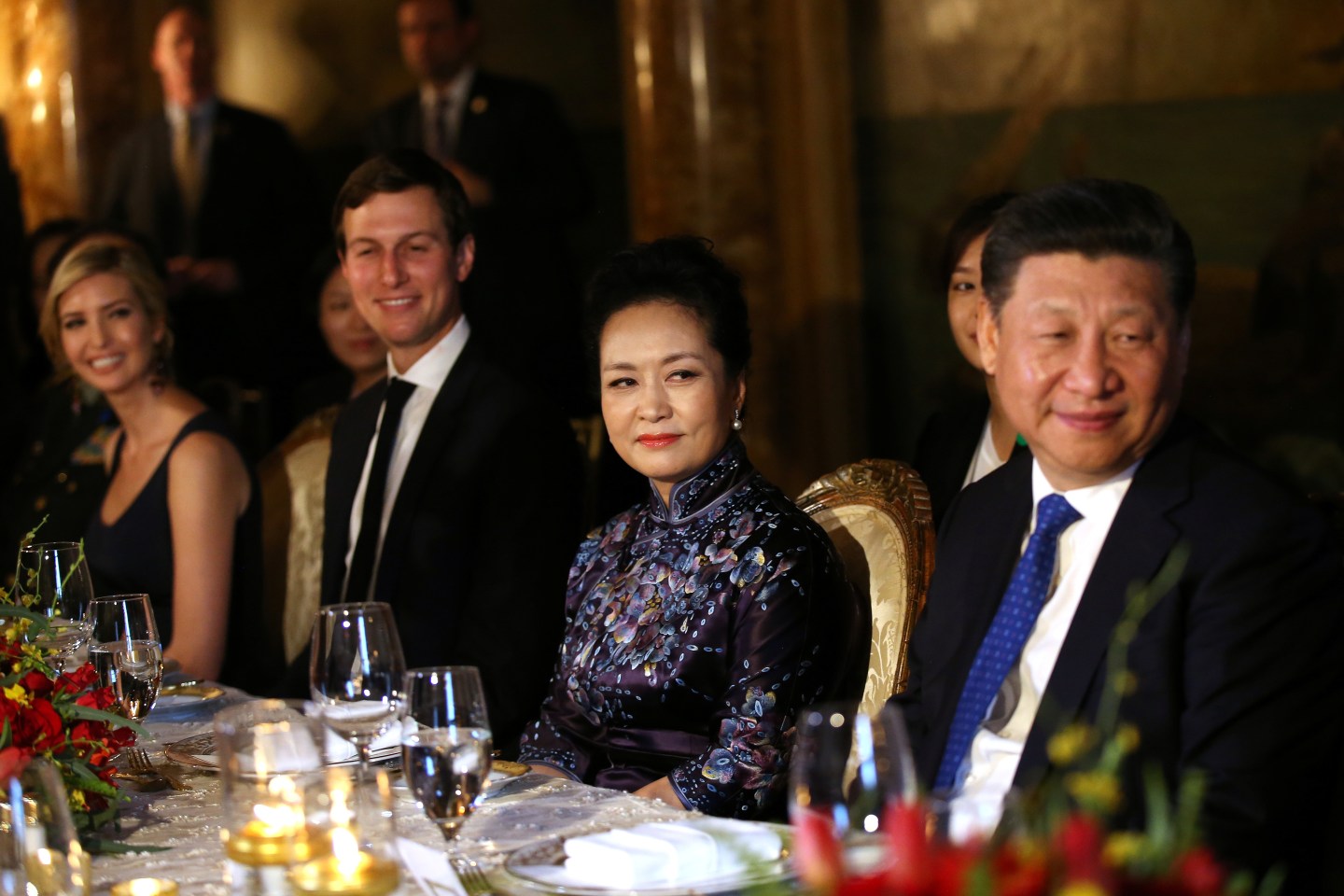 China has defended how it handled trademark applications by the company of First Daughter Ivanka Trump, saying the matter was handled fairly and equally.

Lu Kang, spokesperson for China’s Ministry of Foreign Affairs, told reporters Wednesday that the country abides by the law and follows “the principle of giving equal protection to foreign trademark holders” when processing such applications, reports the Associated Press.

Three of the five trademark applications that were approved since President Donald Trump’s Jan. 20 inauguration were granted on Apr. 6, during Chinese President Xi Jinping’s U.S. visit. Ivanka Trump and her husband Jared Kushner sat next to Xi and his wife for a dinner at President Trump’s Mar-a-Lago resort in Florida that day.

Lu responded to questions about the timing, saying that “there are perhaps some media engaging in hyping certain gossip to hint at something undisclosed,” adding such attempts would “never succeed.”

Representatives from the Ivanka Trump brand said that the trademark applications in China were filed to defend its name from being appropriated by trademark squatters.

“We have recently seen a surge in trademark filings by unrelated third parties trying to capitalize on the name and it is our responsibility to diligently protect our trademark.” the company’s president Abigail Klem told NPR in a statement.

Both the President and his daughter have been mired by allegations of potential conflicts of interest, raised both before and after Trump took office. Recent financial disclosures revealed that Ivanka Trump and Kushner’s businesses are worth up to $740 million, with links spanning the globe.