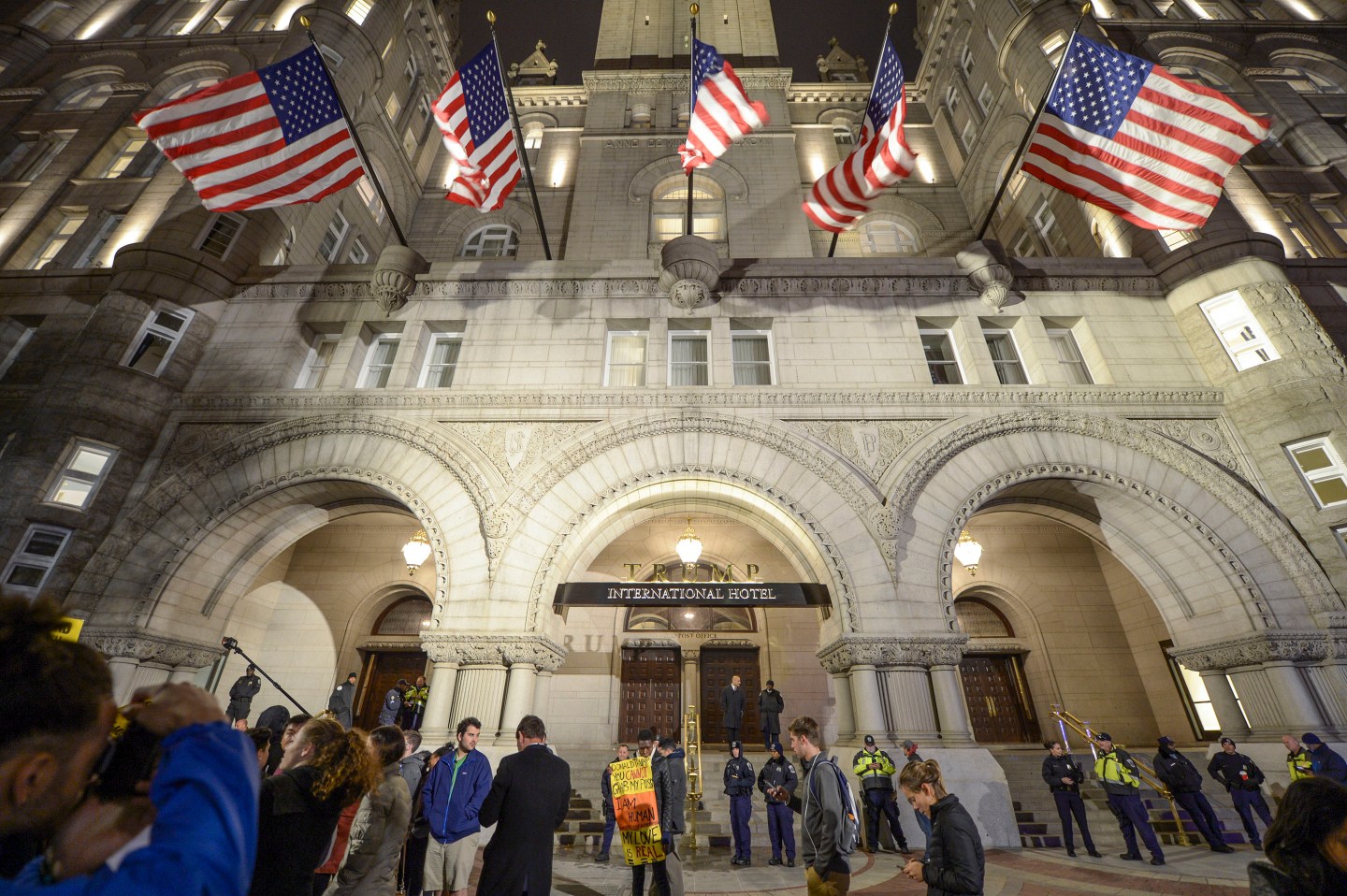 Donald Trump’s sparkling new hotel on Pennsylvania Avenue in Washington is quickly becoming a monument to the president-elect’s conflict of interest problems.

The Trump Organization’s lease with the federal government for the historic building housing the hotel explicitly forbids an elected official from profiting off the deal—a clause that Trump is poised to breach when he takes the oath of office on Jan. 20—something that hasn’t escaped the attention of Congressional Democrats.

In a Wednesday letter to the General Services Administration, four top House Democrats asked the agency to brief them within a week about what steps it’s taking “to protect the interest of taxpayers” with respect to the 60-year, $180-million lease.

The lawmakers—led by Maryland Rep. Elijah Cummings, the top Democrat on the House Oversight and Government Reform Committee—noted what some ethics and procurement experts have already pointed out this week: Trump will soon be appointing a new GSA administrator charged with overseeing his lease. And even if Trump hands control of his business empire to his three eldest children, he’ll still face a conflict by continuing to derive a financial benefit from it. What’s more, Trump would place his GSA chief in the position of negotiating rent adjustments and other tweaks with the boss’s kids. “This is not a hypothetical conflict—there is a clear and very real conflict that will be triggered the moment Mr. Trump is sworn in as President of the United States,” the House Democrats wrote.

Since House Democrats are in the minority in the chamber, they have no formal power to compel a response from the GSA. But a source with a committee said the lawmakers deal with the agency constantly and believe it will comply.

Trump on Wednesday morning sent a series of tweets announcing he’ll hold a “major news conference” in New York City on Dec. 15 to reveal how he plans to walk away from his empire “in total” to focus on the presidency. It’s not clear what he has in mind, and his wording suggested his legal team is still crafting an approach to take Trump “completely out of business operations.”

GSA in a statement on Tuesday said only that it plans to coordinate with Trump’s team to address “any issues” with the Old Post Office Building lease. The Democrats’ letter comes as House Oversight and Government Reform Chairman Jason Chaffetz (R-Utah) signaled the apparent conflict presented by Trump’s hotel lease doesn’t concern him—and that he won’t look to investigate Trump’s business entanglements at least until after the inauguration.

In a piece published Monday, two federal procurement experts called the issue presented by the lease a “casebook example of both the appearance of a significant conflict of interest and an intolerable intermingling of an elected official’s governmental duties and his family’s personal financial interests.” They call on the GSA to take “unilateral action” to terminate the lease, assuming Trump refuses to negotiate a mutually agreeable exit.