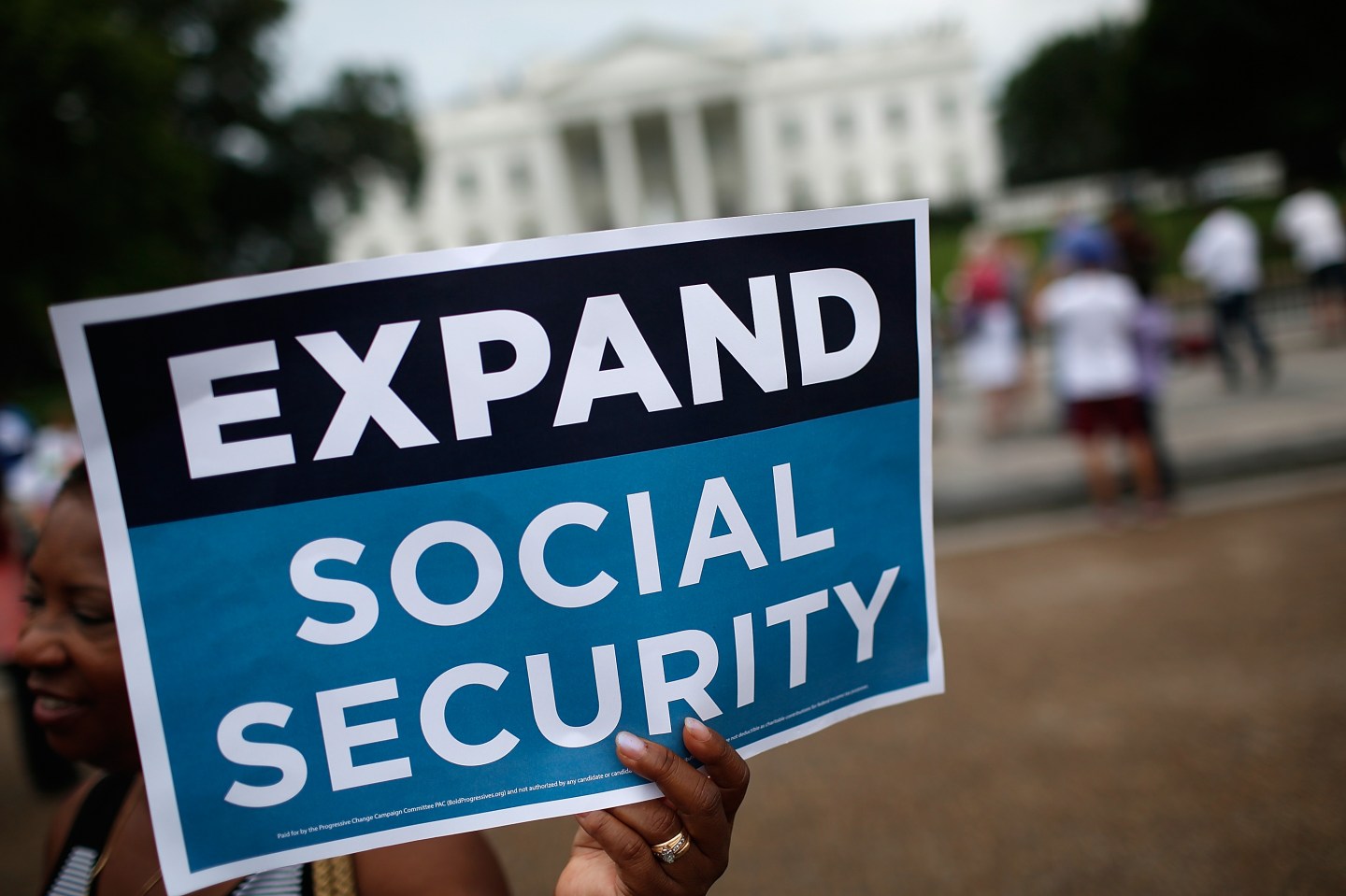 They sometimes say the rich get richer. Maybe it’s because they live longer.

There is a growing disparity in the total retirement benefits that high and low income earners will receive over their lifetimes, according to a study detailed in a recent working paper from the National Bureau of Economic Research. The study found that, overall, higher-income retirees can expect to receive over $130,000 more in 2009 dollars than those on the lower end of the income spectrum, simply because higher earners tend to live longer. Adjusted for inflation, that amounts to just under a $150,000 difference today.

Despite a recent downtrend, overall life expectancy in the U.S. has gotten longer over the years. But those gains haven’t been equally distributed. A 50-year-old man in 2010 whose lifetime income put him in the top 20% could expect to live 7 years longer than the same man would have lived 30 years earlier, the NBER paper said. But a 50-year-old man in the bottom 20% of earners in 2010 could actually expect to live a slightly shorter life than his 1980 counterpart.

The widening longevity gap is having a pronounced effect on the distribution of retirement benefits the government doles out. In 1980, such benefits, which include Social Security, federal disability insurance, Supplemental Security Income, Medicare, and Medicaid, didn’t differ all that much between the two demographics. Those at the top received more from Social Security, while those at the bottom received more from disability insurance, Supplemental Security Income, and Medicaid, and the two roughly evened out.

But by 2010, a huge rift had emerged, as longer lives meant more Social Security payouts for those at the top. (Social Security payments are also based on lifetime earnings, so higher earners are typically entitled to larger benefits payments.)

The study looked at several solutions that could help stem the growing inequality in benefit distribution. One way to mitigate the problem would be to raise the normal “full” retirement age by three years, which would place it at 70 years old. Such a move would reduce benefits for everyone, since three years would be shaved off of their collection, but the reduction in benefits would be nearly twice as large for those at the top as it would be for those at the bottom.

Aside from raising the earliest eligible age for retirement (which would slightly increase benefits for the lowest earners but would provide bigger increases for the highest ones), there were no potential suggestions that actually increased benefits for those in the who earned the least. Instead, the potential reforms looked at in the study merely reduced benefits for everyone in ways that would reduce the benefit inequality gap on paper but would actually end up doing more harm than good in reality. (One reform that the authors didn’t consider, possibly because it would be difficult to enact politically, is the idea of boosting payments to lower-income workers so their Social Security payouts represent a higher share of their lifetime income.)

Of course, any potential solutions to the problem would first have to wait until the bigger pressing issue facing government retirement benefits is solved. As it is currently laid out, Social Security won’t have enough money to pay out benefits at its current rate in the semi-near future.

In the meantime, many financial advisors are urging their clients to prepare themselves for potential rocky times ahead, by saving more money and by being prepared to invest more of what they do save in stocks. For many households, of course, that first task is easier said than done.