Trump’s Transportation Secretary Says Women Are ‘Ridiculed’ for Their Preparation 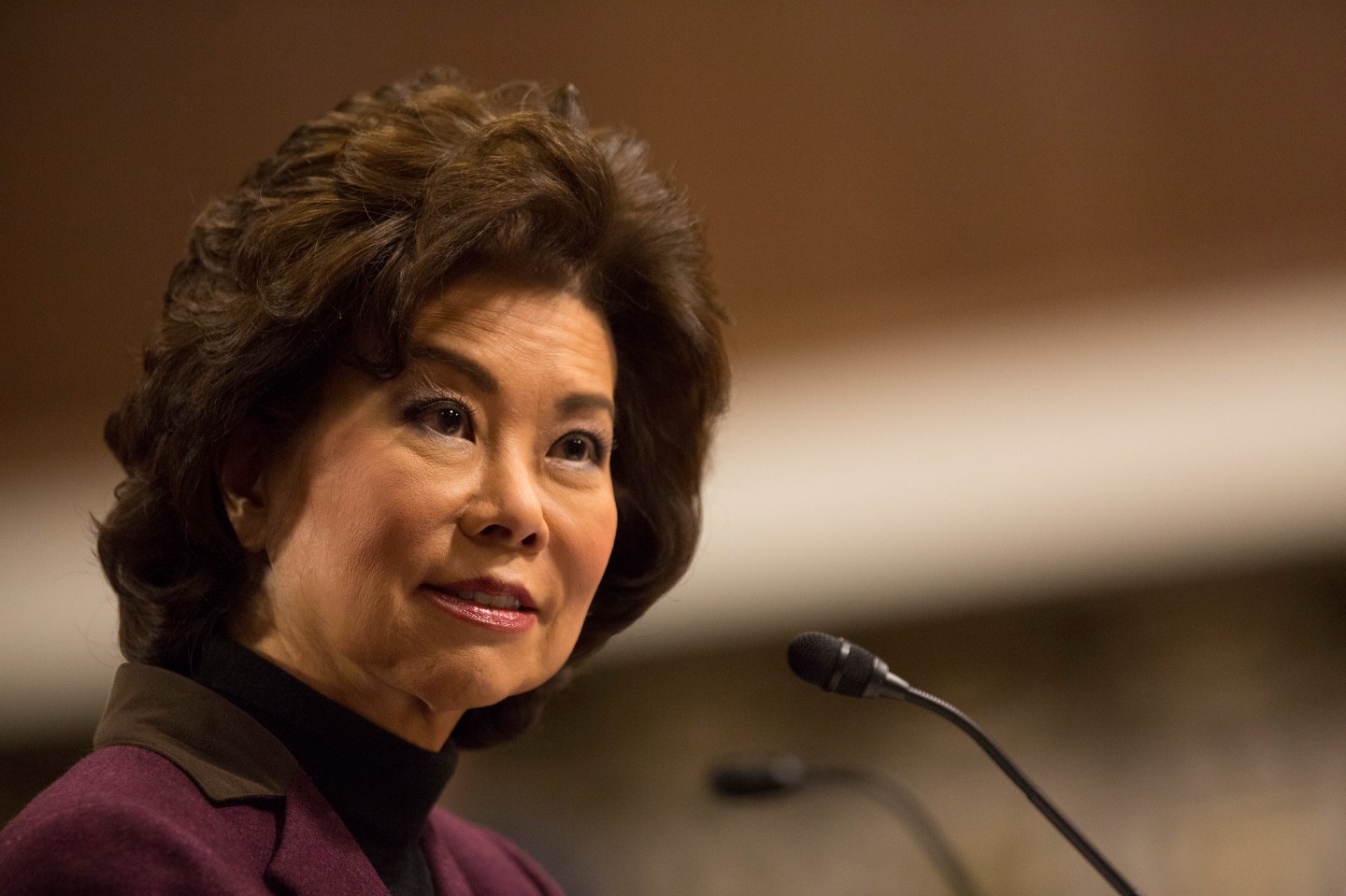 U.S. Transportation Secretary Elaine Chao has worked for four presidents—Ronald Reagan, both Bushes, and now Donald Trump. One of the lessons she’s learned along the way? “I prepare so much more than some of my male colleagues,” she says.

Chao made the remark during an interview with Politico‘s podcast Women Rule, in which she was asked about how she excelled in the male-dominated industries like transportation and banking. “I knew what I was doing,” she said, citing knowledge and experience that made her indispensable.

“I think subject area expertise empowers the person. People have to come to you because they need your expertise,” said Chao, who was the first Asian American woman to serve in the U.S. Cabinet when President George W. Bush appointed her labor secretary in 2001.

Pressed on the point, Chao posed the question: “Men don’t prepare that much, so why do we have to prepare as much?”

“Because we probably have to work harder,” she said. The topic seemed to strike a chord:

“I prepare so much more than some of my male colleagues… And I know women who are prepared more and we get ridiculed and it’s like, ‘Oh, my gosh. She’s just preparing so much. She’s such an automaton. Can’t she just like, wing it?’ Well, I’m not comfortable winging it. I don’t prepare as much as I used to because experience does count. But in the beginning, yeah I prepared, and I tried to make it look as if I wasn’t preparing because I didn’t want to be ridiculed.”

During a presidential debate, Trump chided rival Hillary Clinton for reports that she had spent a lot of time studying for the showdown.

“You criticize me for preparing for this debate,” Clinton said in response. “And, yes, I did. Do you know what else I prepared for? I also prepared to be president.”

Beyond that real-world example, Chao’s point is also backed up by data. A YouGov poll in October found that 74% of U.S. adult women—versus 60% of men—said they tend to prepare for things rather than improvising. At the same time, 32% of men indicated that they tend to improvise, compared to just 17% of women.

During the podcast, Chao was asked about another area where she and Trump seem to conflict: immigration. Chao, born in Taiwan, is an immigrant herself. She moved to the U.S. at age eight and talked extensively about how the immigrant experience shaped who she is. “You have to teach yourself to learn on your own,” she says.

But Chao demurred when talking about Trump’s harsh immigration rhetoric, arguing that the “trend of fearing the impact of immigrants” in the U.S. “ebbs and flows.”

“We are welcoming of immigrants; we are a nation of immigrants. I don’t think anyone should doubt that,” she said. What’s difficult is determining “how to incorporate, to welcome all these newcomers to our country and help them understand how uniquely blessed they are to be Americans.”

She also said Trump, whom she described as “a very straight-forward talking man,” gave voice to “a whole segment of our population that felt they had no voice.”

“When we talk about a national discussion,” she says, “I think everyone needs to have their place at the table.”