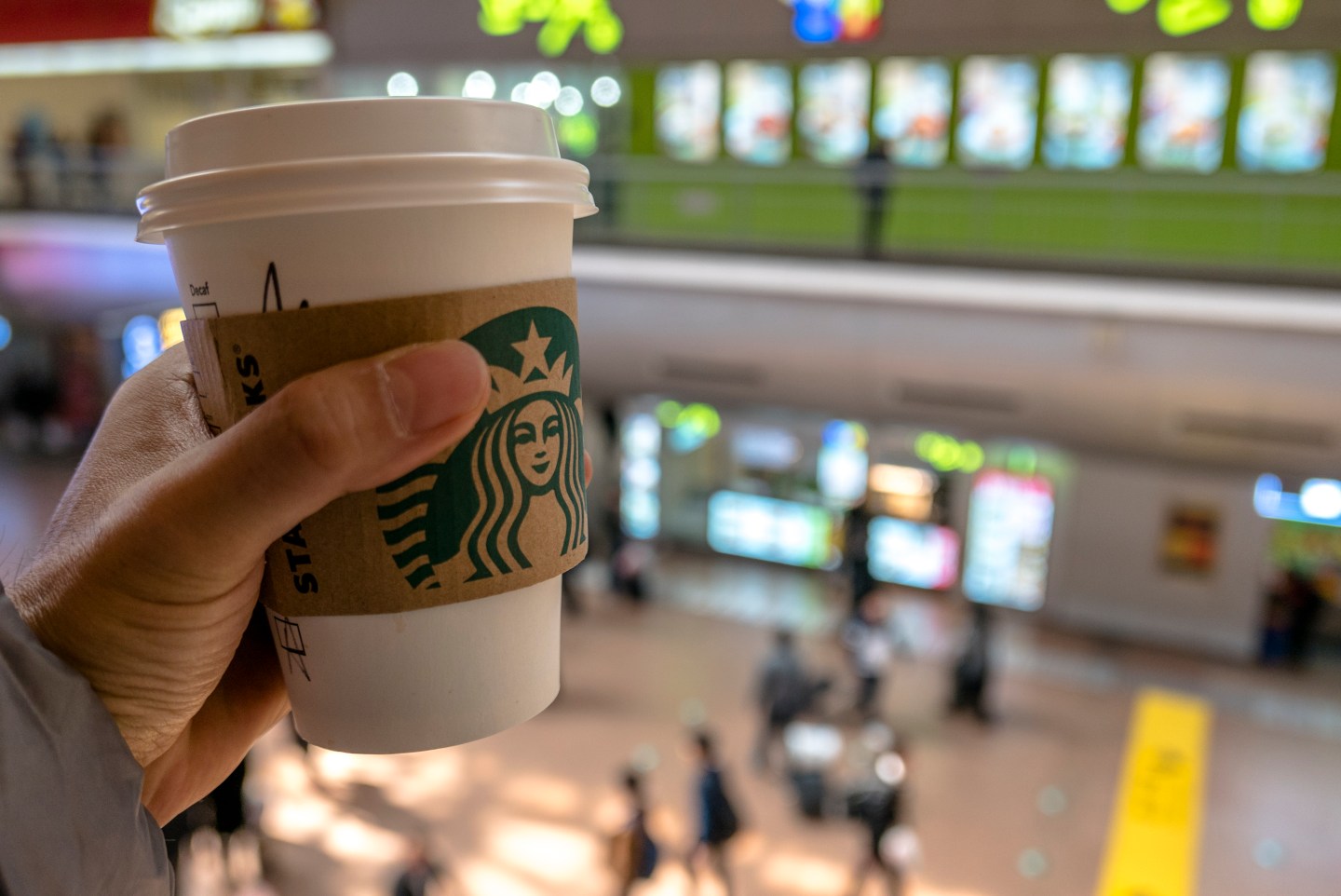 : Hand holding a Starbucks coffee cup in a shopping area. Starbucks is growing fast in China and aims to double its locations there in the next five years to reach 5,000 stores by 2021. Besides the explosive growth in stores, Starbucks is overseeing the opening of the first high-end coffee bar in Shanghai. (Photo by Zhang Peng/LightRocket via Getty Images)
Zhang Peng—LightRocket/Getty Images

Starbucks (SBUX) is rolling out an insurance plan to cover the parents of its employees in mainland China should they fall critically ill.

Beginning June 1, the ‘Starbucks China Parent Care Program’ is expected to benefit more than 10,000 parents of Starbucks’ employees in China, the coffee maker’s largest and fastest growing market outside the United States, according to a company press release issued Tuesday.

“Supporting critical illnesses for aging parents exemplifies what we believe is our responsibility as a global public company and honors the family values deeply-rooted in the Chinese culture,” Starbucks’ executive chairman Howard Schultz said in a statement.

The initiative comes on the back of analysis by Starbucks that showed more than 70% of employees who had applied for aid from an internal financial assistance program were concerned about the health of their parents as they aged. Singles—who make up around 80% of Starbucks’ China workforce—were especially concerned about their financial ability to provide long term care in the event of parental sickness.

“Culturally, parents play an important role in the lives and career choices of our Chinese partners,” said Belinda Wong, CEO of Starbucks China. “Through this new investment, we are stepping up on our responsibility to help our partners take care of their aging parents by alleviating the financial costs that may arise during a family emergency.”