How the Restaurant Industry Is Fighting President Trump on Immigration 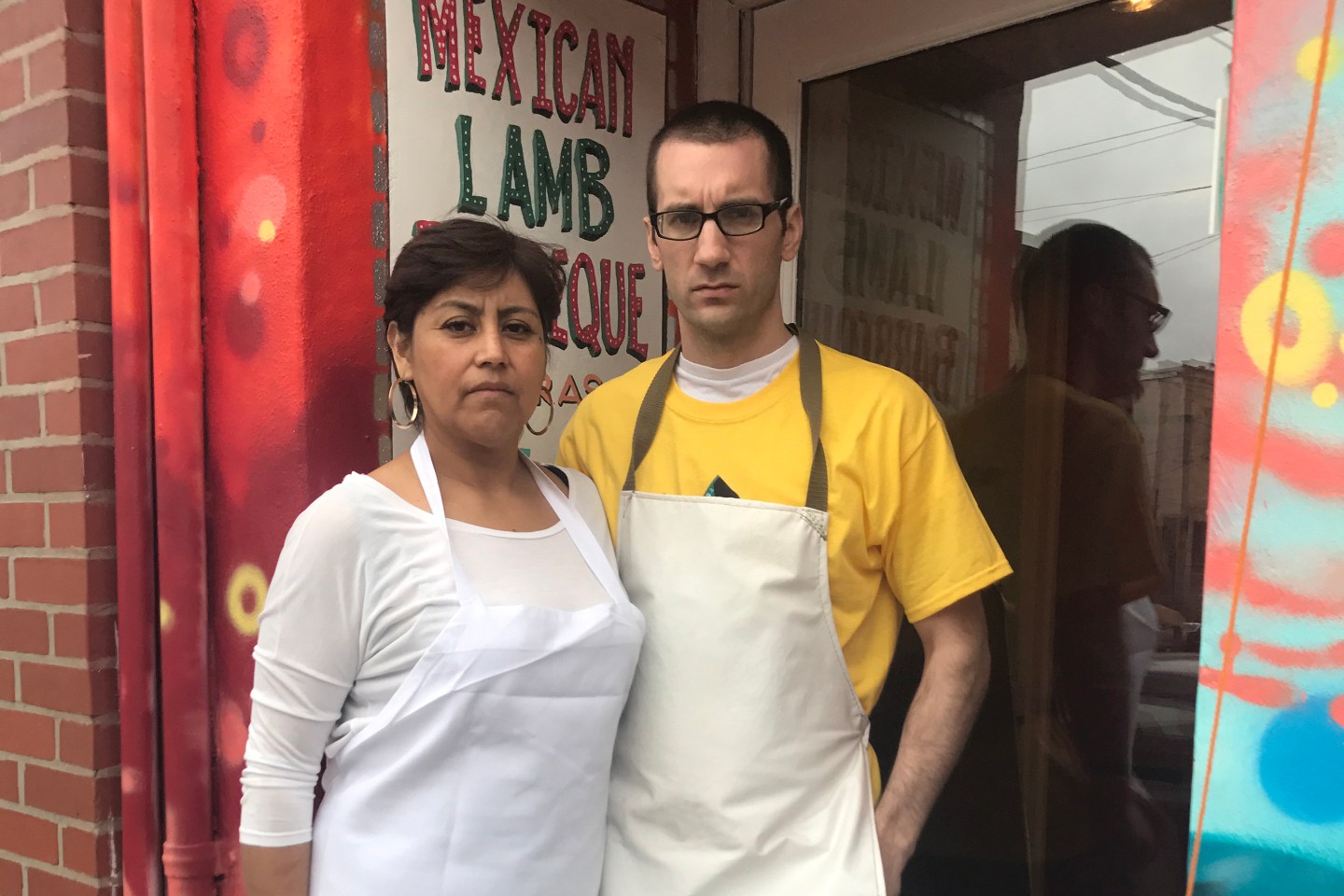 When Cristina Martinez came to the United States from Mexico, her undocumented status made it hard for her to keep a job. She worked in a restaurant as an entry-level prep cook before becoming a manager, only to be fired in 2012 after a lawyer advised her to disclose her immigration status to her bosses in an attempt to gain citizenship.

Now, she and her husband Ben Miller — a fellow chef who she met at that same restaurant — own South Philly Barbacoa, one of Bon Appetit’s 2016 picks for the best new restaurants in America. Together, the couple aims to mobilize the industry to advocate for the thousands of undocumented workers in food establishments across the country. The couple joins a growing movement of chefs and restaurant owners, including celebrity chef José Andrés, who have turned to political activism in light of recent threats from President Donald Trump’s administration, from deportation sweeps to an attempted travel ban and proposed border wall. Already, chefs have organized Day Without Immigrants protests, and Martinez and Miller have other actions like that set for the spring.

“Undocumented workers make the beautiful dishes that you’re eating,” Martinez told Fortune. “Let’s take an honest look at the systematic issues that criminalize so many immigrants.”

The most high-profile action Martinez and her husband have taken to date is crafting a resolution to go before Philadelphia’s City Council. While the document is not a binding law, it asks the Council to recognize the positive contributions immigrants can make, regardless of status, to the city’s economy and culture.

“It’s important to understand that policies don’t come first,” said councilwoman Helen Gym, the sponsor of Martinez and Miller’s resolution. “The change in how people understand issues and perceive one another have to come first and when we have a lot of organizing and engagement around that sea change, then we’re going to see policy changes occur.”

According to a recent Bureau of Labor Statistics report, 1.4 million of the 12.7 million employees in the restaurant workforce are undocumented immigrants. A separate report from the United States Department of Agriculture shows that most U.S. farm workers are also undocumented immigrants. And now that Attorney General Jeff Sessions is cracking down on sanctuary cities, where immigrants can live without fear of local authorities turning them in to the federal government, these groups are vulnerable to the recent deportation raids.

CNN reports that Immigration and Customs Enforcement (ICE) has been targeting undocumented immigrants since February, including those in the food industry. That month, more than 50 undocumented restaurant workers were detained in federal raids in Mississippi, according to one of the region’s newspapers, the Clarion-Ledger. Immigrants who avoid ICE face the possibility of exploitation by employers: A 2008 survey from the National Employment Law Project found that 51% of all undocumented workers in New York City were underpaid by more than $1 per hour, and 47% said they were required to work after sustaining an injury on the job.

To take their awareness efforts further, Martinez and Miller have spent the past year and a half throwing “Right2Work” dinners to “create a space to discuss the reality of what’s happening.” The dinner series, which features live music, guest speakers and panel discussions, has sold out for every one of the 11 events held so far — one of which Philadelphia Mayor Jim Kenney attended.

On the heels of their local success, the couple now wants to take their dinners to go. They created the Popular Alliance for Undocumented Workers’ Rights (PAUWR), and partnered with Restaurant Opportunities Centers United (ROC) to fund a national dinner tour. The first one kicks off in New York City on May 1 — the same day as the next nationwide Day Without Immigrants strike. Additional dinners are scheduled in Atlanta, Detroit and New Orleans, with the hope of getting to San Francisco, Boston and Baltimore in the future. Martinez and Miller see the national tour as both an opportunity to raise awareness, as well as to get attendees to campaign for similar resolutions in their own cities.

“That’s what restaurant people can do: We can throw events, cook food, make people have a good time, and raise money with it,” Miller said. “And that’s a skill that I would say other activists groups don’t have. Why not use that? Food brings people together.”