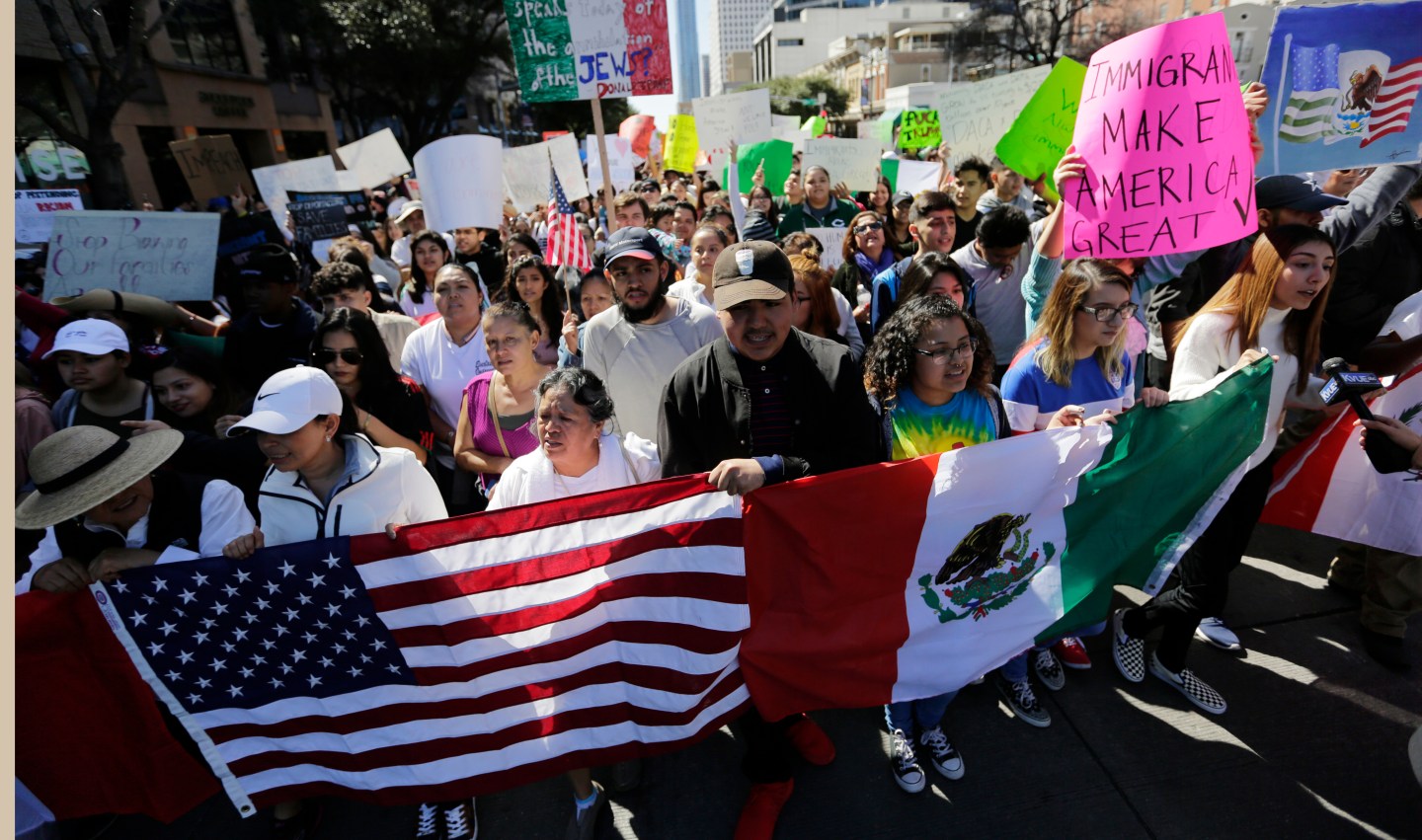 Immigrant restaurant workers across the country didn’t work on Thursday. Some of their bosses didn’t seem to mind.

Restaurant owners who spoke to Fortune stood in solidarity with their immigrant employees who participated in the nationwide “Day Without Immigrants” strike, which organizers hoped would highlight their importance to the American economy and daily life at a time when they feel under siege following the election of President Donald Trump.

“I have concerns about what’s happening in this country,” Jon Myerow, the owner of Tria, a restaurant group with four outposts in downtown Philadelphia, said in an interview. “As a business we’re non-partisan, but most of us are immigrants or descendants of immigrants and some of the things we’re seeing are scary.”

Some restaurants across the country never even opened their doors on Thursday. Among them were several offerings from celebrity chef José Andrés, who helped spearhead the initiative with a Valentine’s Day announcement on Twitter. “It’s a way to say we love this country, and we want to show you that we are contributing to this country,” Andrés told TIME the day before the strike.

In support of our people & #ADayWithoutImmigrants Thurs 2/16 we will not open @jaleo DC CC MD, @zaytinya or @oyameldc #ImmigrantsFeedAmerica

Myerow identified with Andrés’ cause.

“We want to show solidarity with our team members,” he said. To do that, Tria gave all of its immigrant workers the option to take the day off. Anticipating that most would take him up on his offer, Myerow opted to close Tria’s kitchens and serve just cheese, wine and beer. For every individual plate, glass or mug of those items sold Thursday, Tria pledged to donate one dollar to the Pennsylvania Immigration and Citizenship Coalition.

“Our kitchen staff is predominantly immigrants,” Myerow said. “Some of them have been with us for 14 years since we first opened.”

The American restaurant industry relies heavily on immigrant workers. Nearly 10% of the workforce — some 1.4 million people — are immigrants, many of whom are undocumented, according to a 2010 estimate from the U.S. Bureau of Labor Statistics.

In Chicago, The Berghoff — the iconic German-influenced restaurant that opened in 1898 and his since become a city landmark — closed its doors as well, tweeting its support for immigrants.

In support of our Berghoff family & friends, The Restaurant & Cafe will be closed today, Thursday 2/16/17 #DayWithoutImmigrants

The restaurant’s 19th-century beginnings also have roots in immigration. An excerpt on The Berghoff’s official website says its history is the “quintessential American success story of an immigrant who built a hugely successful business that has stayed in one family for more than a hundred years.” On Wednesday, the restaurant said that it circulated an anonymous poll among its staff asking whether they would show up to work on Thursday.

“With that information and wanting to show support for our staff, we decided that the best decision was to close today,” said Ashley Mazur, a spokesperson for The Berghoff. She estimated that 70% of the restaurant’s entire staff are immigrants.

Brendan Ross, manager of New York City’s Peaches Hot House, estimated that the number of immigrants on his staff is closer to 40%, but noted that “back-of-house [kitchen staff] numbers are much higher.”

His restaurant’s decision to close for lunch on Thursday was similar to the Berghoff’s.“We spoke to some of our employees about whether they would come in, and some of them decided they weren’t going to,” he said. “We felt that was okay.”

Peaches Hot House is part of a larger restaurant group that operates three other eateries throughout Brooklyn. Ross said Peaches Hot House would be the only one of group’s restaurants to close, but that immigrant employees choosing to strike would “not at all” be punished at any of the four outposts the company owns.

Myerow, of Philadelphia’s Tria, echoed the sentiment, saying, “All of the companies that I know of are certainly not going to punish people for not showing up.

“And I think all of our staff feels great showing solidarity with out immigrant team members,” Myerow added. “There’s been a lot of good feeling expressed throughout the company.”