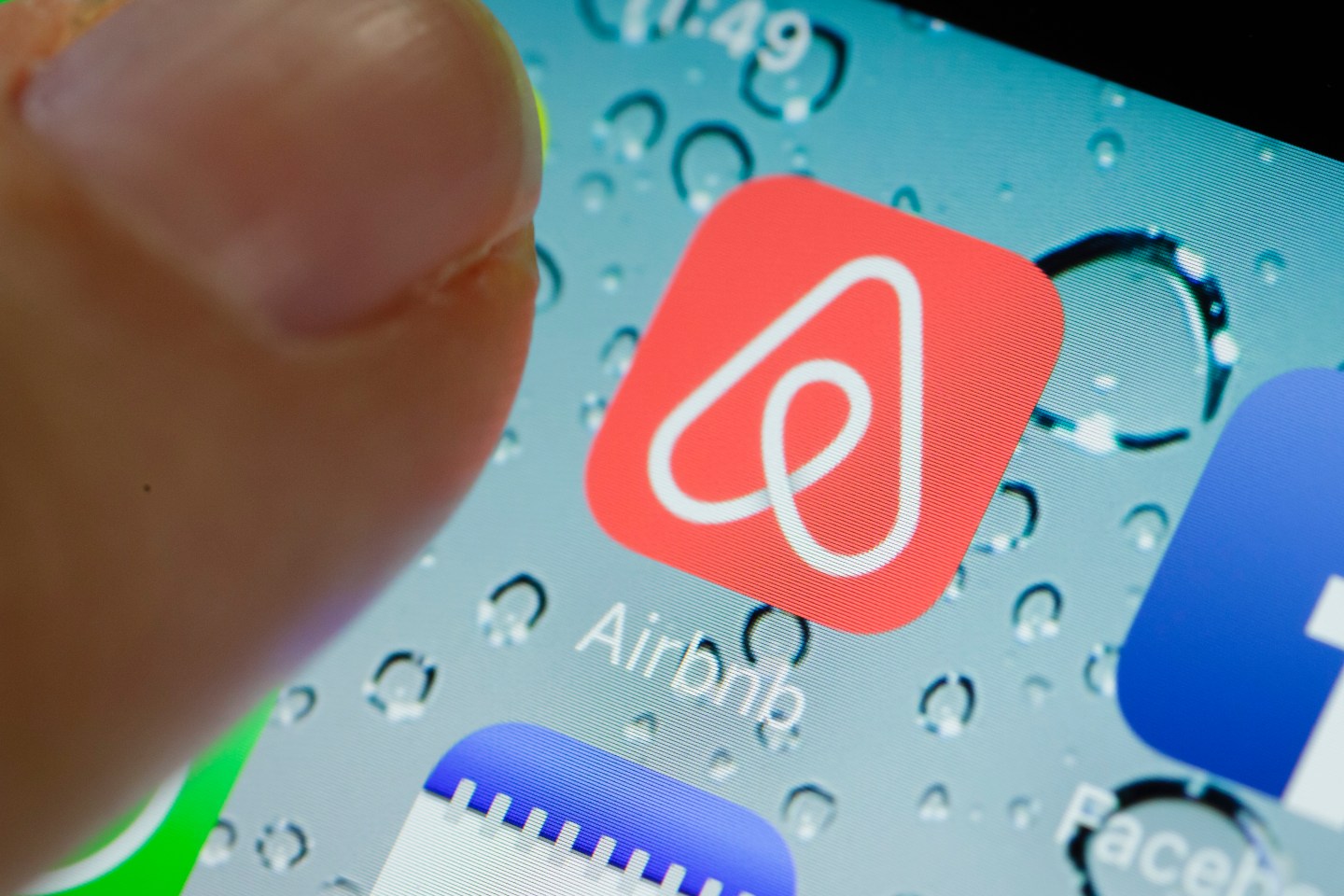 In this photo illustration the app of Airbnb is displayed on a smartphone on June 17, 2016 in Berlin, Germany.
Thomas Trutschel Photothek via Getty Images

An Airbnb host in California has been banned from the service after reportedly cancelling a reservation at the last minute due to the guest’s race.

An Airbnb spokesperson told Fortune that the host had been permanently removed from the platform. “This behavior is abhorrent and unacceptable,” the company wrote in an email.

Dyne Suh, a 25-year-old law student at the University of California, Los Angeles, posted screenshots on her Facebook earlier this week revealing a text encounter with the host in which they refused to rent to her because she was Asian.

“I wouldn’t rent to u if u were the last person on earth,” the host’s message reads, according to Suh’s screenshots, before adding: “One word says it all: Asian.”

Suh told media outlets she and her fiancé had booked a mountain cabin at Big Bear Lake, Calif. about a month before their scheduled trip in February. Later, she messaged the host and asked if they could add two friends and two puppies to the reservation; the host said those accommodations were fine, Suh told the Washington Post on Friday, after the story was initially reported by NBC 4 Los Angeles.

The group traveled up the mountain on Feb 17., which coincided with a major snow storm that was hitting the region at that time. They were minutes away from the cabin, Suh told the Post, when Suh messaged the host to inform them that the group was close, as well as inquiring how they should pay for the additional guests. That’s when the host started “spewing racism,” as Suh said her Facebook post.

“Go ahead…It’s why we have Trump…I will not allow this country to be told what to do by foreigners,” the host wrote, according to the screenshots, before cancelling the reservation.

A crew from Los Angeles-based KTLA 5 News happened to be parked near Suh and her group and conducted Suh’s first interview there on the mountain with a smartphone.

“I’m an American citizen. This is my home,” Suh said in the KTLA 5 video. “It stings. It stings that after living in the U.S. for over 23 years, this is what happens.”

Suh did not immediately return Fortune‘s request for comment.