Comcast Offers Wireless Service But Only In Its Region 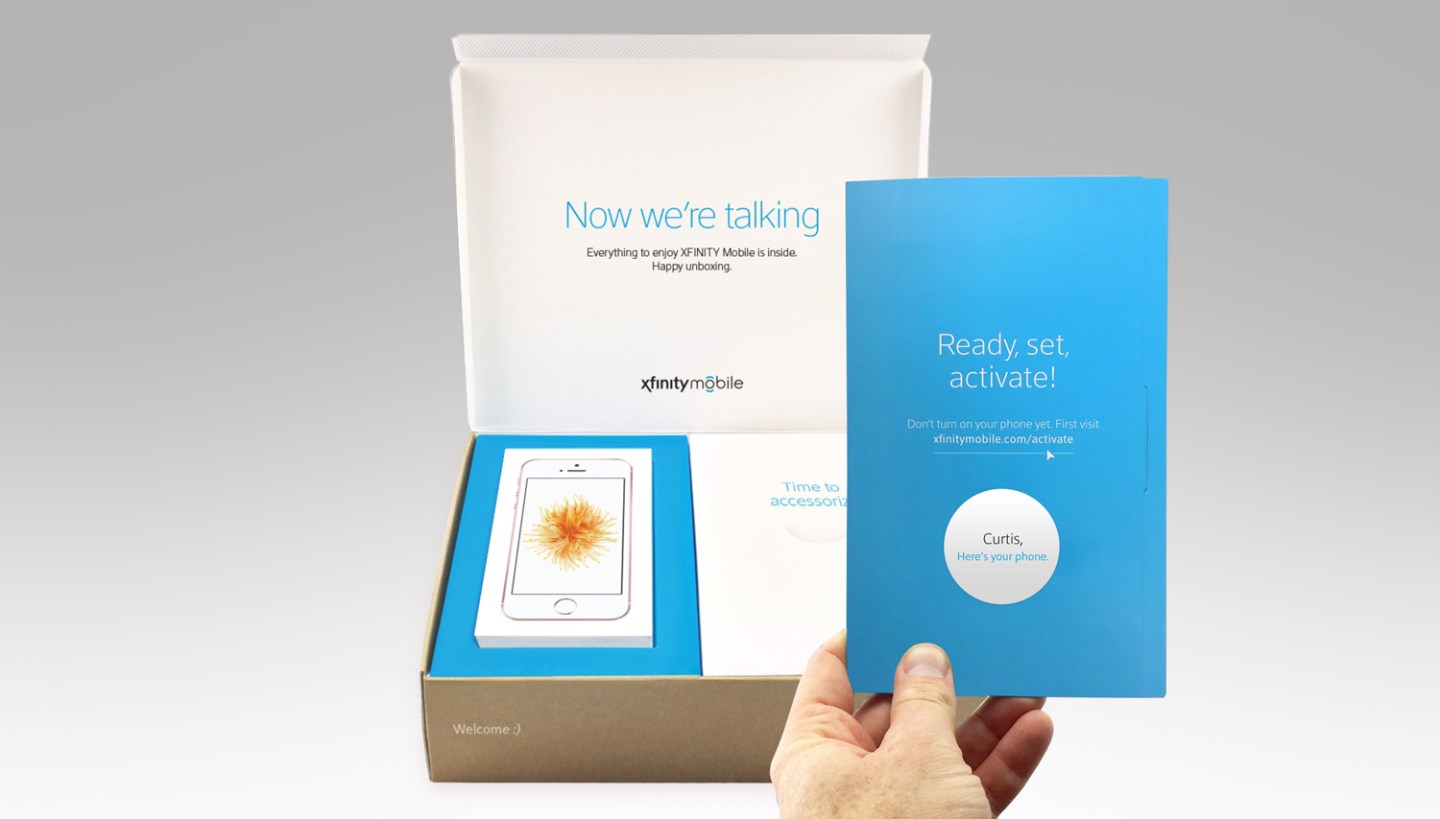 Comcast unveiled its wireless service on Thursday, bringing limited new competition to the market as the cable giant said it would offer plans only in its current regions.

After the cable industry’s years of expensive stops and starts with wireless, Comcast’s new service, dubbed Xfinity Mobile, includes just two basic plans, both with unlimited talk and texting. Unlimited data service will be $65 per line or an a-la-carte plan will be $12 per gigabyte. Subscribers will be able to switch from a la carte to unlimited and back at any time. Comcast didn’t provide a launch date, however, saying only that the new service would be available “soon.”

Compared to the plans from the major carriers, Comcast’s pricing could be most appealing for people who use a lot of data on just one line or light data using families with multiple lines.

For a heavy user with one line, Comcast’s unlimited pricing of $65 per line is less than what most carriers charge now, but since Comcast doesn’t discount the rate for multiple lines, it becomes less competitive in the marketplace at four or five lines.

“We get it,” Dave Watson, Comcast’s cable head, said on a call with analysts on Thursday introducing the service. “Wireless is a very hyper competitive marketplace.”

For multi-line accounts that don’t use much data, Comcast’s $12 per GB price could be a real winner. A family of four sharing 5 GB per month would pay just $60 on Comcast versus $50 plus $20 per phone, or $130, at Verizon, for example.

“We’re doing mobile differently by bringing our customers the best networks and a product designed to save them money in an increasingly data-driven world,” Greg Butz, president of the new mobile effort, said in a statement.

Comcast’s new plan will start without some features that other carriers offer. Customers won’t be able to bring their own phone or smoothly switch voice calls from the mobile LTE network to a Wi-Fi connection. Those will come later.

Customers will be required to provide a credit card for automatic billing and Comcast said it will count all of a customer’s wireless data usage and won’t exempt its own apps or services, a controversial practice known as zero rating. The cable company also won’t impose any separate limits on sharing a phone’s wireless connection with a laptop or other device via tethering.

But Comcast may not pose as big a threat to the current wireless carriers as it might have, since the company will only offer service across its TV and Internet service areas in 39 states and Washington, D.C. That limits the target market to about 59 million people, including 29 million current Comcast customers, the company said. Subscribers’ phones will work nationwide, of course.

Xfinity Mobile could attract as much as 10% of Comcast’s current customer base, or about 2.5 million subscribers, in the next couple of years, analyst Jan Dawson of Jackdaw Research said. That would be “a nice boost to its revenues and profits, but will make only a tiny dent in the overall US wireless market,” he said, noting that the big four wireless carriers added more 2.5 million customers in the last quarter alone.

T-Mobile CEO John Legere, who has predicted cable wireless services will “fail horribly, miserably,” immediately took to Twitter on Thursday to unleash a torrent of criticism. “This is amazing, you can buy Verizon service for same $ from equally or greater hated company.. this is best news ever for @TMobile that is,” Legere wrote in one tweet.

Comcast executives have said one goal is to convince its current Internet and cable TV customers to add the new wireless service to their current bundle. People are much less likely to drop service and switch to a competitor when they buy a bundle. So Internet customers who add Xfinity Mobile can get up to five lines without charge beyond the mobile data they use. And customers who already buy Comcast’s best X1 premium cable TV packages will get a real deal, paying just $45 per line for unlimited data.

Subscribers will also find that their Xfinity Mobile phones can automatically log-in to Comcast Wi-Fi hotspots and Comcast apps, like its Xfinity video streaming app.

The service will offer top selling phones, including the iPhone 7 and Samsung’s new Galaxy S8. Comcast doesn’t own its own wireless airwave licenses, so subscribers will actually be connected over Verizon’s network. Supplemental coverage, which should help reduce customers’ wireless data usage, will come from Comcast’s 16 million Wi-Fi hotspots.

Like the other carriers, Comcast (CMCSA) added an important caveat to its unlimited plan, saying customers’ download speeds would be reduced if they used more than 20 GB per line. That’s less than the 22-GB threshold used by Verizon (VZ) and AT&T (T), 23 GB by Sprint @sprint(S) and 30 GB from T-Mobile (TMUS). And the other carriers say the slowdown only occurs in busy or congested areas.