On The Anniversary of Martin Luther King’s Assassination, the FBI Gets A History Lesson 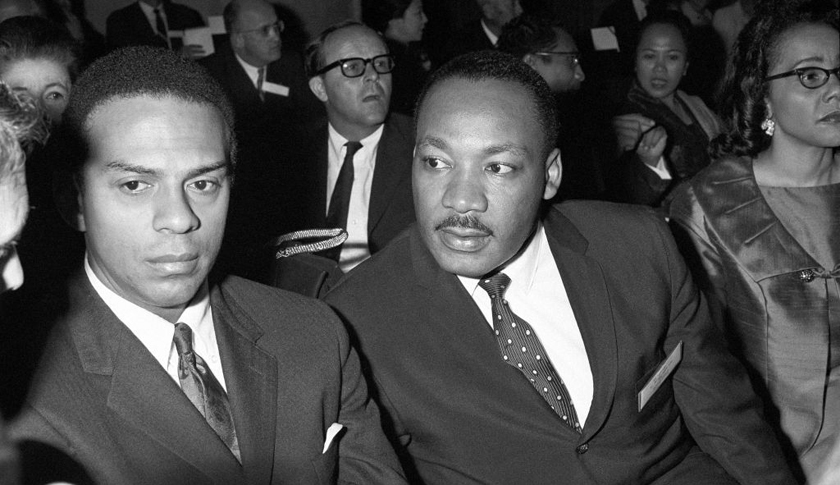 Yesterday was the anniversary of the assassination of Martin Luther King, Jr., a day that should have been marked with sober reflection, calls for peace from government leaders, and well-meaning think pieces about Colin Kaepernick.

Instead, a different kind of history lesson unfolded on Twitter, after the FBI tweeted, “Today, on the anniversary of his assassination, the FBI honors the life, work, & commitment of Dr. Martin Luther King, Jr. to justice.” The tweet accompanied a photo of Dr. King with his famous quote “We shall overcome because the arc of the moral universe is long, but it bends toward justice.”

People were not having it. Click through to the tweet itself to read all the extraordinary comments, which included links to multiple sources that painted a true and stark portrait of the terrible harassment King experienced at the hands of the FBI. Here, a sampling:

@FBI Your headquarters building is named after the man who tried to blackmail him into suicide.

@FBI y'all terrorized the man most of his adult life, all because he was trying to make a difference for his people. Shove your remembrance.

The anonymous letter was the result of the @FBI’s comprehensive surveillance & harassment strategy against Dr. King: https://t.co/BhxihPjL23

Alternet tweeted a story with a good summation of the terrible harassment King suffered at the hands of the FBI:

What the FBI did not mention in its tweet is that King, who was arrested 30 times in his life, was the primary target of COINTELPRO — the FBI’s counterintelligence program that spied on threatened and even assassinated revolutionary leaders in the Black liberation socialism anti-imperialist movements. The FBI relentlessly harassed and threatened King. It listened to his phone calls. It spied on his romantic affairs. It taunted him and repeatedly called his house.

After he gave his famous I have a dream speech in 1963, the FBI dubbed King “the most dangerous and effective Negro leader in the country.” FBI department heads held a meeting to discuss “a complete analysis of the avenues of approach aimed at neutralizing King as an effective Negro leader.”

Those avenues of approach got pretty ugly.

The FBI’s tweet was a misstep; you simply cannot wave away a complex history in a few characters and expect people not to notice. There is no ready mechanism for reconciliation between the law enforcement and intelligence communities and the people who rightly look upon them with fear, anger, and suspicion, and it’s hard to imagine what form of institutional transformation or truth-telling would have to happen for the FBI to be able to express admiration for Dr. King in a believable way. Sometimes it’s fine to sit things out, at least until things get sorted.

But the real news from yesterday was not an empty sentiment sent into the SEO void, but the numbers of people who do know their history and used their voices to tweet truth to power. So often, people of my generation were counseled to lay low, look busy, and stay off any and all enemies lists. I admire the well-executed impulse to stand up because I know what they can cost. And, as imperfect as they are, I deeply appreciate the tech tools that let the voices of the many swell into a messy, meme-filled thunder clap. Those moments may not always change the man, but they certainly always change us.