Why GM, Ford, and Fiat Chrysler Shares Are Lagging 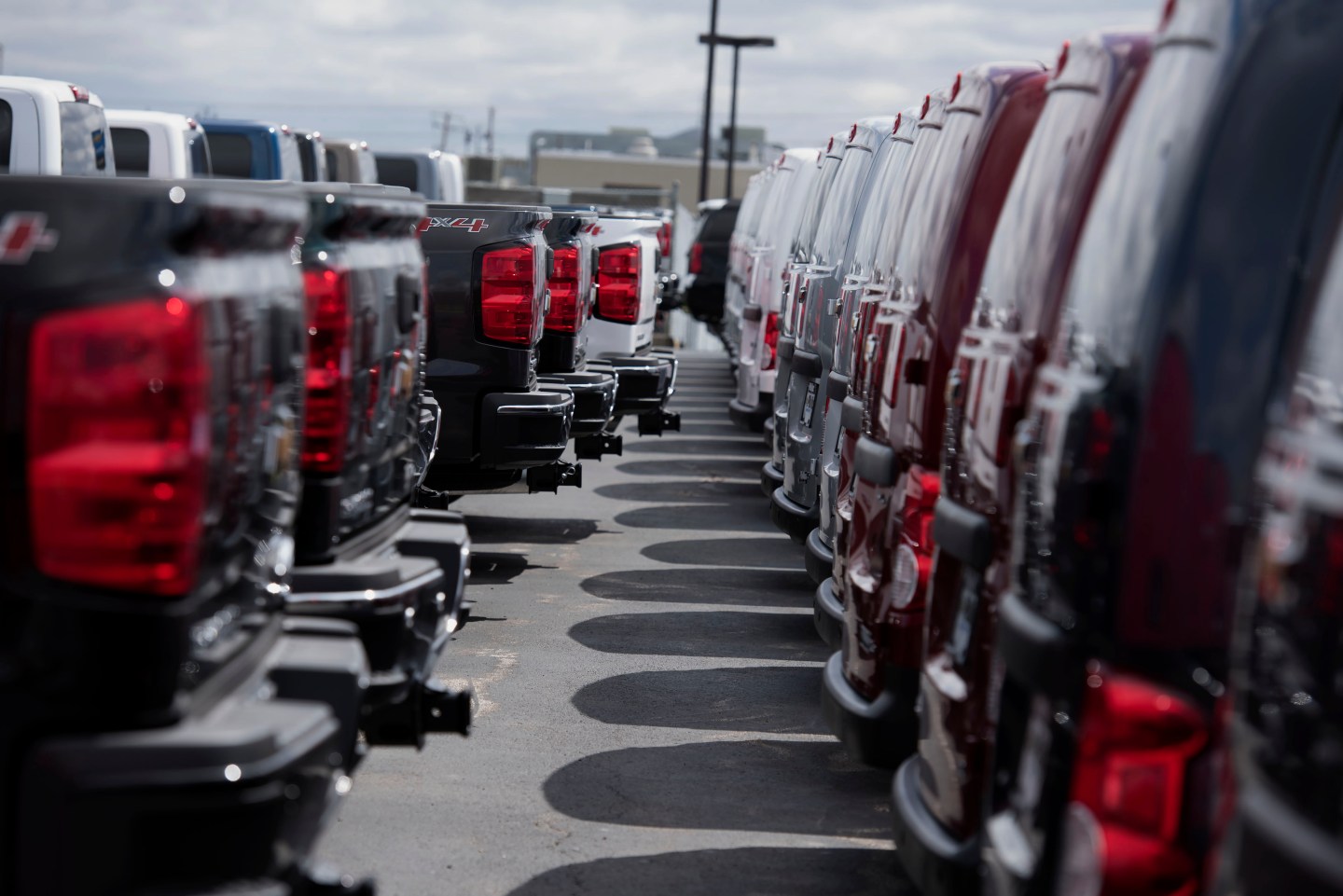 Analyst polled by Reuters expected a SAAR of 17.3 million vehicles for March.

March “was a tough, tough, tough market,” said Judy Wheeler, vice president of U.S. sales at Nissan Motor Co, which reported a 3.2% increase in sales for the month. “It’s going to be an aggressive year and I think everybody realizes that.”

Industry experts are increasingly concerned about rising inventory levels and consumer discounts as automakers have had to push harder to sell their products. A pricing war in the market could undermine automakers’ profits.

Karl Brauer, executive publisher at auto industry consultancy Kelley Blue Book said while overall sales looked “healthy” in March discounts “have risen across the board, even on the same truck and SUV models that used to sell themselves.”

Nissan’s Wheeler said Nissan’s internal data showed consumer discounts were $441 higher per vehicle than a year ago and inventory levels were on the rise.

Nissan trucks, SUVs and crossovers were up 26% and had hit record highs, especially its high-selling Rogue crossover.

Car sales in America have risen since end of the Great Recession and hit a record last year of 17.55 million. Investors have been watching for signs the current boom cycle has begun to wane.

Trucks and SUVs pushed sales at some major automakers higher in March at the expense of cars as American consumers continued to shun smaller vehicles amid low gasoline prices.

GM reported a 2% increase in sales to just over 256,000 vehicles, with sales of its Tahoe and Suburban SUV models seeing their best sales month since 2008.

Sales at Ford Motor Co fell more than 7% to 236,000 vehicles, with fleet sales to rental agencies, businesses and government entities down nearly 17% on the year. Sales of Ford’s F-Series pickup trucks rose 10% on the year.

The F-Series has been the best-selling model in the United States since 1982 and is a key profit generator for the No. 2 U.S. automaker.

Toyota Motor Corp reported a 2.1% decrease in sales. Fiat Chrysler said sales were down 5% on the year, though its popular Ram pickup was up 6%.

The news also weighed on car retailer stocks. The March sales offered the market a glimpse of the overall health of middle-class American consumers.

Car retailer Penske Auto Group was down 1.5% and Group 1 Automotive was down 3.3% on Monday morning.