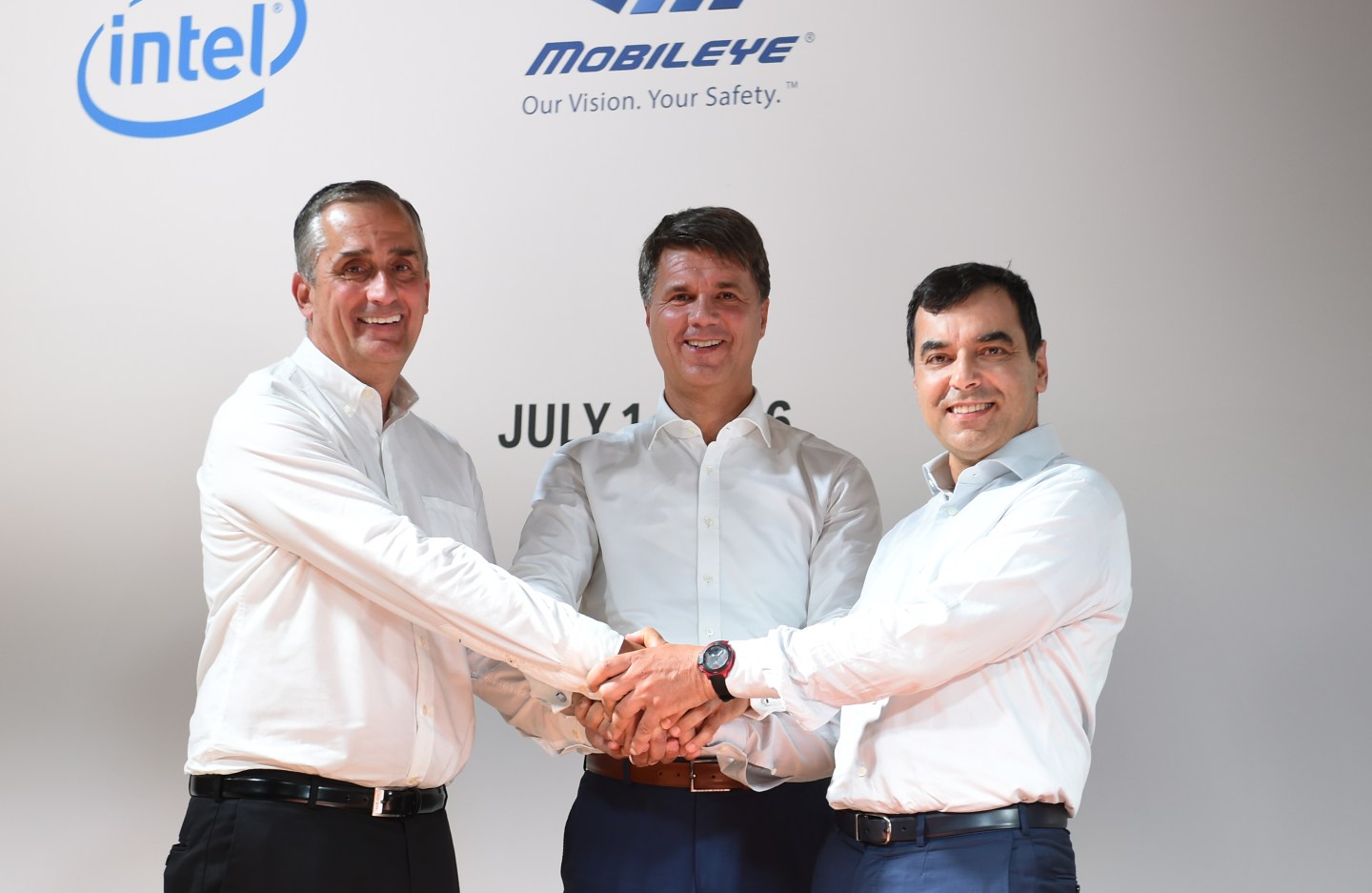 Intel’s $15.3 billion acquisition of Mobileye has catapulted Israeli hi-tech into the global league, and is likely to stimulate investment in the sector’s other late-stage startups, where funds are most needed.

Fundraising in late-stage startups—more mature firms that are already selling products rather than just the bright but unexploited ideas of entrepreneurs—has begun to increase. According to the Israel Venture Capital (IVC) Research Center, it rose to $2.9 billion in 2016 from $2.4 billion in 2015 as investors search for a higher yield on their investments.

Venture capitalists believe the U.S. semiconductor giant’s purchase last week of Mobileye, which specializes in technology for driverless cars, should accelerate the trend.

“A concern over the years has been that compared to the U.S., Israel cannot produce outsized returns,” said Adam Fisher, a partner who manages the Israel office for California-based venture capital fund Bessemer.

“Mobileye is a perfect example of how a big business can be built in Israel and how a large corporate will not hesitate to pay a strategic premium for the business despite its location.”

The price was about 21 times Mobileye’s expected 2017 revenue, or more than six times more expensive than the semiconductor industry’s three-year deal average.

Is Intel making a mistake?

Until recently, many Israeli tech firms failed to grow enough to stay independent. Global companies, keen to tap into the skills of workers trained in the military and intelligence sectors, often bought them before they floated on the share market or when they were still small-cap stocks on the Nasdaq exchange.

This was the case with Waze, the Israeli map app, which Google bought in 2013 for $1.15 billion. That same year, Wix , an Israeli startup which helps people build websites, made its market debut on New York’s Nasdaq, raising $127 million seven years after the company was founded.

Only a few, such as cybersecurity firm Check Point Software Technologies, which has a market valuation of almost $18 billion, have succeeded in remaining independent. Defense tech specialists such as Elbit Systems are largely off limits to foreign investors for Israeli national security reasons.

Michael Eisenberg, a partner at the Aleph VC, said the Mobileye sale signaled to late-stage financiers that they can expect much more significant returns on their investments.

“It’s an accelerant and a belief that there is no glass ceiling for Israeli companies,” said Eisenberg, who also manages the portfolio of U.S. VC Benchmark in Israel.

Autotalks, a provider of vehicle-to-vehicle communication for improving road safety, said on Wednesday it raised $30 million in late-stage funding from investors including Samsung’s Catalyst Fund, bringing to $70 million its total raised to date.

Venture capitalists typically seek returns of 3-10 times their overall investment over time, with those investing at an early stage expecting a higher multiple than at the later stage.

However, Israelis are largely missing out on their own success as local institutions shy away from investing in technology companies, especially those listed abroad. Israeli institutions, which are typically conservative, tend to stick with indexes and benchmarks from the Tel Aviv exchange, he said.

Mobileye now accounts for 16% of BlueStar’s Israeli technology index. The ETF that tracks the index has gained 13.8% so far this year to an all-time high, while the Nasdaq is up 9.6%.

Schoenfeld pointed to software provider Amdocs and Wix as examples of other companies “going the distance” by staying independent for longer.

Cybersecurity firm CyberArk, which is traded on Nasdaq, is another with strong growth potential.

Mobileye understood it could grow only so much on its own.

The company has expanded rapidly in the two years since its New York share offering into mapping, systems building and intelligence of driving.

“All of these take time to build and time to get resources and Intel already has these resources,” said Mobileye co-founder Amnon Shasuha. “If we want to … be the key player in autonomous driving, we need to think about it as an industry and not as a product.”

With more than 200 startups Israel is a growing center for automotive technology. Last year startups in the sector raised $681 million, nearly double the amount in 2015, according to the IVC.

Due to Mobileye, car manufacturers and their suppliers have been “making the pilgrimage” to Israel for the last several years and met with other startups, Fisher said.

The sector is already enjoying robust pricing for M&A and the Mobileye deal will continue that, he said.

Potential acquirers “will more likely be the traditional tech companies that have a declared interest in the automotive sector rather than car companies themselves, but the latter wouldn’t surprise me either,” Fisher said.

Bessemer has invested in depth sensor technology company Oryx Vision as well as Otonomo, which developed a connected car data exchange, and Vayyar, a provider of 3D imaging sensors.

Argus Cyber Security, which has raised $30 million and collaborates with Qualcomm, is linking the automotive sector with another of Israel’s most vibrant sectors—cyber security—helping to prevent connected cars from being hacked.

The Mobileye deal, said Argus CEO Ofer Ben-Noon, could accelerate his company’s growth. “There is no doubt there will be more investments in Israel for automotive, and a lot more M&A,” he said.

Josh Kram, senior director for Middle East Affairs at the U.S. Chamber of Commerce, noted that about 300 American companies have R&D centers in Israel, including Intel.

“Now they are moving into the autonomous space and purchasing Mobileye has catapulted them to the next level,” he said. “It’s a win-win for both companies.”