Germany Hits Back at President Trump’s Claim That It Owes U.S. ‘Vast Sums’ of Money 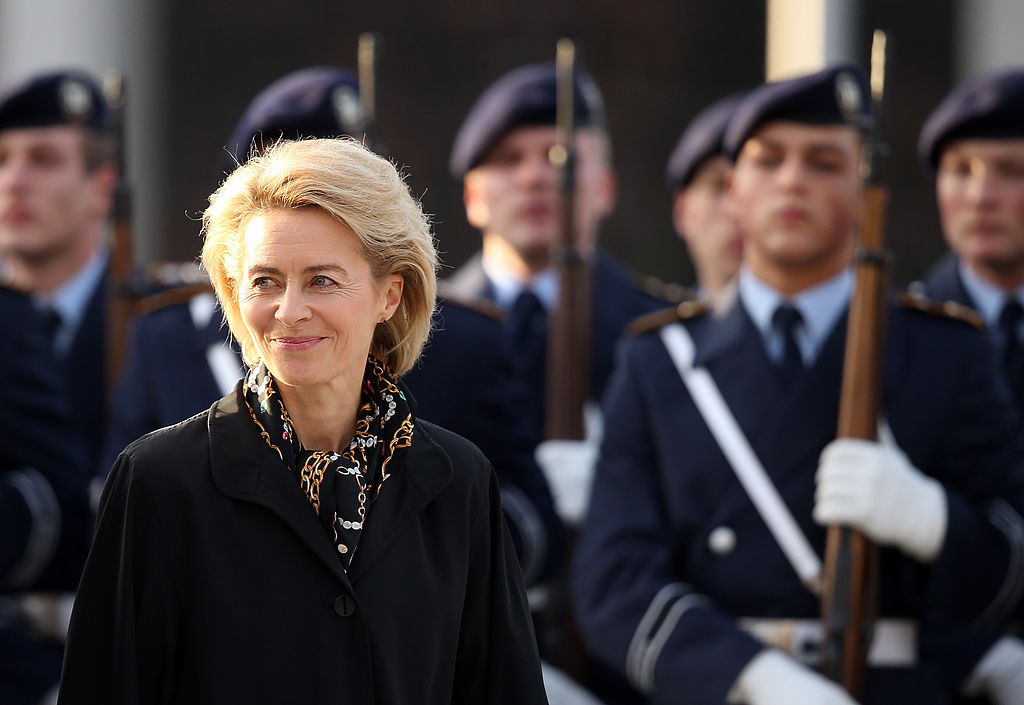 A German official rejected President Trump’s claim that it owes NATO and the U.S. “vast sums of money” for defense Sunday.

“There is no debt account at NATO,” German Defense Minister Ursula von der Leyen said in a statement.

On Saturday, Trump said Germany owes “vast sums of money” to NATO and that the U.S. “must be paid more” for providing defense, asserting his common refrain that European nations need to contribute more funds to the intergovernmental military alliance. His comments came via Twitter following his first meeting with German Chancellor Angela Merkel earlier this week.

“Defense spending also goes into UN peacekeeping missions, into our European missions and into our contribution to fight against IS terrorism,” she said, according to a Reuters report.

Countries under NATO have pledged to spend 2% of their GDP on defense by 2024. Merkel noted that Germany was committed to the 2% military spending goal during her visit to Washington.

Trump’s claims were also debunked by Ivo Daalder, the U.S. ambassador to NATO during Barack Obama’s first term. “That’s not how NATO works,” he tweeted.

1/ Sorry, Mr. President, that’s not how NATO works. The US decides for itself how much it contributes to defending NATO. pic.twitter.com/8svkzRBEQb

“The US decides for itself how much it contributes to defending NATO,” Daalder continued. “This is not a financial transaction where NATO countries pay the U.S. to defend them. It is part of our treaty commitment.”