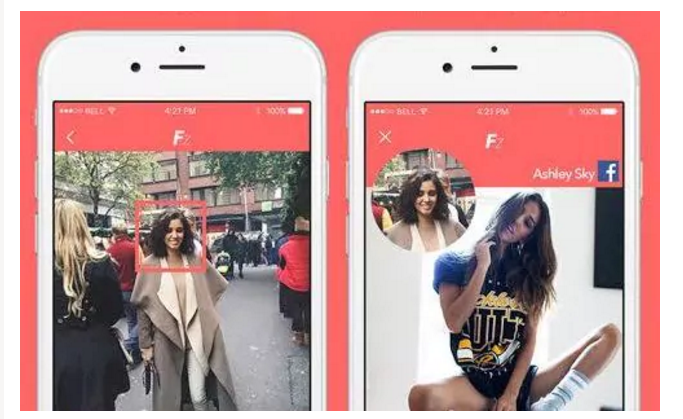 “That beautiful girl you see on the train every day? Take a photo of her, Facezam it, and you can find her in a matter of seconds.” So said a fake new app, Facezam, in a publicity stunt that claimed its facial recognition technology will let you identify random strangers and track them down on Facebook. (Late Tuesday, the app confirmed Fortune’s suspicion it was a hoax).

The app, whose name is a mix of Facebook (FB) and song-recognition service Shazam, claimed the technology works 70% percent of the time, and that it can identify faces in under 10 seconds.

According to the Telegraph, which reported the story, the app—whose tagline is “Privacy is over. Facezam is here”—is the creation of U.K. entrepreneur Jack Kenyon. It is expected to go live in the Apple App Store on March 21.

If Facezam launched as promised, it would indeed have had terrible implications for privacy. Overnight, many people could be subject to strangers photographing them, and then crawling into their social media feeds.

But the app isn’t just creepy—it’s also fishy as heck. For starters, there’s no way Facebook would allow this, especially in light of their just-updated terms of service that make clear surveillance tools are not allowed.

“This activity violates our terms and we’re reaching out to the developer to ensure they bring their app into compliance,” said the company in a statement. Meanwhile, a person close to Facebook, who did not want to be identified, told Fortune the app would be disabled “if it does what it says it does.”

Kenyon on Wednesday finally confirmed to Fortune it was a publicity stunt to bring attention to an ad agency.

It’s hard to imagine an entrepreneur would try such a stunt for real—one that so obviously violates Facebook’s policy. (The “Facezam” name is also suspicious because if the product is real, it would quickly provoke trademark lawsuits from both Facebook and Shazam.)

The bottom line is this is at best a hoax. At worst, it’s a scam to acquire the names and email addresses of those gullible enough to take up the site’s offer for an “early invite.” In a follow up email, Kenyon said the agency will delete the emails.

But while “Facezam” is bogus, the dangers posed by the mix of social media and facial recognition technology are very real. In Russia, where privacy laws are few, an app that bills itself as a way to identify women by taking their photo is reportedly very popular.

(This story was updated at 730am ET to confirm the hoax)