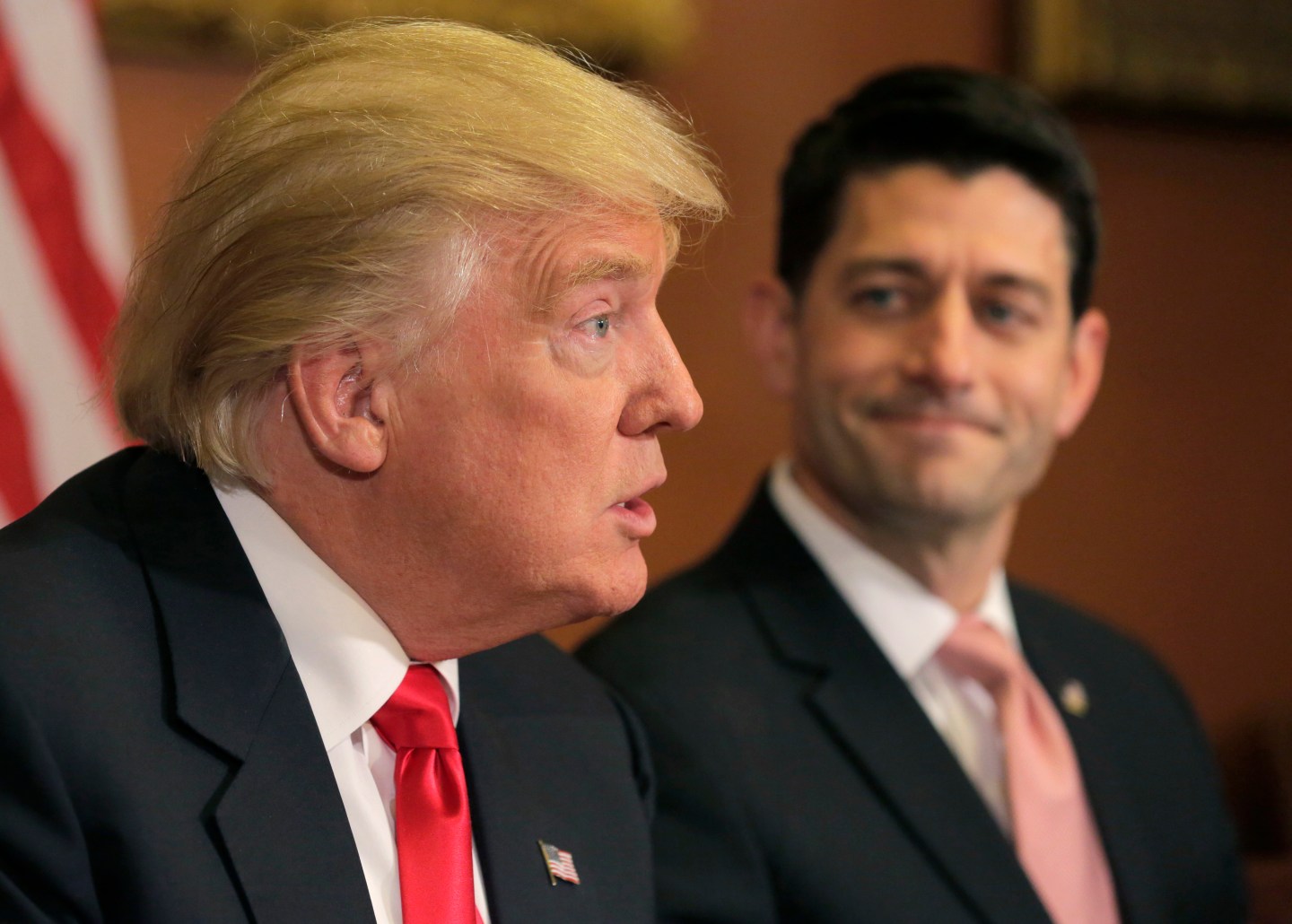 President Donald Trump has a novel idea for if and when the GOP’s controversial Obamacare replacement plan fails to pass Congress: Lay the blame on Democrats.

Trump met with a variety of conservative groups who have been slamming the so-called American Health Care Act since its introduction in the House of Representatives Monday night. Prominent right-wing factions both inside and outside Congress have criticized the bill over provisions such as tax credits to encourage people to buy insurance and concerns that the legislation doesn’t take a hatchet to the Medicaid program for the poor quickly enough.

Trump reportedly told the gathering, which included the Club for Growth, the Heritage Foundation, and other influential conservative groups, that in the worst-case scenario where the proposed plan flounder in the House or the Senate, he’ll simply sit back as Obamacare fails and put the onus on Democrats to explain why it happened, according to CNN.

The president also attempted to rally the skeptical group by assuring them that critics of the GOP plan, such as Republican Sen. Rand Paul, would ultimately support it, and that the final legislation “is going to be great.” He also offered olive branches on issues like cutting Medicaid, which the administration is reportedly willing to do sooner than drafted in the initial bill.

Republican Congressional leaders are attempting to rush the Obamacare replacement through Congress before even more opposition to it can mount. Senate Majority Leader Mitch McConnell has already said that he will bring a House-passed bill directly to the Senate floor, bypassing the traditional committee evaluation process, to expedite passage. “We need to deliver” on Obamacare repeal, he said Thursday.