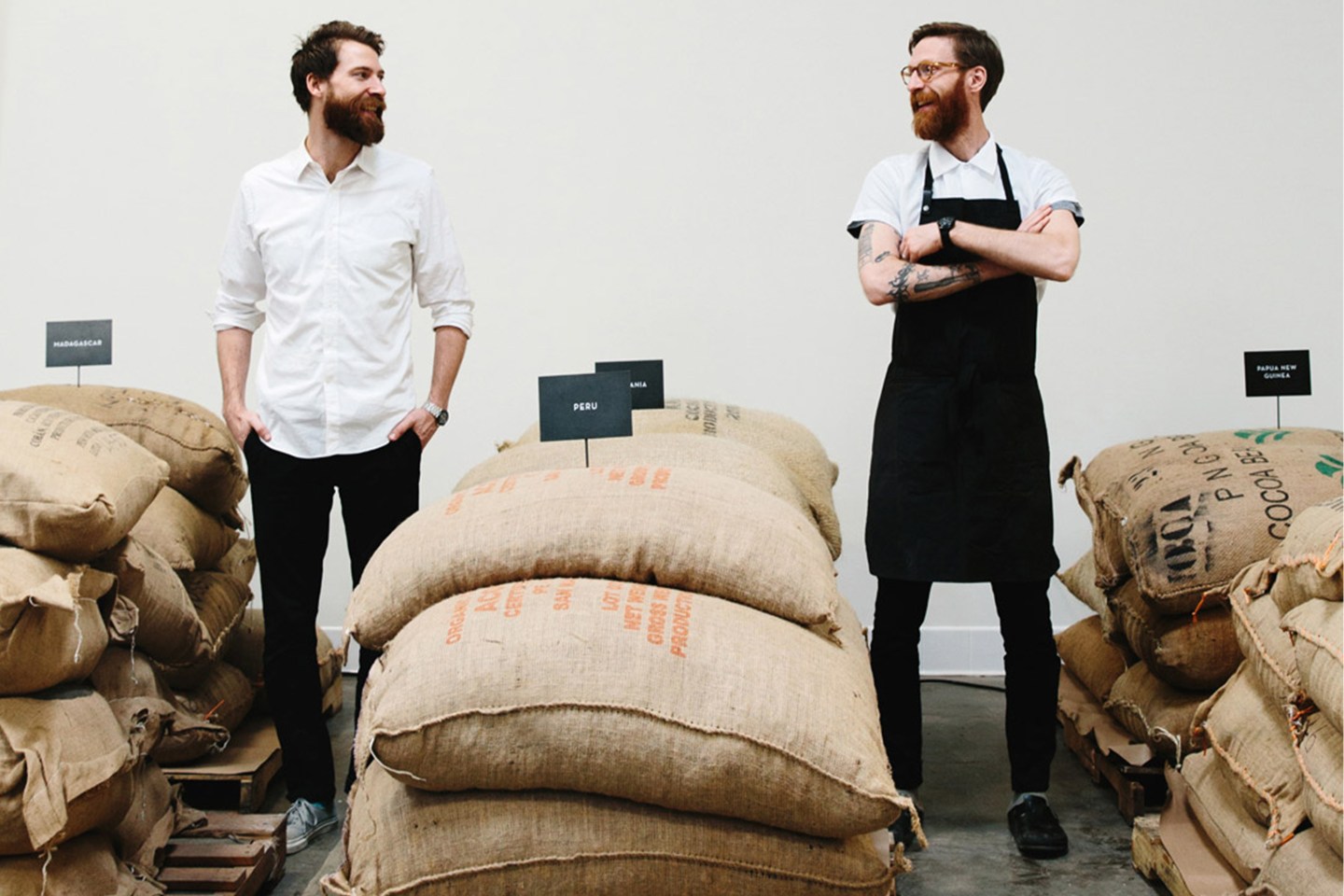 Editor’s Note 3/8: This story has been updated since its original publication.

In the wake of a controversy that ensnared bean-to-bar chocolate makers Mast Brothers, co-founder and CEO Rick Mast found himself reflecting on a quote often attributed to Mark Twain: “A lie can run half way around the world before the truth gets its shoes on.”

“People were spreading this idea that we remelt Hershey bars and throw our packaging on it,” Mast told Fortune in an interview. “Which is of course not true.” (Update 3/8: Mast was actually accused of melting chocolate from French producer Valrhona.)

The question of how Mast Brothers makes its chocolate bars vacillated between “hilarious” (making fun of the founders’ facial hair) and “creepy” (family members were harassed on social media).

Founded in 2007, Mast Brothers won some fawning media attention as creators of cutely wrapped chocolate bars that use simple ingredients and purports to taste better than big brands like Hershey (HSY). But a backlash started in late 2015 when a Dallas-based food blogged issued a four-part series accusing Mast Brothers of remelting industrial chocolate and packaging it in trendy wrapping at lofty prices. It said Mast wasn’t being truthful about what was in the company’s chocolate bars.

The company said the entire blow up was essentially a bad case of “fake news.” He said almost every allegation was false. “Basic facts got lost in all of this,” Mast said. “We always have made our chocolate from bean to bar, ourselves, in house. We’ve never remelted any other chocolate and resold it as our own. Everything we’ve ever made since the first day we opened our chocolate factory was made exclusively from the bean inside our place.”

(Update 3/8: In follow up questioning, Fortune asked Mast why the company did not pursue legal action against any of the publications, who they claim wrote falsehoods. In a statement, the company said: “Mast Chocolate is a small but growing family business that is completely immersed in making the best chocolate possible. Therefore, we didn’t prioritize the time, money or energy to pursue legal action in regards to any media coverage. We have also moved on, long, long ago.”

Bloomberg’s Deena Shanker, who reported on the story for Quartz, said in a statement to Fortune: “I stand by my reporting and the story on Quartz.“)

Mast does concede one fine point. The startup tinkered with industrial chocolate in the testing phase, but those products never went to retail. And that point—an important nuance lost in the clutter—alludes to what Mast told me at the beginning of our conversation when he explained why he got into the chocolate business. A former cook at restaurants like Manhattan’s Gramercy Tavern and Soho House, Mast describes himself as the typical “Brooklyn, food-curious person who wanted to get to the bottom of how food is made.” It makes sense he’d melt a little chocolate to learn more about it.

In the wake of the messy chocolate controversy, Mast Brothers is looking forward. It has placed a bigger bet on the brand’s future by expanding production capabilities at the company’s new, 65,000 square foot facility in Brooklyn’s Navy Yard. The company also confirmed it is consolidating its business by closing their Los Angeles and London stores and operations—instead moving all operations to Brooklyn. Production capacity will increase to $100 million in annual chocolate sales from under $10 million previously.

The investment was in part fueled by a recent investment round by a small group of angel investors. Mast Brothers declined to disclose the size, though it said no Big Food makers participated.

“At the end of the day, we are chocolate makers,” Mast tells me, explaining the greater wholesale focus. Any jobs impacted by the closing in Los Angeles and London may be minimal as Mast Brothers is offering staff an opportunity to relocate to New York. Wholesale is an alluring business to Mast as that channel is seeing growth above 100% year-over-year, aided by distribution at chains like Whole Foods (WFM) and Dean & Deluca.

Growth lately has been fueled by the company’s decision to sell smaller, one-ounce bars for $3. That decision was a way to reduce the initial entry price to the brand, as the larger, 2.5 ounce bar can cost between $7 to $8.

Mast said one thing he learned from the fallout of the chocolate making controversy was that there was a disconnect in how his company’s brand had been perceived. He calls it the “Brooklyn bubble.”

“There was some elitism or niche culture around the craft chocolate world that we in many ways started,” he admitted. The company was one of the first to attempt to make higher priced, higher quality chocolate bars mainstream. But Mast says that price point was also viewed as a barrier. The smaller sized option is a way Mast Brothers is trying to address that disconnect. And with greater scale as production ramps up in Brooklyn, perhaps more can be done down the road to make pricing more reasonable.

More innovation is also likely in the pipeline as Mast Brothers expands operations. Five years before it started, Mast says there were just five “craft” chocolate makers. He says there are now 100, proof that the category is looking viable to more entrepreneurs. When I ask what he hopes to be doing in three years time, Mast replies that he wants to continue to make chocolate that is more delicious and of better quality than what mainstream confectioners sell today.

“We are looking to reinvent the chocolate category,” he said. “We want that to really be led by our chocolate bars.”