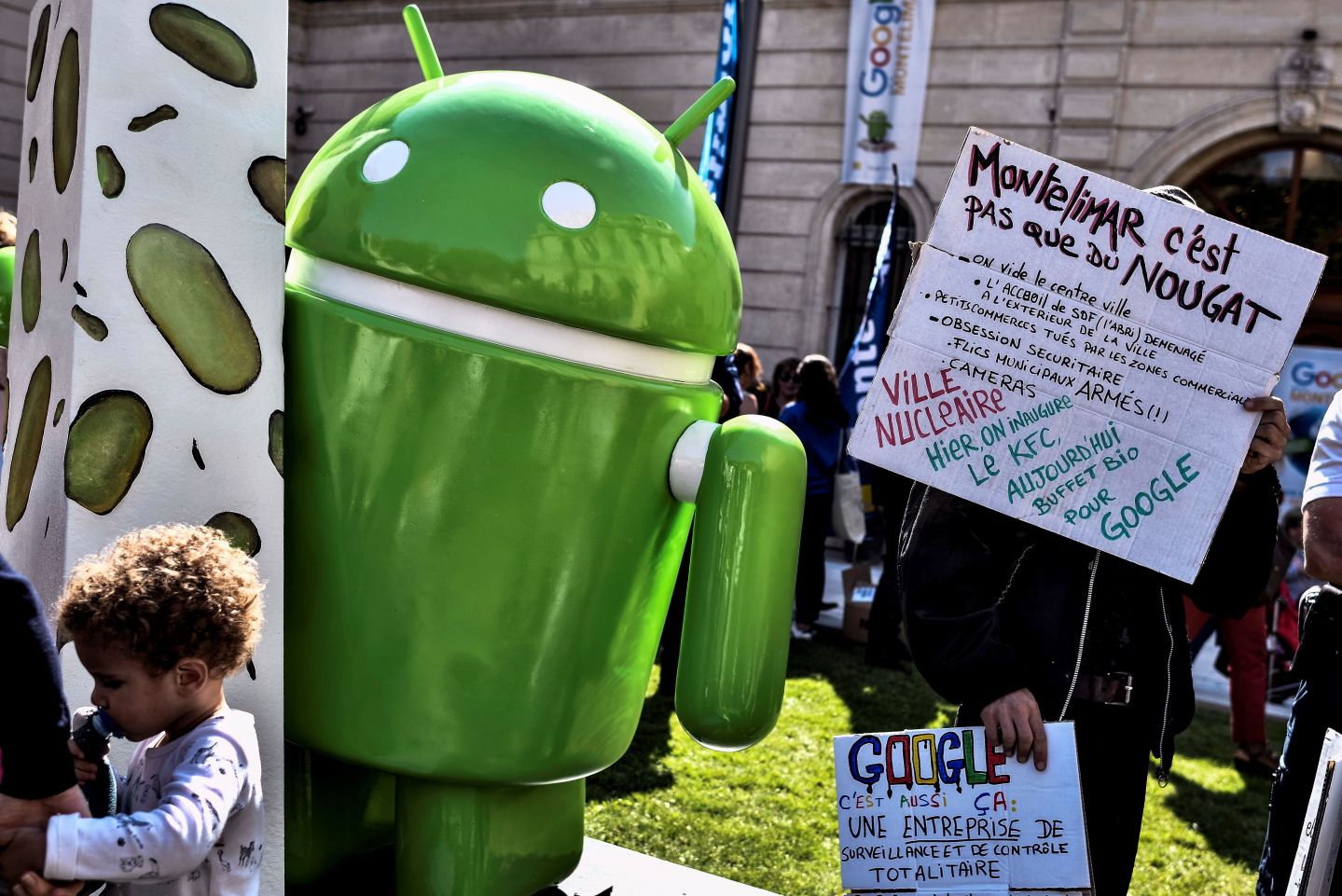 A person holds a sign reading 'Montelimar is not only nougat, we empty the city centre, we empty downtown, the reception of homeless was moved to outside town, small businesses killed by commercial areas, security obsession, armed municipal police officers, cameras, nuclear city, yesterday we inaugurated the KFC today the organic buffet for Google' next to a statue donated by Google during its inauguration on September 21, 2016 in Montelimar, as Google decided to launch a new version of the android operating system called Android 7.0 or Nougat. / AFP / JEFF PACHOUD (Photo credit should read JEFF PACHOUD/AFP/Getty Images)
Jeff Pachoud—AFP via Getty Images

The group, which lodged a complaint about Google’s comparison shopping service with the European Commission about three years ago, urged the EU competition authority to take action.

“Google once again, in breach of EU antitrust rules, abused its dominant position by imposing restrictions on Android device manufacturers and mobile network operators, aiming to preserve and strengthen its dominance in general Internet search,” OIP said in a statement.

Commission spokesman Ricardo Cardoso said the regulator would assess the complaint. Google has said Android boosts rather than hurts competition.

The world’s most popular Internet search engine has been in the EU crosshairs since April 2016, accused of using its dominant Android mobile operating system to squeeze out rivals.

Regulators said such tactics include requiring smartphone makers to pre-install Google Search and the Google Chrome browser to get access to other Google apps.

The stakes are high for Google, which makes billions from advertising sales on Android phones through its apps such as Maps, Search and Gmail. It faces a fine up to 10% of its global turnover and an order to end anti-competitive practices if found guilty of breaching EU rules.