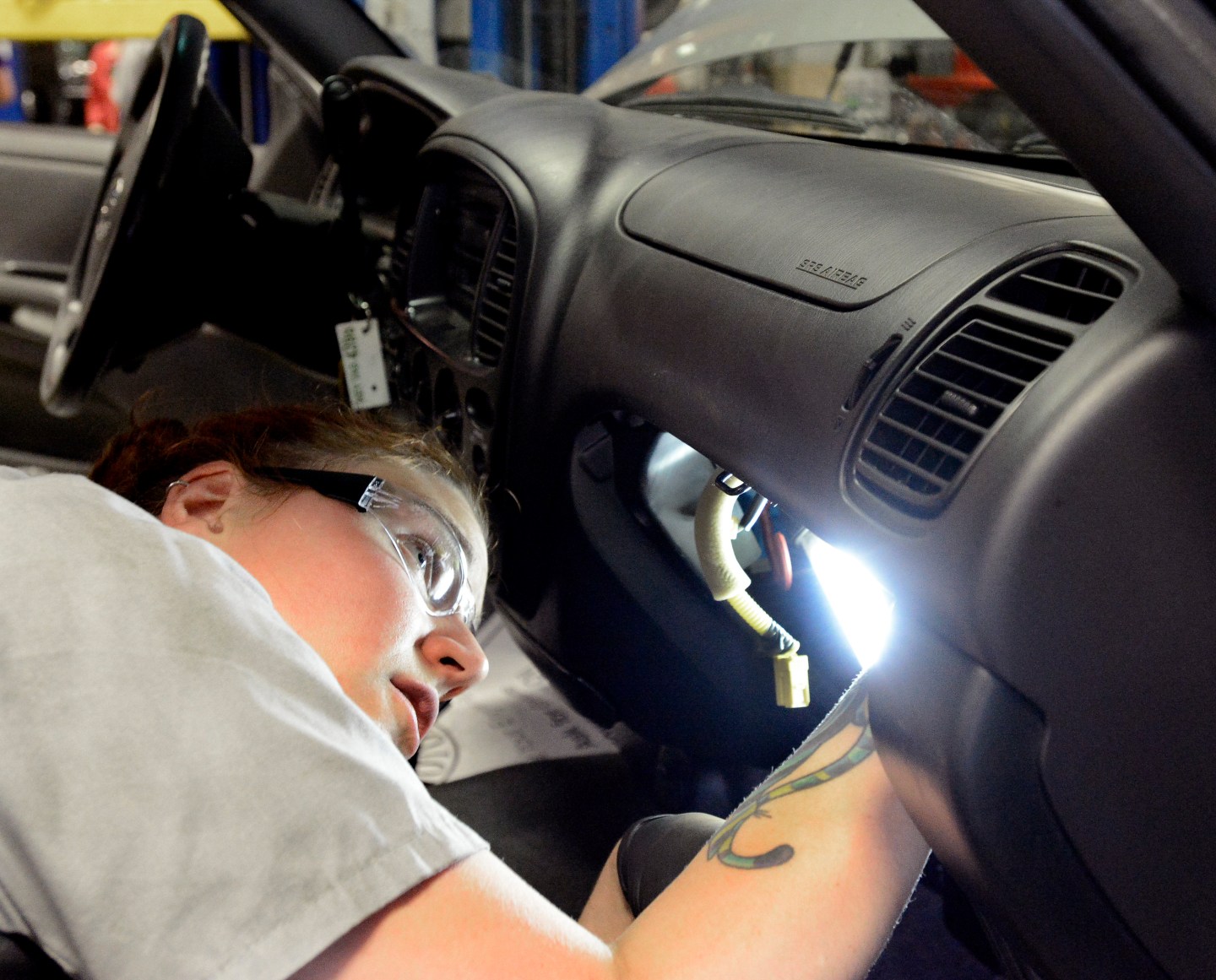 “Perhaps the granddaddy of all automotive scandals.” That’s how a Fortune article once described the problems surrounding the Chevrolet Corvair in the 60s. General Motors’ cost-cutting measures made its signature product a death trap, and Ralph Nader’s groundbreaking book, Unsafe at Any Speed, led the automaker to discontinue the model.

You’d think that after the hue and cry of that scandal, the U.S. automobile industry would have learned from GM’s financial, legal, and public relations nightmare wouldn’t happen again. But a class-action lawsuit filed recently in Florida suggests that serious ethical lapses remain a defining part of the industry. The suit claims that Honda, Toyota, Nissan, and Ford knew that the Takata airbags were defective, but for financial reasons the companies used the bags anyway.

In a separate suit, Takata has admitted to criminal wrongdoing and agreed to pay $1 billion in damages for their lethal product. Even if the auto companies triumph in court, however, four potent leadership lessons emerge, and smart leaders would do well to heed them.

Maximizing profits at all costs is dangerous.

“In business there are no problems. There are only expenses,” said Joel Block, CEO of the real estate hedge fund Bullseye Capital, adding that many too many business leaders view their operations too narrowly. The reason that companies get away with reducing decision making to risk/benefit calculations, Block said, “is because the government doesn’t penalize them enough when there’s a problem.”

Lynn A. Stout, professor of corporate and business law at the Cornell Law School, notes that there is no legal duty to maximize profits. The U.S. Supreme Court is clear and straightforward on this, she says: “Modern corporate law does not require for-profit corporations to pursue profit at the expense of everything else, and many do not.” But as the class-action lawsuit implies, there may be enough companies out there who haven’t gotten the memo.

Listen to your employees.

In the class-action suit filed against automakers this month, one part of the claim is particularly disturbing: Ford chose Takata’s inflaters over the objections of the automaker’s own inflater expert, who thought Takata’s propellant was unstable and sensitive to moisture, the filing said. Ford overrode those objections because it thought Takata was the only supplier that could provide the large number of inflaters Ford needed, the suit claims.

If true, Ford’s hubris is brazen, self-defeating, and deadly — but it’s also hardly the first example of such behavior. In 1986 when space shuttle Challenger exploded, NASA consultant Allan McDonald alerted his superiors about the potentially deadly consequences of proceeding with the launch. The shuttle’s O-rings, essential to the proper functioning of the spacecraft, had never been tested in the unusually low temperature predicted for Cape Canaveral on launch day. McDonald’s superiors refused to heed the warning, and all seven astronauts, including a schoolteacher from New Hampshire, were killed.

“A man’s got to know his limitations,” said Dirty Harry in Magnum Force. Knowing that you don’t know something belongs at the top of that list of constraints. Believing you’re smarter than people trained in a subject you’re not isn’t just obnoxious, but also deadly; as the Challenger and perhaps Ford cases show, the lives of human beings are on the line.

Avoid the ‘there’s no such thing as bad publicity’ myth.

A study conducted at Stanford and University of Pennsylvania revealed that when books penned by unknown writers were reviewed in the New York Times, sales of their work increased by a third, even if the reviews were negative. That seems to provide evidence that the frequently quoted belief, “There’s no such thing as bad publicity,” is true.

But the results of this study can’t be extrapolated to every area of business. Some examples: There is “no end” to dire financial consequences to Volkswagen after the emissions scandal that emerged in 2015, wrote Fortune’s Geoff Colvin in January. Pharma company Valeant’s shares dropped 75% after a short seller accused it of using a pharmacy to artificially inflate its sales. And the Toshiba accounting scandal in 2015 forced president and CEO Hisao Tanaka to resign.

It’s not just the CEO or the company’s stock that takes a hit when the organization is enmeshed in scandal. In the September 2016 Harvard Business Review article, researchers say people who work for a company that has been enmeshed in scandal make less money when they leave to work elsewhere. Overall, executives are paid nearly 4% less than their peers, and that can grow significantly bigger years down the road.

Whatever financial benefit Takata might have enjoyed in the short term, the long-term consequences are nothing short of dire. If the class-action lawsuit against Honda, Nissan, Toyota and Ford rules in favor of the plaintiffs he notion of making money at all costs will also prove to be catastrophic at these companies.

Hire and promote only honest, accountable people and get rid of the rest.

It’s appalling that most corporate job descriptions focus only on what the applicant needs to know or do. Knowledge and skills are necessary, but they’re not enough to help companies thrive. What does it matter if your risk manager is deeply knowledgeable and highly skilled if she is also willing to fudge the truth, lacks the courage to take action when needed, or makes unfair demands on her staff?

In the ethics trainings I lead, I hear C-suite executives lament, “We hire for competence and fire for character,” but it doesn’t have to be this way. Why not hire and promote only honest, courageous people and let the rest go? It’s not only possible to do this; from legal, financial, and PR perspectives, it’s essential.

In 2014 I interviewed Bill Treasurer, author of Courage Goes to Work, about how to hire courageous people, and he suggested asking a job candidate, “Describe a time when you had to disagree with someone in authority and stand your ground. What was the situation? How did the other person react? What did you do?” You can tell a lot about the candidate’s character by how he responds. The engineer at Ford who spoke out about the faulty air bags is the kind of person you want on your team. Had the leadership acted on this person’s advice, the company wouldn’t be a defendant in that class-action lawsuit.

A full account of how companies can hire ethical people is beyond the scope of this article, but as the CEO of the Institute for High-Character Leadership, I can attest that it is possible to show hiring managers how to do this.

“Companies bring problems like Takata’s on themselves by placing profits of the company above the most basic concerns for their customers,” says Bullseye Capital’s Joel Block. “Public relations nightmares such as this one could be mitigated or avoided entirely by hiring and retaining high-character employees at every level of the organization. These are the people who will fight to balance profit against the company’s responsibilities to the public.”

Bruce Weinstein is a speaker and corporate trainer in ethics, leadership, and character. He is author of the book, The Good Ones: Ten Crucial Qualities of High-Character Employees.