Here are some of worst car scandals in history 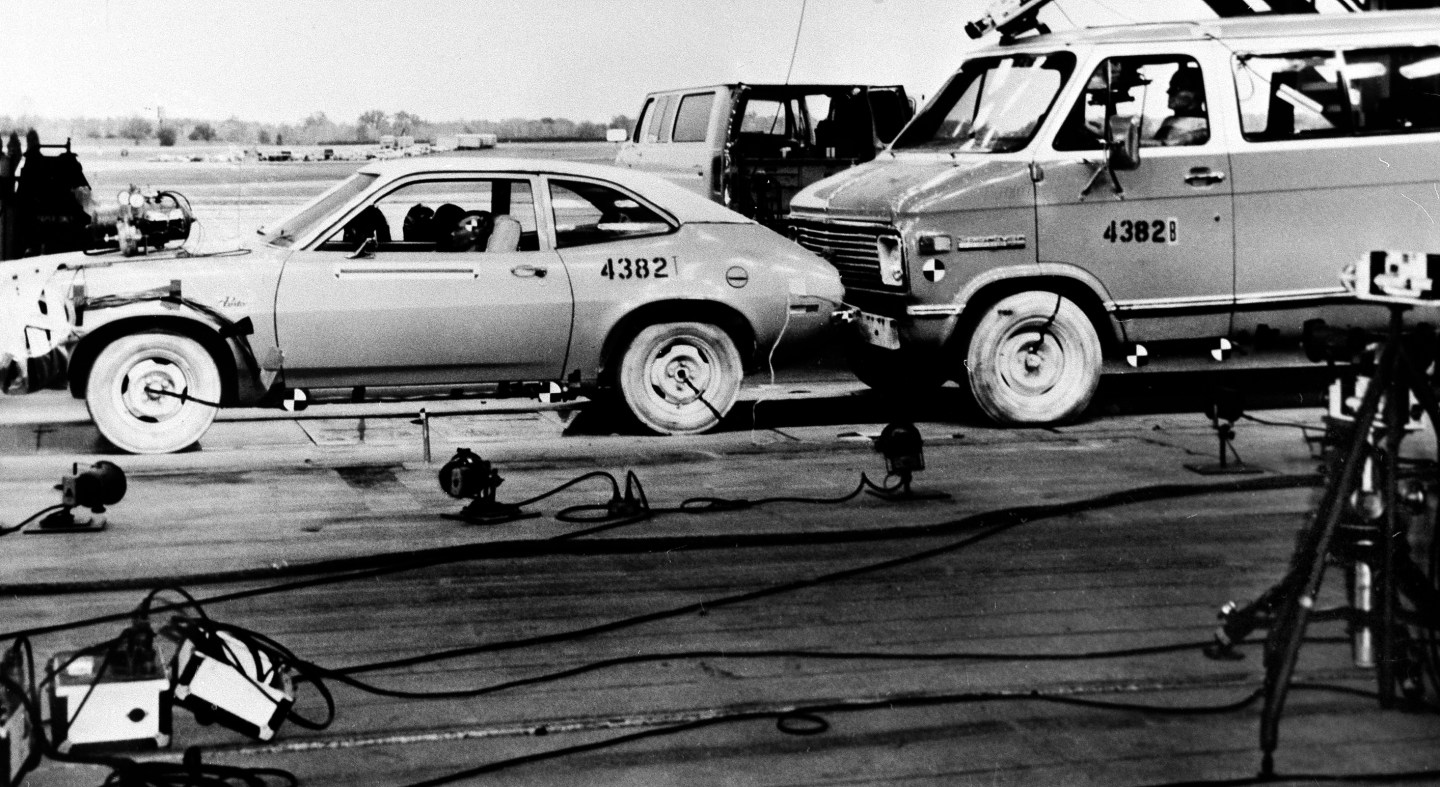 Volkswagen’s faked diesel emissions testing led to the resignation of Martin Winterkorn as Volkswagen AG chief executive officer, and it’s prompted global outrage. But the scandal is just one of a long line of spectacular automotive disasters.

From the 1960s on, some of the most popular, esteemed auto giants have been embroiled in controversy and lawsuits as investigations — by the media and regulators — linked engineering and safety problems to injuries and deaths. Regulators have steadily added tough safety, emissions and fuel efficiency standards, and in the U.S., class-action lawsuits that have yielded big judgments is putting additional pressure on auto companies.

Automakers in the U.S. are responsible for conducting their own emissions tests, albeit according to government standards, and submitting the results. In Europe, automakers choose third parties to conduct the tests. But non-governmental organizations and universities can conduct independent probes, which in the case of VW led to the Environmental Protection Agency looking into the matter.

Though automakers often complain that U.S. regulations have grown too stringent, history shows that compliance typically comes due to the discovery of defects and problems that are reported by consumer testing and quality organizations such as the Insurance Institute for Highway Safety, J.D. Power & Associates and Consumer Reports. Some media attention also helps.

Here are some of the most spectacular automotive crises in U.S. history:

Perhaps the granddaddy of all automotive scandals. It also led to Ralph Nader becoming a household name. In 1965, Nader published his devastating book, Unsafe at Any Speed, in which he detailed how General Motors’s penny-pinching caused the Corvair to be unsafe. GM wouldn’t spend the extra money to make the swing-axle rear suspension more stable. Nader also revealed that the Corvair had a single-piece steering column that could impale the driver in a collision. GM responded by hiring private detectives to destroy Nader’s reputation. Nader sued, won a settlement and used part of it to set up a Center for Auto Safety. James Roche, the automaker’s president, was compelled to apologize for the behavior before a U.S. Senate subcommittee.

Ford Motor Co. built more than three million Pintos in the 1970s, a smaller, lighter car meant to be economical in the face of soaring energy prices (and Japanese competitors). Pinto became a subject of controversy after Mother Jones magazine exposed that it was prone to deadly fires in rear-end collisions; Ford’s internal documents showed the company knew of the potential problem but chose not to fix it, calculating that it would be cheaper to pay out possible injury claims. Following the deaths of three teenage girls in Indiana, Ford was indicted for negligent homicide — although the company was acquitted. In 1978 Ford initiated a recall to install a new part to the filler cap and other parts to deflect contact in the event of a rear-end collision. In more recent years, doubts have been cast as to how severe this defect actually was, notes Popular Mechanics.

Back in 2000, when more than a 100 people died in Ford Explorers, many of them equipped with Firestone tires, there was a national debate over large sport-utility vehicles and whether they were prone to rollover. The National Highway Traffic Safety Administration pointed the finger at Firestone tires, some of which reportedly had a tendency to shred. Firestone recalled 6.5 million tires. Ford in 2001 ousted its chief executive officer, Jacques Nasser.

In 2009, a California Highway Patrol Officer was driving a Lexus sedan when the car lost control; he and his family died in the crash. National coverage followed, and Toyota issued several recalls, assuring customers that it was addressing the “root cause:” floor mat entrapment. But the automaker later admitted it was hiding a problem with “sticky pedals,” the accelerators getting stuck at partially depressed levels, and it also was minimizing the scope of the floor mat entrapment.

In 2014, Toyota also paid a whopping $1.2 billion fine, the largest ever paid by an automaker, to avoid criminal prosecution; as part of the settlement, Toyota admitted that it “misled U.S. consumers by concealing and making deceptive statements.”

Faulty ignition switches on Chevrolet Cobalts and other models built during the last decade have been linked to the deaths of at least 124 people. Congressional testimony and investigations by the company and regulators revealed that GM engineers knew of the faulty switch for at least a decade, but a series of errors led to affected vehicles being recalled only in 2014. Earlier this month, GM paid a massive $900 million fine to settle federal criminal charges in connection with the defect. The company admitted to misleading the government, and GM will monitored for its safety practices over the next few years.

The Japanese manufacturer of airbags has recalled airbags in some 19.2 million vehicles in the U.S. due to a tendency of the device to deploy with too much force, sending metal scraps flying into the passenger cabin. Eight deaths and about 100 injuries in the U.S. have been attributed to the defect. According to a New York Times report, Honda, one of the companies using the bags, and Takata knew about the dangerous airbags for years before disclosing it to the public and issuing recalls. In early September, the National Highway Traffic Safety Administration said that its investigation is expanding to include a wider range of airbag types made by Takata.